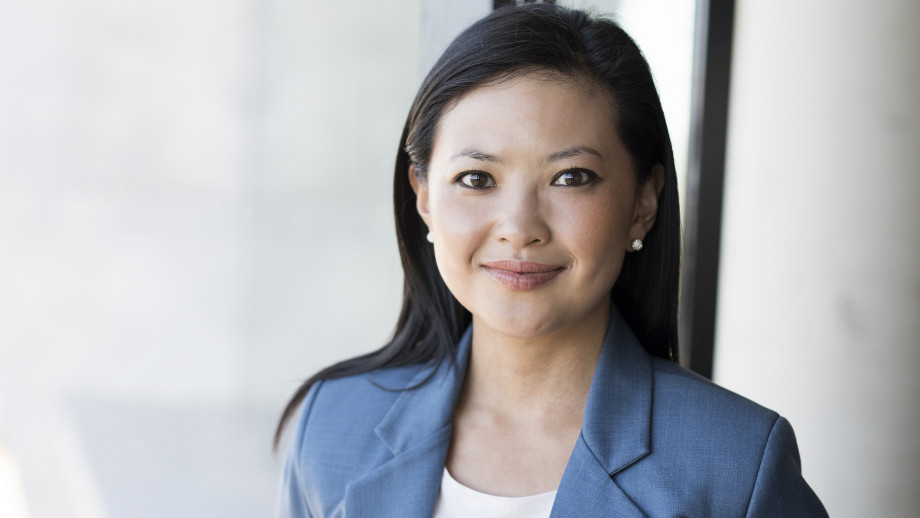 ANU trained me to think globally. It inspired me to use my legal and Asian studies knowledge to contribute to Australia's engagement with the world.

Helen Zhang gave up a position with a commercial law firm in China to pursue a career in the Australian Department of Foreign Affairs and Trade (DFAT).

Her Law and Asian Studies degrees at ANU have been invaluable for her diplomatic career where she is able to use her extensive knowledge of international law and foreign affairs.

Early in her career at DFAT, she had the opportunity to travel to Beijing to be part of Australia's negotiating team on the Australia-China Free Trade Agreement. Her Mandarin skills, refined at ANU, were a valuable asset.
Her Honours thesis on cyber warfare and international law, supervised by Professor Don Rothwell, laid important groundwork for the issues she currently deals with.

The Chinese-born Australian diplomat works in the challenging political climate of Israel and the Palestinian Territories, analysing the strategic realignments and socio-economic upheavals in the Middle East following the Arab Spring.

As Second Secretary (Political and Economic) at the Australian Embassy in Tel Aviv, she is responsible for reporting on Israel's relations with other foreign powers in the region.

Her work varies from consulting with Israeli journalists, analysts and officials on issues relevant to Australia's strategic interests, to convening roundtables for the international diplomatic community on pertinent foreign policy issues, traveling to the periphery of Israel's borders (including Gaza and the Golan Heights), and promoting Australian interests in Israel through public diplomacy.

She helped create a month-long series of events under the Ozraeli banner to widen the outreach of the embassy and celebrate the common features the two countries share and their strong diplomatic ties.

Helen has stayed in close contact with ANU since graduating.