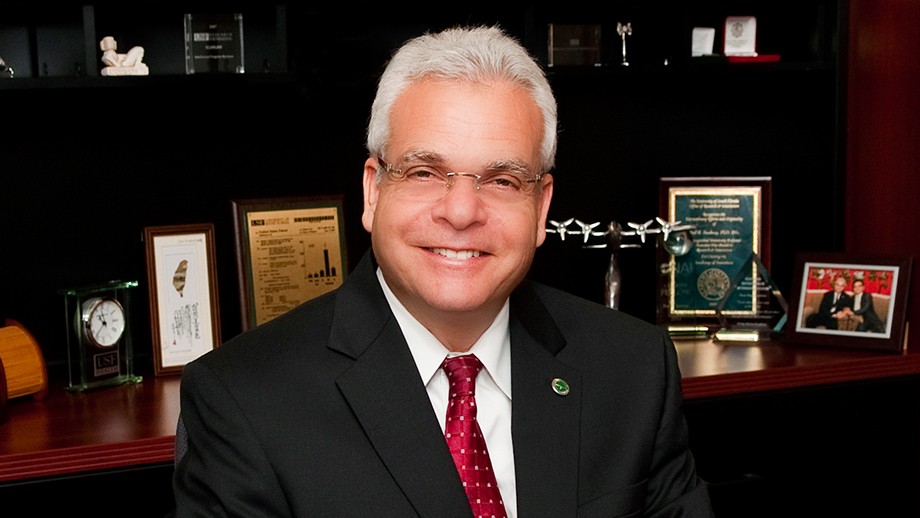 ANU fulfilled my dream of conducting research at a world-class university and laid the groundwork and training for my career accomplishments. I'm grateful for the many excellent university mentors who encouraged me to develop my creativity and scholarship

With a blend of high impact scientific contributions, success in commercialising biotechnology inventions and effective direction on an international level, Dr Paul Sanberg is a stand-out leader.

As Senior Vice-President for Research, Innovation and Economic Development at the University of South Florida, Paul has spearheaded research into the use of adult stem cells for the repair and regeneration of aging and diseased brains. As Executive Director of the Center of Excellence for Aging and Brain Repair, his personal publications have generated more than 22,000 citations and led to many innovations.

He has translated research into clinical trials, helped commercialise biotechnology creations and holds 39 US and 70 foreign patents. Paul is also the Founder and Chairman of Saneron CCEL Therapeutics, a company which develops umbilical cord blood stem cells for potential clinical treatments for degenerative diseases.

At the University of South Florida, Paul has created a vibrant creative culture that has resulted in the institution being repeatedly ranked in the top 15 universities worldwide for producing US patents. He also founded the state-recognised Florida Inventors Hall of Fame, which honours those inventors whose achievements have advanced the quality of life in the state.

As a result of his achievements, Paul was appointed as a member of the US National Medal of Technology and Innovation Nomination Evaluation Committee, which provides recommendations to the US President.

Paul is also the founding President of the not- for-profit National Academy of Inventors, which now has more than 3,000 members and Fellows in over 200 universities worldwide and works closely with the US Patent and Trademark Office to enhance academic innovation.

Paul's accomplishments can be tracked from his experiences at ANU. While studying in Canada, he attended lectures by ANU-based Nobel Laureate Sir John Eccles. Paul was inspired by Sir John, who recommended that he apply to ANU and move to Australia for his PhD.

The high quality of Paul's PhD was recognised when he received the prestigious JG Crawford Medal in 1981. By the time he had graduated, Paul had published more than 30 journal articles. Nearly two decades later, he received a Doctor of Science in Neurobiology from ANU.