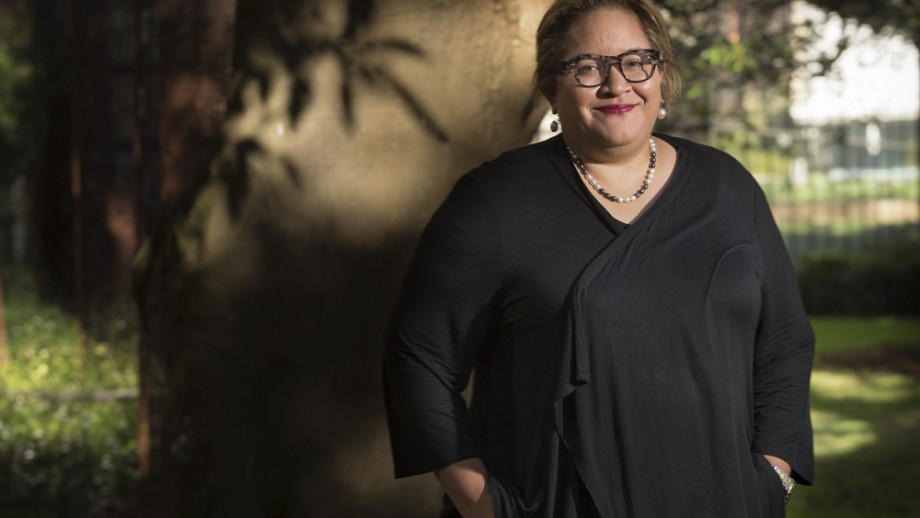 There are some really big policy questions that are going to emerge for Aboriginal and Torres Strait Islander communities...we need to respond to that and lead that conversation so that it's not being led by non-Indigenous people.

2018 Indigenous Alumna of the Year

Megan Davis is one of Australia's most highly regarded lawyers specialising in public law and public international law. She is a Cobble Cobble Aboriginal woman from the Barrungam nation in south-west Queensland.

In June 2017 Megan became the first Pro Vice-Chancellor Indigenous at the University of New South Wales (UNSW), to provide UNSW with strategic direction on a UNSW Indigenous strategy. In September 2017, she was elected to the Academy of the Social Sciences in Australia in recognition of her contributions to human rights and Indigenous law and has previously been elected to the Australian Academy of Law.

Megan has spent the past decade leading the UNSW Indigenous Law Centre and its research agenda on constitutional recognition and reform culminating in her work on the Referendum Council. Megan is the first Aboriginal Australian elected to a United Nations body as Australia's representative on the UN Permanent Forum on Indigenous Peoples.

In 2017 she was elected by the UN Human Rights Council to the UN Expert Mechanism on the Rights of Indigenous peoples. During her time at the UN she addressed the core issues affecting Aboriginal women, such as violence, and examined how the Declaration on the Rights of Indigenous Peoples is being implemented by different states as well as how it is used by different courts.

Megan was a Visiting Fellow in August and September 2008 at the ANU National Centre for Indigenous Studies. In 2011, she submitted her PhD, which investigates the relationship between Aboriginal women and liberal democracy. She undertook her doctorate at the Regulatory Institutions Network at ANU, while also directing the Indigenous Law Centre at the University of New South Wales.

"It's Australia's best university and you're really proud to be a graduate from there. The networks you develop with other alumni as a consequence of that are a really special thing."