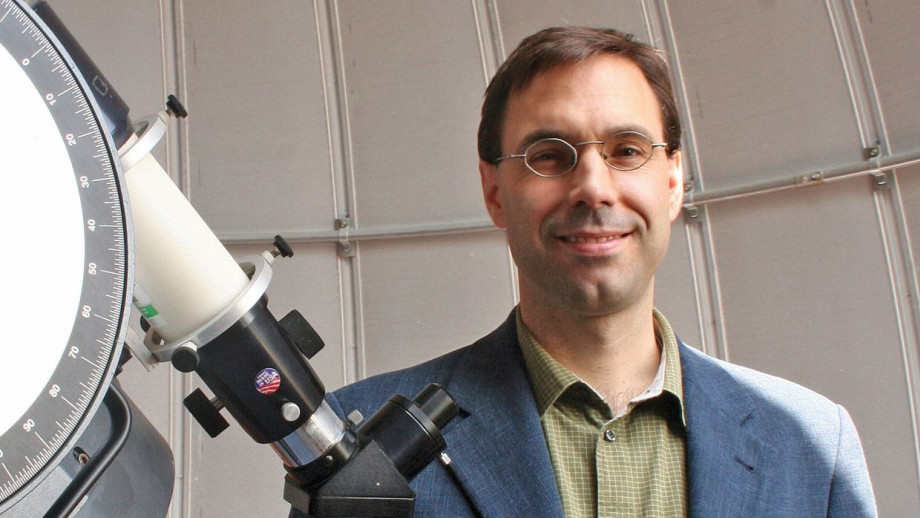 Before Martin Bureau became a leading expert on the formation and evolution of galaxies at the University of Oxford, he was taught how to brew beer by none other than ANU Vice-Chancellor Professor Brian Schmidt.

Originally from Canada, Martin resisted the more typical Canadian option of heading to the USA for graduate school and chose to come to ANU instead.

"I was keen on combining study and travel - in particular scuba diving - and being in an excellent place for astronomy. So Mount Stromlo and Siding Spring Observatory was an excellent choice with its guaranteed access to telescopes and the presence of many experts on galaxies."

Martin remains grateful for the candid advice he received from his ANU supervisor, Professor Ken Freeman, who told him "You must get the bullshit factor just right".

Professor Freeman also recommended networking with students his own age as "when you will be in a position of power the senior professors will not be there anymore and you will be making decisions with people who are currently your fellow students", advice which Martin believes was 'spot on'.

In addition, Martin credits ANU with teaching him useful skills for his career in academia, especially the ability to evaluate new works and gauge whether ideas might be productive or not.

"The fact that I was based in an observatory, rather than a standard university department, also provided me with superior knowledge of how telescopes and instruments actually work and ample (usually very competitive) telescope time to carry out my research. My research simply would not have been possible outside of an observatory."

Despite his success, Martin admits that he still faces some challenges.

"I find it incredibly hard not to get involved in every project that looks interesting, and not to work with everybody interested in collaborating with me. I have a tendency to spread myself too thin and to then work too much to compensate. Finding the right balance between teaching, research, administration and 'citizenship' is challenging for the same reasons, but I always try to prioritise students."

Martin's advice for recent graduates is not to take decisions based exclusively on maximising success in research or academia.

"Take decisions that are good, if not optimal, both professionally and personally. So move to a place you want to experience and work on a project where you will learn new skills. That way, if in the end you are not successful, you at least enjoyed the experience while it lasted."

And as for the reason Martin developed brewing expertise?

"Back when Vice-Chancellor Brian Schmidt was a 'mere' postdoctoral fellow he taught me and a bunch of other students how to brew beer at home, to be used for the observatory's Christmas party!"

Martin Bureau is Professor of Astrophysics at the University of Oxford as well as Lindemann Fellow and Tutor in Physics at Wadham College. Previously, Martin was a NASA Hubble Fellow within the Department of Astronomy at Columbia University, New York City, and a postdoctoral fellow at Leiden Observatory at the University of Leiden. He obtained his PhD at Mount Stromlo and Siding Spring Observatories (now the Research School of Astronomy and Astrophysics) at ANU.