Hitting the high notes in his international symphony

Follow Leonard Weiss (BMus '14), talented ANU School of Music graduate, on his journey to study with a maestro.
30 April 2020 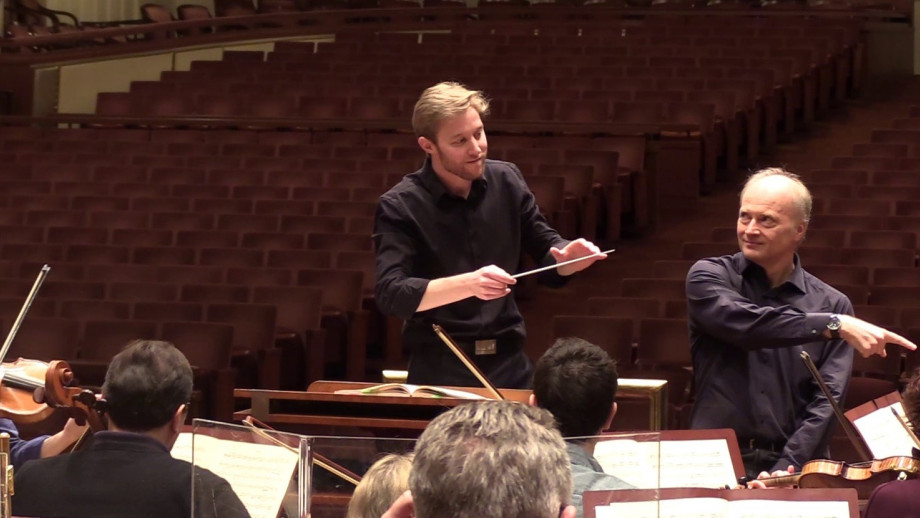 In August 2019, talented conductor, carillonist and ANU School of Music graduate, Leonard Weiss, moved to Baltimore. He had secured a highly competitive opportunity to study a Master of Music, Conducting, at the Peabody Conservatory of the Johns Hopkins University under the Baltimore Symphony Orchestra's artistic director, Marin Alsop.

Leonard was humbled by this opportunity to study with the maestro.

"It will be quite an experience returning to campus life," said Leonard before his shift to Baltimore.

Leonard credits his time at ANU with setting him up for his subsequent success in his career.

"My time as an undergraduate student at the ANU School of Music was pivotal in shaping my musical career. My first orchestral conducting opportunities presented themselves during my time studying composition, and many more opportunities stemmed from those initial successes."

During his study with Marin, Leonard has been involved in a whirlwind of activities.  He has conducted the National Symphony Orchestra in a masterclass with their Music Director Gianandrea Noseda, working on Beethoven's Symphonies Nos. 2 & 4.

In February 2020, he made his opera debut conducting Kaija Saariaho's Émilie, performing to a full house with new friends at Peabody ­­-- a collaboration between the New Music faculty, director Garnett Bruce and Grammy-award-winning voice faculty member, Elizabeth Futral.

Besides observing the Baltimore Symphony rehearse each week along with a busy class schedule this semester, Leonard is studying German, Alexander Technique and Opera Coaching.

"Marin is with us most weeks, alongside a cast of Baltimore Symphony guest conductors," said Leonard. "Over the past seven weeks, we have studied and rehearsed Bartok's Concerto for Orchestra, Mahler's Symphonies Nos. 3 & 4, four of Beethoven's symphonies, Copland's Appalachian Spring, and symphonies by Mozart, Haydn, Mendelssohn and Dvořák."

"Though our schedule is avoiding in-person learning for the time being, Marin and other guests are being very generous with their time in online classes and additional individual e-meetings."

Despite his global experience, Leonard has continued his relationship with ANU.

"I have maintained a strong connection as the Classical H-Course Coordinator over the past few years, conductor of the ANU Choral Society, working with many of the School's faculty as guest soloists, and showcasing new works by their composition faculty and students."

"Of course I have been fortunate to perform on campus several times- I absolutely love the sound and experience of conducting a full orchestra in Llewellyn Hall!"