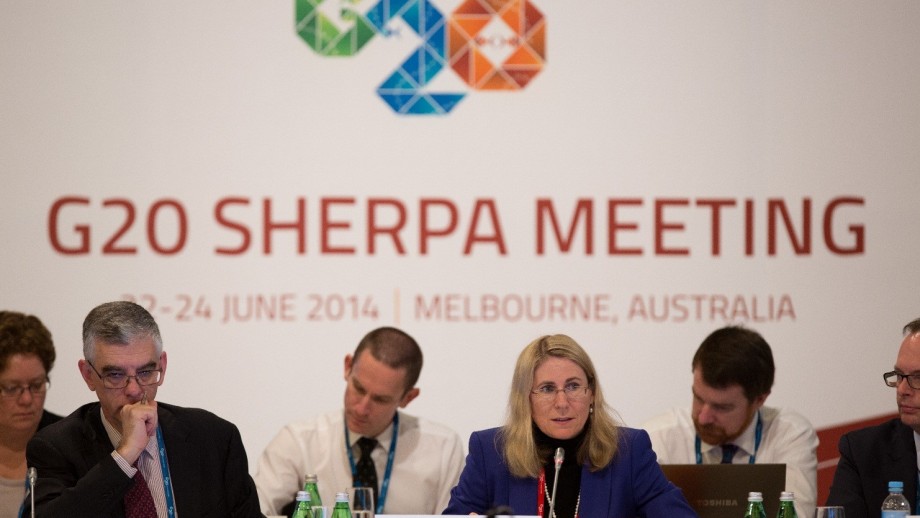 Dr Heather Smith was awarded a Public Service Medal (PSM) in the Queen's Birthday 2015 Honours for her outstanding public service as Australia's 'sherpa' for the G20 (2014). Dr Smith has performed at the highest level in support of government outcomes in roles in the Treasury, Office of National Assessments, the Department of Foreign Affairs and Trade and the Department of the Prime Minister and Cabinet. Currently, she serves as the head of the Department of Communications and Arts. In each of these roles she has consistently delivered substantive, quality outcomes.

Dr Smith's achievements as the Australian G20 'sherpa' in 2014 saw her demonstrate excellent strategic and leadership skills in developing the policy agenda and securing strong support from G20 members for the desired outcomes. The G20 Leaders' Summit was the largest international meeting held in Australia and was highly successful with major outcomes that will strengthen global growth, enhance economic resilience and advance collaboration on trade and energy.

During 2013-14, Dr Smith attended the Sherpa meeting in Moscow (October 2013) and chaired Sherpa meetings in Sydney (December 2013), Uluru (March 2014) and Melbourne (June 2014). Throughout this period, Dr Smith visited G20 and non-G20 countries and met with business and community stakeholders to build support for practical and ambitious summit outcomes. Dr Smith's commitment and dedication to the G20 summit significantly reinforced Australia's bilateral relationships and reputation on a global scale.

Dr Smith graduated with a PhD in 1994 and a Masters of Economics in 1990 from the Australian National University. She also holds a Bachelor of Economics (Honours) from the University of Queensland. Before joining the public service, Dr Smith was an academic working on North Asia at the Australian National University, holding various positions from 1994-2000. She also worked at the Reserve Bank of Australia from 1988-1990.