» Newsroom » All news » What will young Australians do with their vote?

What will young Australians do with their vote?

Young people may flock to the polls, but there is also a real risk they will do the opposite, writes Intifar Chowdhury.
19 April 2022 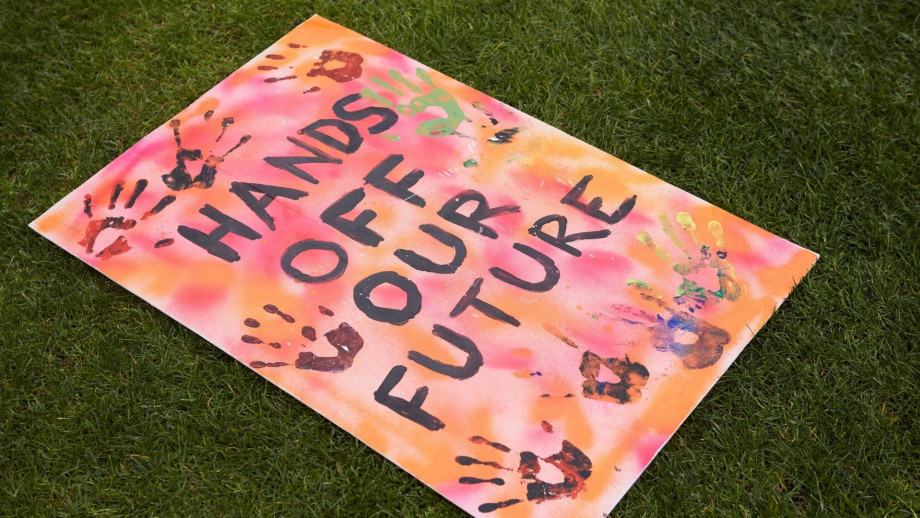 There have been suggestions Australia could see a "youthquake" at the upcoming May 21 election.

Spurred on by their suffering during COVID and anger about economic inequality, environmental inaction and toxicity in federal parliament, young people may flock to the polls.

But there is also a real risk they will do the opposite.

How many young people are enrolled?

As of March 2022, more than 1.6 million 18-to-24 year-olds were enrolled. According to the Australian Electoral Commission, this is 85.4 per cent of the group, which is slightly higher than the national target of 85 per cent and similar to the 85.8 per cent rate in March 2019.

This hopeful trend bolsters my recent research suggesting young Australians care as much about politics as their older counterparts. In the same study, I show short-term political, economic and social circumstances best explain electoral behaviours among Australian voters.

This means the pandemic, among other generation-defining events such as the 2019-20 bushfires and the Russian invasion of Ukraine, will likely influence the youth vote.

What do young Australians care about?

The 2019 Australian Election Study found 66 per cent of all voters surveyed cast their ballot based on key policy issues - the most important was the economy, followed by health and medicare.

But there was considerable difference in what concerned younger voters. Half of 18-to-24-year-old voters surveyed identified an environmental issue as their top consideration in the 2019 election. Among economic issues, they were particularly concerned about property prices.

In 2022, these issues will continue to be front-of-mind for young people.

Under 30s, who work in hospitality and other casual jobs, have borne the brunt of pandemic job uncertainty. They are likely to stumble out of the pandemic with shrinking incomes, mounting HECS debt and alarming rates of underemployment.

On top of this, they are facing increasing living costs and a housing affordability crisis.

Young people were at the back of the queue for COVID vaccines and have reported a spike in mental health issues as a result of lockdowns and pandemic-related isolation and stress.

Social and environmental issues are also likely to factor into young people's votes.

Continuous mistreatment of women in federal politics is not good news for either major party. Understandably, young Australian women are unimpressed by the handling of women's safety: so it won't be surprising if they abandon both the major parties at the poll.

We also know young people care deeply about climate change and are very cynical about the major parties' ability to deliver meaningful action.

This presents a real opportunity for the Australian Greens and their climate policies. The long-term voting patterns of voters aged 18 to 34 show although Labor attracts more young people than the Liberals, both major parties have been losing their youth vote to the Greens over the past few decades.

In fact, the 2019 election exhibited the lowest Liberal party vote on record for this age group (23 per cent) and the highest on record for the Greens (28 per cent). The ALP received 37 per cent.

Young Australians at the polls...or not?

In a recent analysis, I suggest the cocktail of pandemic-related stresses is forging a generation of more financially aware, politically engaged, and resilient young people.

However, growing distrust of politicians may stand in the way.

In Australia, young people largely blame their growing wariness of government leaders on factors like poor performance. In 2004, an electoral commission study found that first-time voters thought of politicians as promise-breakers who are not interested in young people and behave badly in parliament. This has not changed. In fact, the entire electorate's confidence in the moral integrity of politicians reached its lowest level last year, dropping by nearly 20 per cent since 2007.

Compulsory voting might tie young citizens to the Australian political system, but this significant decline in trust, together with a pandemic fatigue, might make them less enthused about casting their vote.

Historically, defying international trends, young Australians have been as diligent as older Australians about turning up on election day. But the 2022 election will test this.

Although not part of a significant trend, inner-city electorates did see a drop in youth vote in 2019, reminding us that issues of the time can sway some young people away from the polls.

Either way, more than ever, the youth vote will be crucial for the upcoming federal election.

This article is republished from The Conversation under a Creative Commons license. Read the original article.