» Newsroom » All news » "The Ancestors are with us": Lucashenko's call to action

"The Ancestors are with us": Lucashenko's call to action 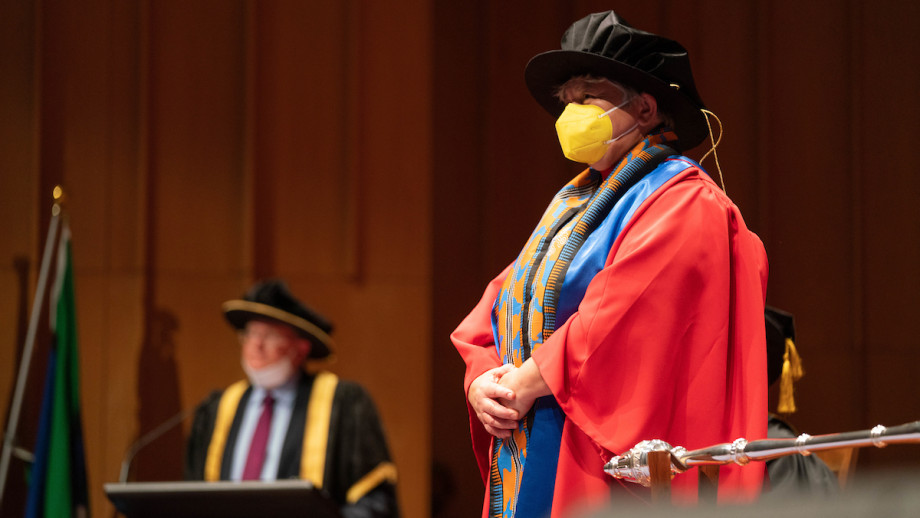 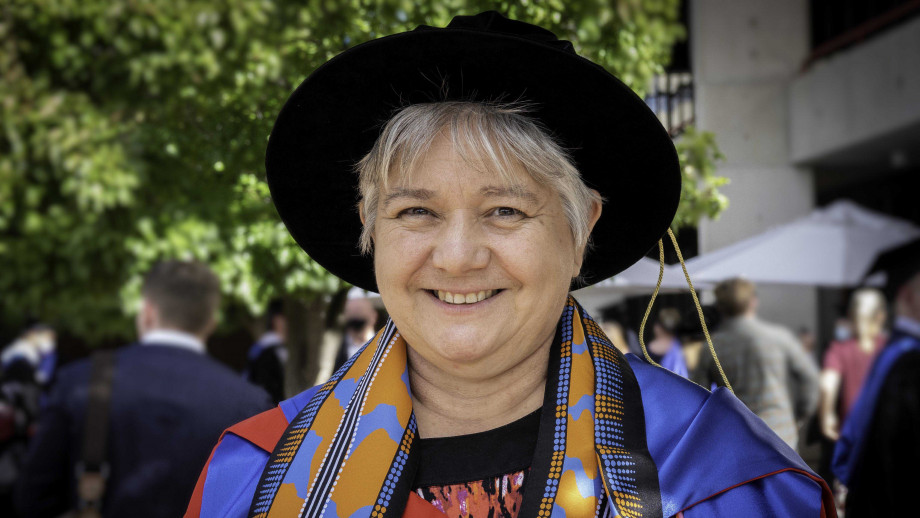 Acclaimed author Melissa Lucashenko has called on Australians to "choose a radically different path" when it comes to the treatment of women, Indigenous Australians and our land, while being honoured for her services to literature at The Australian National University (ANU).

The 2019 Miles Franklin winner accepted an honorary doctorate on Tuesday 8 February as part of the University's 2022 graduation ceremonies.

Ms Lucashenko used her speech to call out the bullying she sees as the "default setting" in Australian politics.

"Because many Australians have never experienced being treated with full respect, this epidemic of bullying and belittling remains invisible," she said.

In her speech, Ms Lucashenko referenced the mistreatment of women in Parliament House. She noted that "rape culture" has been a long-standing issue in Australia's colonial history.

The proud Aboriginal writer of Goorie (Bundjalung) and European heritage also spoke about the climate emergency we're currently facing, and the urgency needed to "save our only home".

"We can choose a radically different path. We can change our ideas, our words and our votes. There is still time. Let's not waste it on meaningless words by hollow men, but act, and act swiftly."

Ms Lucashenko is no stranger to Canberra and the ANU campus.

In 2019 she spent time here as the inaugural HC Coombs Creative Arts Indigenous Fellow, working on her new novel.

"It's set in colonial Queensland, a time when the world was changing rapidly and it could have gone in many different directions," Ms Lucashenko said.

"I'm trying to portray both the history of what did happen - invasion and colonisation - but also what could have been, other avenues that could've been taken.

"I think one of the things holding Australia back is the idea that violent colonisation was inevitable, there was no other way to behave. I'm writing against that."

Ms Lucashenko said she was "incredibly grateful" for the chance to sit and think about her project.

"Being hundreds of kilometres from home kind of allows you to be in a different headspace."

The HC Coombs Creative Arts Indigenous Fellowship was established in 2019.

It allows the recipient to work and develop new ideas while interacting with the University's staff and students.

"I feel I've hopefully opened a door and other First Nations artists will be able to come through that open door after I've been and gone," Ms Lucashenko said.

More information about the fellowship is available on the ANU website.