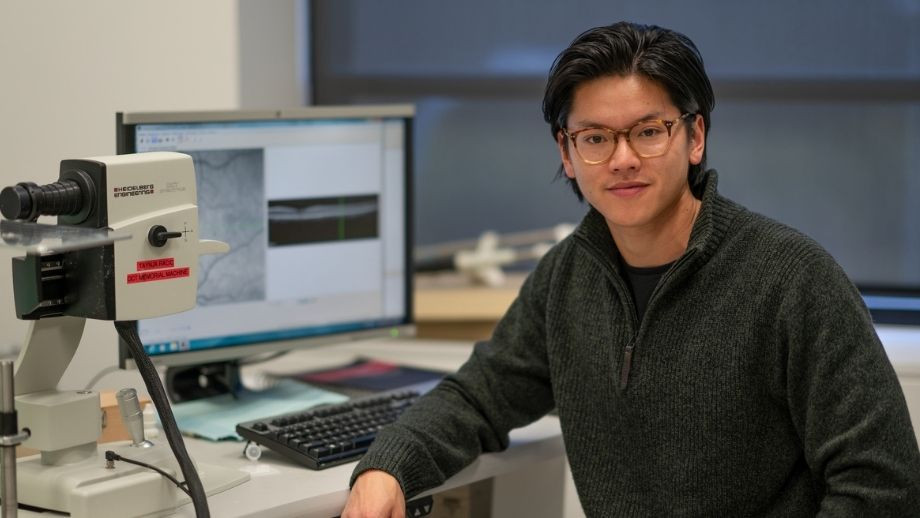 What's the one sense you couldn't live without? In Dr Josh Chu-Tan's experience, people usually say their sight.

Since 2014, the Postdoctoral Fellow and Associate Lecturer at The Australian National University (ANU) has been researching age-related macular degeneration (AMD), the leading cause of blindness in the developed world. It affects one-in-seven Australians over the age of 50.

Dr Chu-Tan's previous work has investigated preventative gene therapy using tiny molecules called microRNA to target retinal degeneration, which was the topic of his presentation at TEDxChristchurch in 2019.

His latest project with colleagues at the Clear Vision Research Lab at the John Curtin School of Medical Research is exploring how to identify, isolate and harness the benefits of exercise to protect against retinal damage. If successful, the research could have significant impacts for people with AMD.

Research over the last decade has shown how exercise might ameliorate the symptoms of neurodegenerative diseases such as AMD, Parkinson's disease and Alzheimer's, but how it's doing that in the brain and retina is unclear, Dr Chu-Tan said.

"We know the cardiovascular benefits of exercise, how good it is for the whole body, but it's recently been discovered that muscle actually sends out a whole bunch of signals to the rest of the body and a lot of these reach the brain and the retina potentially," he said.

Dr Chu-Tan and the Clear Vision Research Lab are trying to prescribe the molecular message of exercise for those who physically might not be able to.

"So if you can't exercise, but we know how good it is for you, can we find out why it's good for you? What are the signals being released by the muscles et cetera, and reaching the retina and reaching the brain, and can we then prescribe that as a form of artificial exercise if you're physically not able given the age-related nature of these diseases?"

Throughout his career, Dr Chu-Tan has made the most of opportunities to raise awareness of AMD and his research, including by presenting at TedX and other events. In 2017 he ran the 10-kilometre Canberra Times Fun Run blindfolded.

"A number of people in our lab did it as well to have a better understanding of what it is we're working towards and what it is that people who suffer from significant vision problems have to go through," he said.

As one of the recipients of the ABC TOP 5 Science media residencies announced today and offered in partnership with ANU, Dr Chu-Tan will work with leading broadcasters to learn how to communicate his research and expertise.

During the residency, he will complete a two-week online placement with ABC Radio National. He's hoping the experience will help him improve his science communication skills and give him the tools to better use media to raise awareness of research.

"Anything where we get our work out to a wider range of audiences can never be a bad thing," Dr Chu-Tan said.