» Newsroom » All news » Making her mark It's an honour to be recognised by my peers for the work I'm doing.

In October 2022, Sharon was elected to the Australian Academy of Health and Medical Sciences.

"It's an honour to be recognised by my peers for the work I'm doing," Sharon said.

Sharon is also a Fellow of the Academy of Social Sciences in Australia.

Growing up in Glasgow, Sharon always had a strong sense of social inequalities.

Driven by her desire to better understand her society around her, she asked herself why people are dying younger in East Glasgow than West Glasgow?

After completing her undergraduate in Applied Chemistry, Sharon's interest in social determinants of health equity led her to enrol in a master's in health promotion at the University of Galway, Ireland.

During her master's, Sharon found her passion for social epidemiology and the ways in which health institutions and policy overlap.

"I found my postgraduate degree professionally life changing - I felt like I found my people," Sharon said.

As an early career academic analysing health inequity in Ireland, Sharon met Professor of Epidemiology, Tony McMichael, in 2003, who was the then Director of the National Centre of Epidemiology and Population Health (NCEPH) at ANU.

Sharon was quickly inspired by Tony's work as he was one of the first academics to establish the connection between climate change and health.

When he asked her to come out to ANU to join his team, she felt she couldn't refuse.

Working at NCEPH, Sharon began her research in climate change, food systems, and understanding the relevant policy processes that matter for climate change and health.

In 2005, Sharon was approached by the World Health Organisation to head up the social determinants of health branch at University College London, an opportunity she gladly accepted.

"Working at UCL was one of the most pivotal moments in my professional career. To be an academic in that world where global politics and research collided was just the best," Sharon said.

"It opened up all sorts of opportunities for my team back at NCEPH and ANU."

Returning to ANU, Sharon went on to serve as the Director of the School of Regulation and Global Governance (RegNet) for almost six years.

"RegNet is an amazing school of interdisciplinary matters and research for government, society and industry," Sharon said.

Now a Professor of Health Equity at RegNet, ARC Laureate Fellow and Director of the Menzies Centre for Health Governance, Sharon has well and truly made her mark in interdisciplinary studies.

On the occasion her appointment to the Australian Academy of Health and Medical Sciences, Sharon is grateful to the Academy for acknowledging her interdisciplinary career.

"It is a testament to the Academy for understanding the bridges between the social sciences and the health sciences," Sharon said.

Sharon hopes to use her work in the Academy to open doors for future interdisciplinary scholars.

"I want to show people that it is possible to forge a career that balances between two disciplinary approaches." 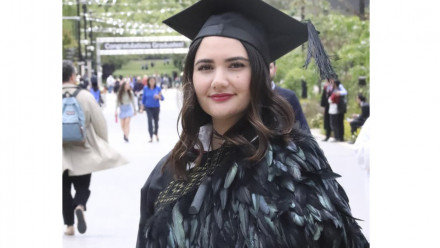 14
Dec
Reimagining cybernetics for the future  »