» Newsroom » All news » Bark paintings an archive of history and culture

Bark paintings an archive of history and culture 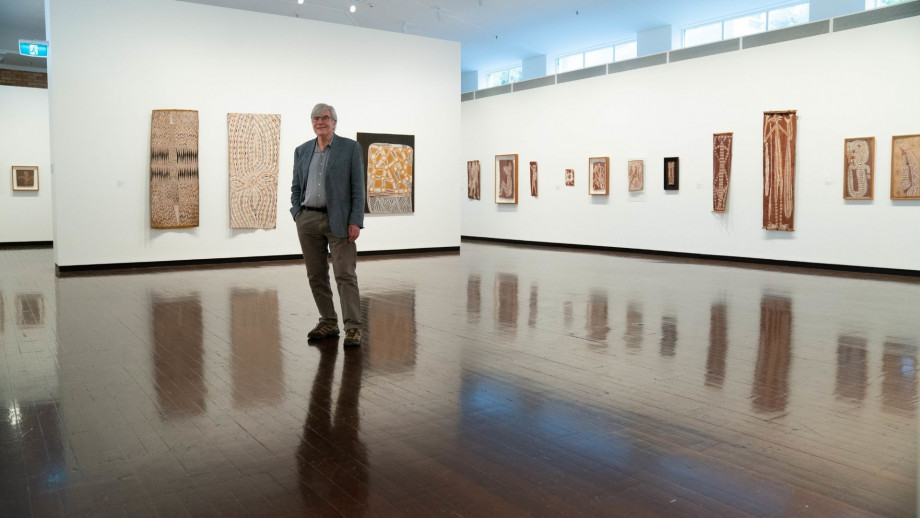 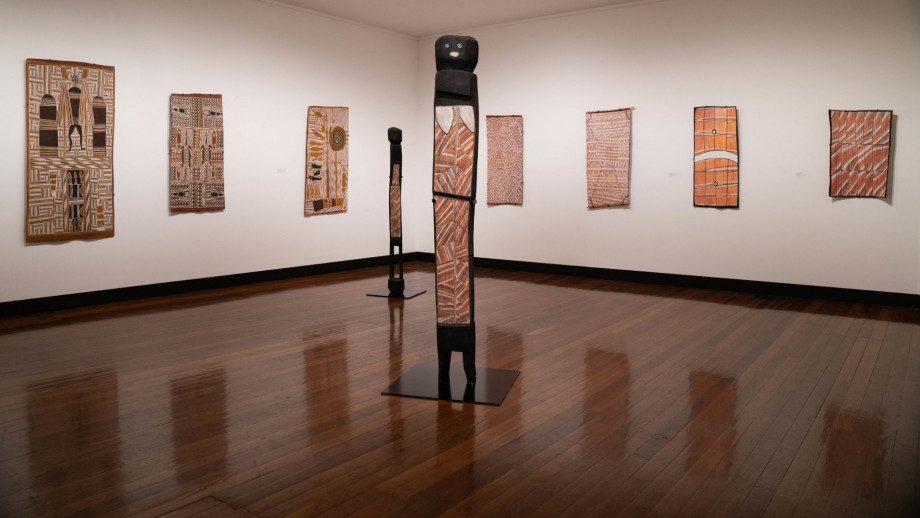 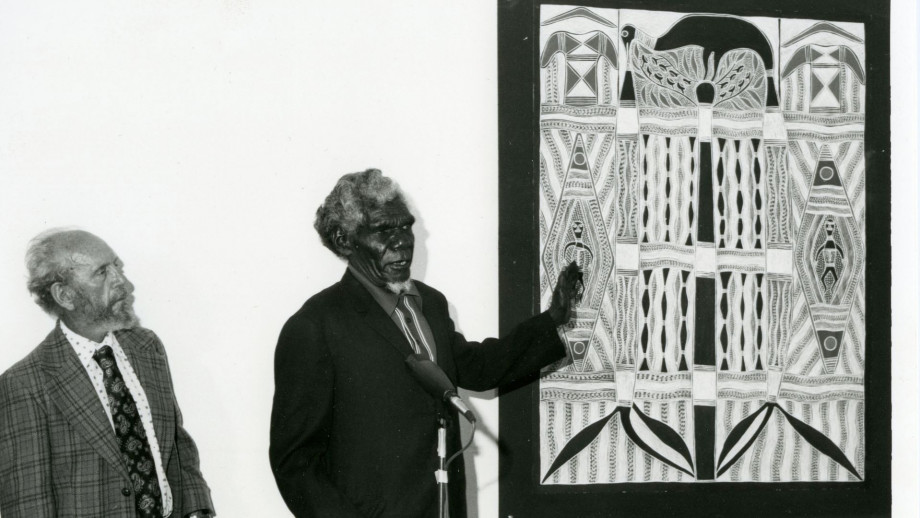 Aboriginal bark paintings hold a wealth of knowledge about Country and culture. They are also important to the reconciliation process, Megan Dingwall reports.

At the top of the painting behind Professor Howard Morphy, a black bird (a kowel or guwak in the Yolŋu language) is perched on a ganyawu tree dotted with small black cashew nuts. Underneath, long thin black lines represent possum fur spun into lengths of string and handed out to clans.

In the middle, there's a lake formed by an emu searching for water and scratching its feet on the ground, causing the water to come bubbling up. Sand dunes separate the lake from the sea.

Painted by Banapana Maymuru in 1978, the artwork tells the story of the ancestral beings who created the land at Djarrakpi, part of the territory of the Maŋgalili clan in East Arnhem Land. It's one of the pieces featured in Heart of Country, an exhibition of bark paintings from Arnhem Land on display at The Australian National University's Drill Hall Gallery.

"Djarrakpi was created by the journey of the ancestral Guwak, who travelled from a distant place towards the coast of the Gulf of Carpentaria. He travelled with a possum and an emu and those ancestral beings each night would stay at the top of a native cashew tree."

The painting depicts parts of the journey and the creation of the land, called the Promised Land by the Maŋgalili people. Banapana and his father, Narritjin Maymuru, gifted the work to ANU at the end of their time as the University's inaugural Indigenous Creative Arts Fellows. It was to thank ANU for their time in Canberra, Narritjin said when announcing the gift in 1978.

"But he was also giving it because it was a lesson that could be here for the future about the importance of Aboriginal culture to Australian society and the way that Aboriginal art is integral to their political system and system of rights," Morphy says.

Heart of Country brings together the work of four generations of Indigenous artists from Arnhem Land and beyond, and features pieces from the private collection of Donna-Marie Kelly and Andrew Dyer, and the ANU Art Collection.

Rich in stories, history and culture, there is much to learn from the bark paintings that not only depict Country; they are made from it.

Stringybark eucalyptus is plentiful across the Top End and Arnhem Land and sheets of its bark provide the canvas for most of the paintings in Heart of Country. The bark is harvested at the end of the wet season, into the middle of the dry season, Morphy explains. "If you cut a vertical line down, and then horizontal lines around, you will be able to prise the bark easily from the tree," he says.

"Then you take the curled up sheet of bark and you make a hot fire. You put the bark on top of the fire and gradually it will uncurl, and then you prepare it for a period of some four, five or six weeks by leaving it flat on the ground with stones on the top so that it won't want to go back to the shape of the tree."

Natural pigments - red or yellow ochre, charcoal or manganese, and white clay - are used as paint and applied using marwat brushes made of hair bound to a short stick achieve the fine cross-hatching that characterises the paintings from northeast Arnhem Land.

The paintings in Heart of Country represent some significant moments in the history of the recognition of First Nations rights, including how artists from Yirrkala in Arnhem Land were at the forefront of Aboriginal land rights.

Morphy points to an untitled painting by Mawalan Marika, one of the works shown at the Gove land rights case, Milirrpum v Nabalco Pty Ltd, in 1971. It was the first land rights claim by First Nations people in Australia and a similar painting was used as evidence as the Yolŋu people unsuccessfully challenged a lease granted by the Federal Government to mining company Nabalco.

"Yolŋu art and the patterns associated with it are seen by Yolŋu as basically title deeds for land," Morphy says. "In this painting there are a whole series of intersecting horizontal and vertical lines. Those are the designs that signify the Rirratjiŋu clan, but also represent the sand dunes in a place called Yalaŋbara on the coast of northeast Arnhem Land.

"It's referring to the creative act of the Djan'kawu sisters, who came to that country for the first time and established the rights of Yolŋu people in that land and gave birth to the clans who succeeded them in that land over time."

Another painting in the exhibition, Long necked fresh water tortoise by the fish trap at Ganga (1976) by Yaŋgarriny Wunuŋmurra, was the subject of the first Indigenous copyright case after the image was reproduced on fabric without the artist's permission. Wunuŋmurra was successful in gaining copyright recognition of his work in 1983.

"The issue of Indigenous copyright of their artworks was a very important one," Morphy says. "The court case established that, as the law stood at that moment in time, Indigenous intellectual property had to be respected."

The role of art in reconciliation

Aboriginal art, such as bark paintings, is a good starting point to understand the way Indigenous Australians have been engaged in the process of reconciliation from first contact onwards, Morphy says.

"In a sense, reconciliation means understanding other people's ways of life, respecting them, and then moving forward together," he says.

"Yolŋu people and Aboriginal people across Australia have always seen art, performance and ceremony as one of the ways in which they can engage outsiders and share the things they see as incredibly valuable to their way of life that are linked to their rights and to their history."

The Heart of Country exhibition provides an opportunity for non-Indigenous people to build their knowledge of First Nations cultures, but Morphy says there are other things viewers should keep in mind.

"We're now moving into an era where this is beginning to change, but there's still a long way to go."

Heart of Country is on display at the ANU Drill Hall Gallery until 12 June. 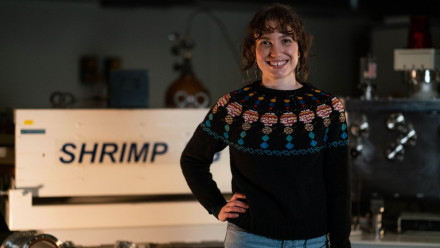 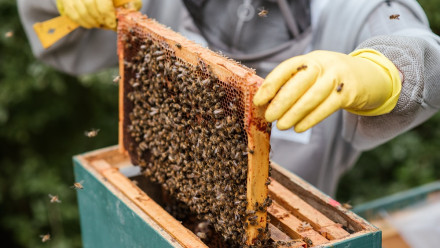