» Newsroom » All news » A billion-year soul-burning puzzle: who made cheilanthanes? 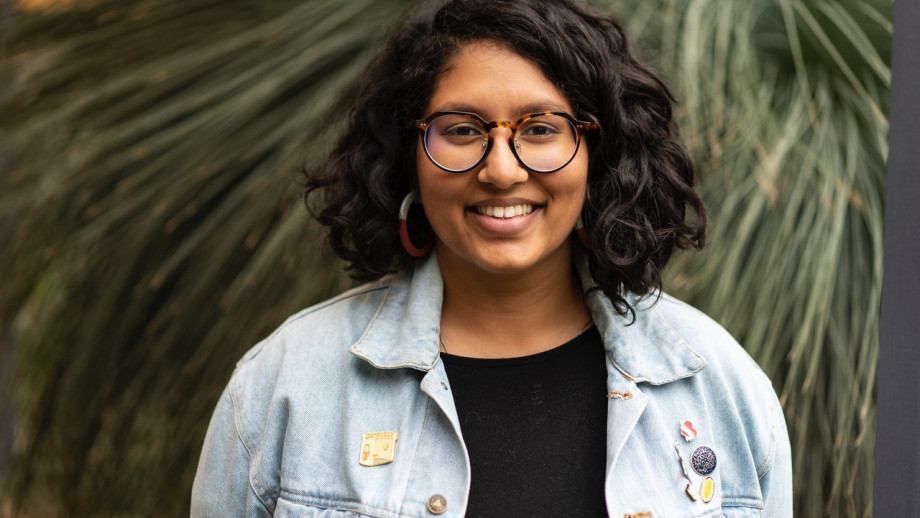 PhD student Tharika Liyanage is on a quest to solve a molecule mystery that dates back billions of years, writes Lauren Pay.

Everyone has a different soul-burning question.

It might be 'what is the meaning of life?' or 'will I ever find love?'

Such questions sit heavy on the heart, and could, in some cases, remain forever unanswered.

Most of us must learn to live with the idea of never knowing. But not Tharika Liyanage. The ANU PhD researcher has decided that instead of waiting around, she will answer her soul-burning question: who makes cheilanthanes?

They may be almost invisible, but cheilanthanes are a big deal. These fossilised biological molecules dating back billions of years are found in almost every rock and oil on Earth. There's probably more than 500 billion tonnes of the stuff. That's more mass than if we combined all the plants, animals, insect, people and fungi alive today.

The problem is we don't know who made cheilanthanes. Liyanage is on a quest to find out where they come from.

"The whole mystery was so intriguing," Liyanage says.

"Previous research on this topic had stalled because they were looking in the past, but I'm searching for the source in the present."

One is easily caught up in the drama of this mystery, even before knowing what a cheilanthane is, or why they are so important.

But important they are. This stealthy molecule is likely to play a crucial role in challenging our ideas of how life evolved on our planet.

In essence, a cheilanthane is a hydrocarbon. It can also be classified as a biomarker, which are fossilised markers of certain molecules preserved in the rock record.

"With their presence, we can start to make deductions about past ecosystems," Liyanage explains.

"Cheilanthanes are so interesting because they are found in the rock record as far back as 1.64 billion years ago, and all through the geological record to more recently."

Previous research has indicated the source of these cheilanthanes is extinct, but Liyanage has discovered that might not be the case.

Her quest for answers took her around the globe. Using a technique she invented for this purpose, she found evidence of cheilanthanes in the European Alps, and even as far as Antarctica.

"When we first realised that there was evidence suggesting cheilanthane producing organisms still existed I was dumbfounded," Liyanage says.

"We spent such a long time looking so I was nervous we were never going to find them. It really was one of those Eureka moments."

This important finding has allowed her to link the biomarker with a biological source.

"We can now work to piece together past ecosystems in Earth's history," Liyanage explains.

This discovery is the topic of Liyanage's entry to the Three Minute Thesis (3MT) competition. Having won the ANU round and then gone head-to-head with 54 other presenters in the semi-finals, Liyanage then placed second at the Asia-Pacific final.

However, Liyanage doesn't intend for the story of cheilanthanes to end here.

"There are still lots of unanswered questions about why they are made, and how this might be used to our benefit," she says.

She now has many more soul-burning questions about this amazing molecule, and will continue her research to answer as many as she can.