An innovative approach to cancer treatment

As leader of the Fahrer Group at The Australian National University, Aude and her team have tried a new formulation of a drug that promises to be more potent in the treatment of cancer.

"We have had complete remission in a mouse - in a model we've never had remissions in before with the drug."

Through all the challenges in 2020 with the pandemic and the university shutdown, the Fahrer group has forged ahead with their work.

"We have also been doing really interesting work with antibiotics and checkpoint inhibitors - these are revolutionary new drugs that are changing cancer research."

The research behind the trial has been generously supported by donors to the Lea Chapuis Memorial Fund. Lea was the Principal of Yarralumla Primary School, a close family friend of Aude and a cancer patient.

"Lea followed my research for many years and had volunteered to take part in a clinical trial. Sadly, she just missed out as she got too sick. One of her final wishes was that people would make donations to the Fund in lieu of flowers at her funeral," says Aude.

Four years after the untimely loss of Lea, the generosity of her family, friends and the community has made an incredible difference to the Fahrer laboratory.

"It has kept our research going and it's supported some brilliant young PhD students," says Aude.

"Lea was someone who spent her entire life giving love, compassion, and support to all she met and shared her life with. She valued and adored people more than anything, and for her to be able to continue this after her passing would make her immensely happy and valued."

Aude is very keen to start their second trial next year as it will combine the use of checkpoint inhibitors with the drug her team have been trialling.

"It really fits with what we've been doing," said Aude. "We've been treating cancer by injecting dead bacteria into tumours. Checkpoint inhibitors - which work by taking the brakes off the immune response - appear to also be dependent on bacteria. Our theory is that they work by helping release bacteria from the gut into the bloodstream."

"What we're doing is not really mainstream. I think it'll become more mainstream as it becomes clearer how important bacteria are in cancer. If our hypothesis is correct, we may be able to very simply improve the success rate of these checkpoint inhibitor therapies as well."

Aude is immensely grateful for the difference that donors to Lea's Fund have made to her team's research, saying that the Fund will continue to support improving a cheap, simple and potentially life-saving cancer treatment.

"Our research - and this is really innovative research - wouldn't happen without the support of donors," said Aude. "Every gift, even smaller gifts, have proportionately much higher impact."

"We are researching a treatment that will be simple and inexpensive, and can be used anywhere in the world. It also has few side effects, which is incredible compared to the horrible side effects of chemotherapy."

Every donation to the Lea Chapuis Memorial Fund makes a difference. For example: 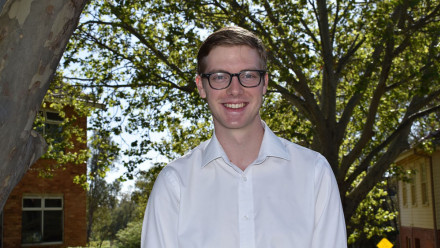