» Giving » Impact stories » A return to the wild for recovered koalas

A return to the wild for recovered koalas 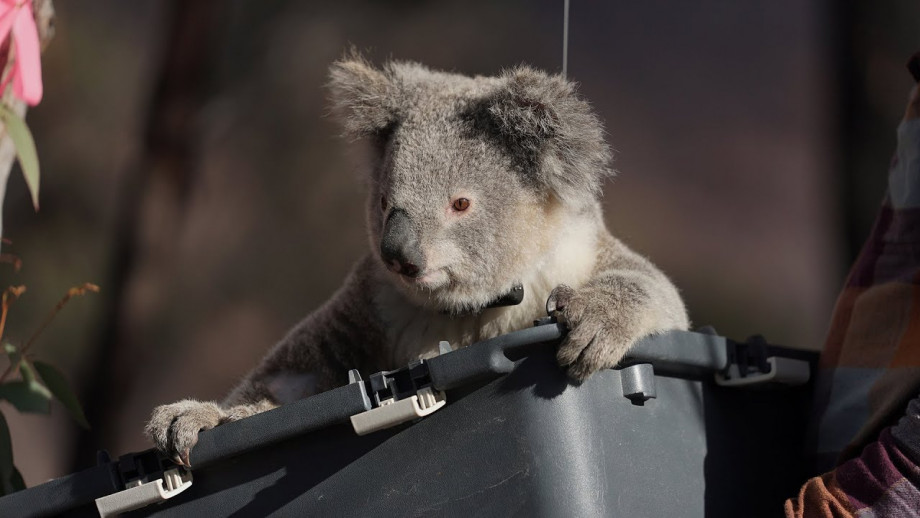 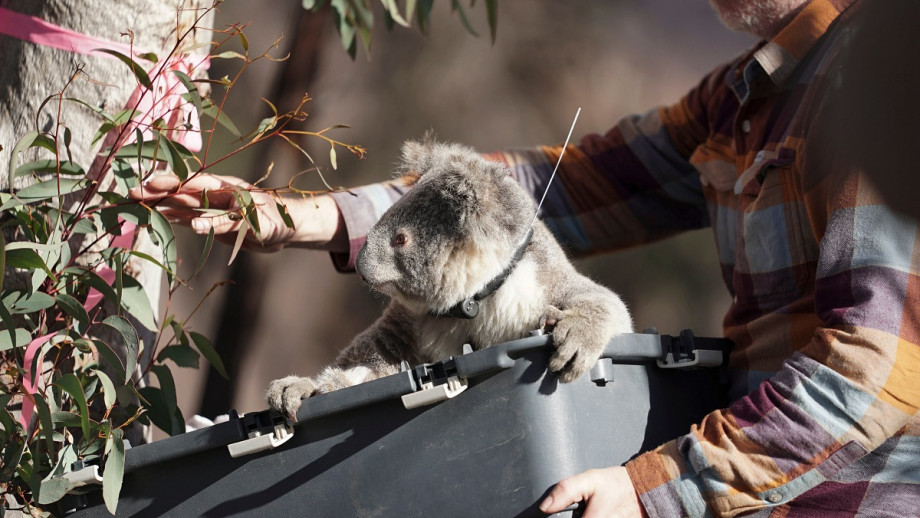 When devastating bushfires ripped through New South Wales, displacing and injuring koalas, ANU became a temporary home for many of these beloved creatures.

Now, they are being released back to their homes, and thanks to the generosity of donors, researchers can continue working to understand the impact of bushfires and climate change on koalas and their habitat.

Thin, dehydrated and starved koalas arrived at ANU in January 2020 for much needed medical attention. Thanks to the generosity of our donors the koalas received the special care they needed to return to their homes. Researchers were able to release two koalas back into their habitat at Two Thumbs Wildlife Sanctuary in June.

While Hamish and Bear were ready to return home, the work of ANU researchers must continue to ensure these beloved creatures thrive. With much of the landscape still burnt, it is not yet clear how the koalas will adapt to this change.  The pair have been fitted with GPS collars so researchers can understand how they are using their still-recovering habitat.

A partnership with the Minderoo Foundation, through a donation of $257,000, will assist researchers to examine how koalas recover after fire and how fire impacts their habitat and dietary requirements. Dr Kara Youngentob said the research will help determine when koalas in care could be returned to their habitats.

"We will examine how fire affects the nutritional quality of koala habitats and eucalypt trees after a fire. Our research is critical for the development of strategies that minimise bushfire impacts of wildlife".

The ANU research project will examine how fire impacts eucalypt leaf chemistry and nutrition for koalas. The researchers will also determine whether koalas can feed on epicormic growth - buds that lie dormant under the bark of a tree and emerge after fire.

The research builds on care given at ANU to koalas directly affected by fires in early 2020. The initial work was made possible by a generous $100,000 donation from Two Thumbs Wildlife Sanctuary, which was burnt down in this year's catastrophic fires.

The project is also supported by the NSW Government Department of Planning, Industry and Environment under the NSW Koala Strategy and the Australian Government Wildlife and Habitat Bushfire Recovery Program.

"What's also really touching about James' generous gift is that it has been made in the memory of Ian McBeth, Paul Clyde Hudson and Rick A DeMorgan Jr - the three US firefighters who lost their lives fighting fires near the Two Thumbs Wildlife Sanctuary earlier this year.

"We are really excited that Minderoo Foundation are now also joining these efforts and hold great hope for the future."

This research is an important part of protecting an Australian icon, and the support from donors is contributing to positive outcomes for koala survival.

"With koalas facing the very real threats of localised extinctions and widespread habitat loss, as well as reeling from the unprecedented fires we've suffered this season in Australia, this is an investment in the long-term survival of one of this nation's and the world's most iconic animals", Dr Youngentob said. "This is a major boost for koala conservation and management."

In addition to examining koalas' diets, the ANU researchers will track the fate of koalas from fire-affected areas and those in nearby burnt and unburnt areas that were not taken into care. In addition, they will investigate a potential rapid method to provide useful koala health information from their droppings. 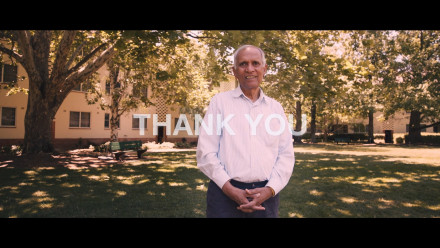 17
Apr
Our community makes our University » 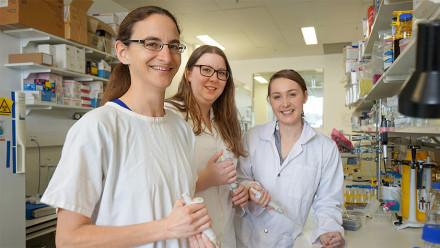