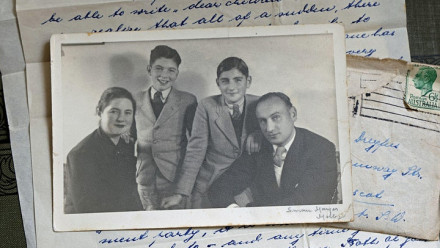 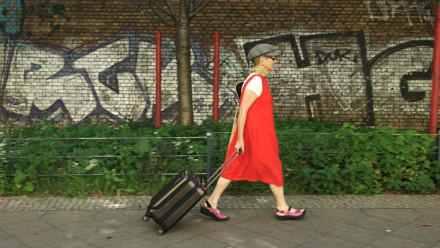 The Embassy of the Federal Republic of Germany in collaboration with the ANU Film Group and ANU School of Art and Design are hosting the film screening of Dreyfus Drei, including a reception and Q&A with the Director Dr Ella Dreyfus and audience.

Dreyfus Drei is a short documentary film about family, identity, and the return of three generations of Jewish artists from Australia to Germany, made by award-winning artist Dr Ella Dreyfus.

Ella Dreyfus is a artist who grew up in a vibrant, Jewish home in Sydney, Australia, yet knew nothing of her German family's history before they left Germany, or about those who stayed and perished in the Holocaust. Her father Richard's silence about his childhood in Wuppertal and Berlin left Ella with a feeling of dread and fear of all things German.

It wasn't until after her father died that Ella began thinking about her family's hidden history. She travels to Melbourne to visit her Uncle George, the last German-born Dreyfus and keeper of the family archives and stories. He recalls his experiences of leaving Germany by Kindertransport and returning in 1955 to pursue a musical education, only ten years after the war. He was amongst the first German Jews to return from exile, where he forged life-long relationships through his performances and concerts. In Australia he rose to fame as a composer of film and concert music. In Melbourne Ella finds George's son Jonathan, also a composer, visiting his father from Berlin.

Ella learns how different the brother's responses to their childhood trauma of war, displacement and exile were, and how they shaped the attitudes of the next generations of Dreyfus families. Richard and George actively chose their own identities, leading to very different experiences of German and Jewish traditions for their children and grandchildren in Australia.

Ella travels to Germany to seek out her father and uncle's homes in Wuppertal and Berlin and finds evidence of her great-grandparents' lives in Wiesbaden. She meets up with Jonathan again and they talk about their feelings towards Germany and their family backgrounds. For Ella, her childhood nightmares of the Holocaust ensured she kept a great distance from Germany until later in life, yet Jonathan, who first came to Germany as thirteen-year-old, now calls Berlin his home. While in Germany she creates a series of public art installations, declaring her family's names and their Jewish identities in the streets.

The film screening and reception events in Canberra are presented by the German Embassy, Australian National University and the ANU Film Group. 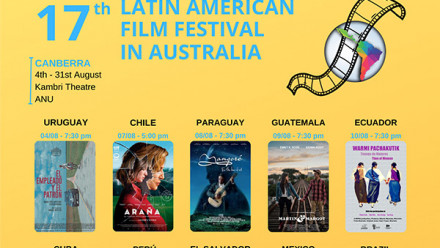 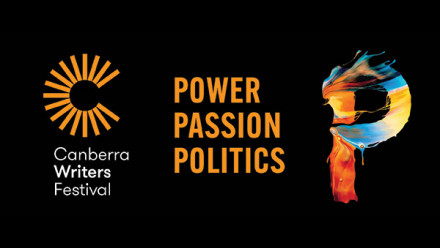 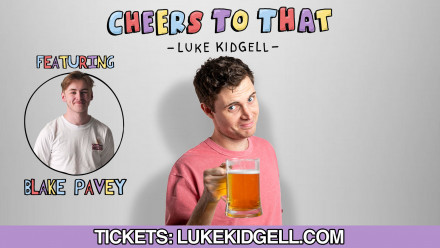 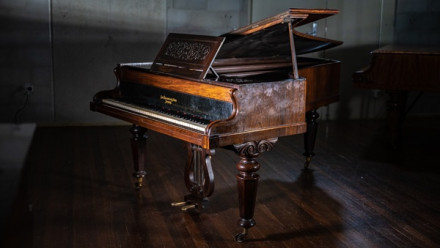