Our stars aligned at ANU 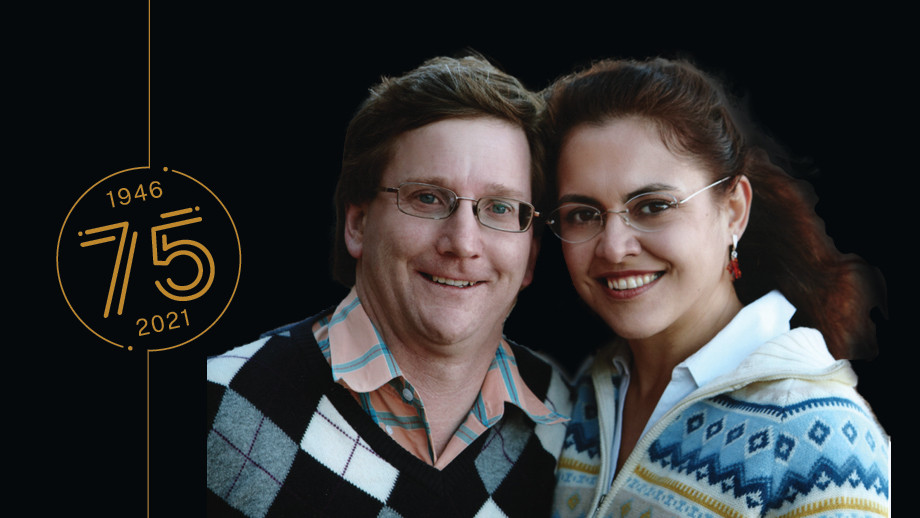 Funnily enough, I came to The Australian National University because it starts with 'A'.

I was studying astronomy in Italy and had a list of all the countries that were offering research grants, sorted alphabetically, and my supervisor was short of time. Together, we went through the list: Austria, Angola, Argentina, when my supervisor declared, "Australia! We know someone there, Brian Schmidt."

It was fitting because in Italy, I studied a type 1A supernova for my honors thesis, which had been discovered by an Australian amateur astronomer - the Reverend Bob Evans. He was very famous because he remembered, by heart, the star fields around all the nearby galaxies and at night he would look through the telescope and say, "Oh, there is a new star there." Most people can only dream of being able to do that, and he discovered many stars in this way - including the one that I was studying.

Additionally, Brian and I were the only ones in the field, looking at nearby type 1A supernovae. So, I applied for the ANU research grant and was successful. Once my six months of research was complete, I then decided to apply for a PhD at ANU with Brian as my supervisor. This eventually led to me being the only PhD candidate in the research group that received the Nobel Prize.

With just four years age difference between Brian and I, it wasn't the usual supervisor versus student relationship. We got on well, shared a keen interest in wine and, because I was on my own in Australia, I spent quite some time at his house, with his family. In fact, I helped plant Brian's famed vineyard back in 2000, which we still help harvest each year.

But it was to 2003 Canberra bushfires that solidified our relationship. That was a hard time for both Brian and I, not only during the actual event in which I lost my house, but also because the whole of the University's Mt Stromlo site was very, very grey. All the trees were dead and so much of the infrastructure had been lost in the flames.

Another unexpected outcome of the bushfires was the alignment of stars for myself and Stuart Ryder, who is now my husband.

The astronomy community is tight knit, so I had run into Stuart occasionally in my work, but we never really connected further. After the bushfires, I discovered that Stuart had lived on Mt Stromlo when he was a PhD student, under Professor Mike Dopita, in 1987-88. Stuart learnt that when my house had burned down, my wine collection had suddenly ended up as some kind of fused, glass and metal sculpture. He felt sorry for me and donated a bottle of wine to help kick start a new collection.

At this stage Brian and I shared an office, and I told him, "You know, I kind of like this guy, Stuart." Indeed, Brian said that Stuart was the first person from Mount Stromlo he'd ever met, and he was very supportive of the whole thing.

Stuart and I had what we now consider our 'first date' in 2004, on the 35th anniversary of the Apollo 11 moon landing. It was a very different romance to what happens these days, with apps like Tinder. I remember Stuart sent me flowers at Mt Stromlo a couple of times, which went to the admin building where I had to go and get them - as I mentioned, everyone knows everyone in the astronomy community, so there were all sorts of comments!

One day, Stuart and I were inside the Anglo-Australian Telescope at Siding Spring Observatory. Stuart insisted we go outside, purportedly to see what the weather looked like at sunset before we started observing. He proposed on the catwalk of the telescope, which if you haven't seen is six floors high. When Stuart produced the ring, I must have looked shocked because he immediately blurted, "don't drop it."

The telescope technician came looking for us, as we'd been outside on the catwalk for a while. I told him, "I'm engaged!" and we opened the bubbly that midnight. Luckily it was New Year's Eve, the only time you were allowed alcohol on premises, so we celebrated two occasions that night.

Brian attended our wedding and so did Reverend Evans, the amateur astronomer who discovered the 1A supernova. The Reverend was actually the person who officiated and blessed our wedding. It turns out that Stuart and the Reverend had known each other for a long time - astronomy being the small community it is.

It's a community both Stuart and I remain involved in. We are active in the alumni network and the astronomical society; and I mentor PhD students who want to move away from academia and investigate alternative career options.

We also continue to pick the grapes at Brian's vineyard. That's our chance to reconnect with the people from Mt Stromlo each year and with Brian. Brian also gets his PhD students out to help, so it's great fun and it keeps us connected to the ANU community.

01
Dec
A treasure of legacies » 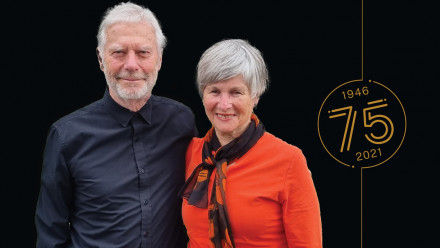 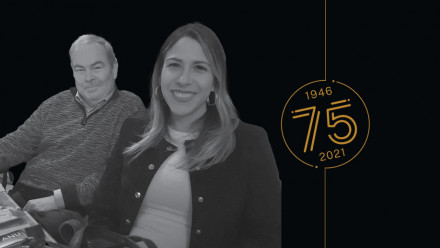