The Nobel Prize in Medicine

Sir Howard Florey shares the 1945 Nobel Prize in Medicine with colleague Ernst B. Chain and Alexander Fleming for the discovery of penicillin and its curative effect in various infectious diseases.

Florey began investigating the properties of naturally occurring substances with Ernst B. Chain, in 1938, before their interest turned to what are now known as antibiotics. In 1928 Alexander Fleming had discovered penicillin, when he observed that a mould culture prevented the growth of staphylococci, even when significantly diluted. But the active substance had not been isolated.

Florey and Chain led a team of British scientists whose work led to the isolation of the active substance and the successful small-scale manufacture of penicillin. In 1940 Florey and his team reported that the new drug was capable of killing sensitive germs in the living body. With United States government assistance, the drug was produced in sufficient quantities to treat wounded soldiers in World War II.

In 1958 Florey opened the John Curtin School of Medical Research at ANU in Canberra. In 1965 the Queen made him Lord Florey and he was offered, and accepted, the role of Chancellor of the Australian National University. Lord Florey continued to live in Britain until his death in 1968. 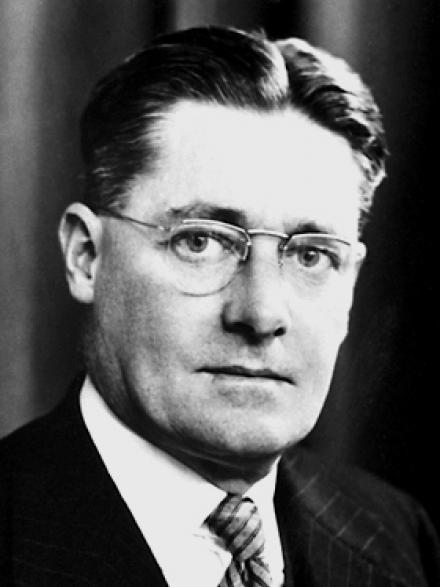