Natasha Stott Despoja is the founding Chair of Our Watch, the national foundation to prevent violence against women and their children. She is the author of On Violence, published by Melbourne University Press (MUP).

Ms Stott Despoja is the former Ambassador for Women and Girls (2013-2016). As the Ambassador, she travelled extensively throughout the Indo-Pacific region to promote women's economic empowerment, leadership and an end to violence against women and girls internationally. Ms Stott Despoja was a World Bank Gender Advisory Council member (2015-2017) and served on the 2017 UN High Level Working Group on the Health and Human Rights of Women, Children and Adolescents. In 2001, she was made a Global Leader for Tomorrow by the World Economic Forum.

Ms Stott Despoja has represented Australia at international meetings such as the UN Commission on the Status of Women, the APEC Women and the Economy Forum, the UN Security Council Open Debate on Women Peace and Security, the Global Summit on Ending Sexual Violence in Conflict, the G(irls) 20 Summit and the ASEAN Commission on the Promotion and Protection of the Rights of Women and Children.

Ms Stott Despoja is a former Senator for South Australia (1995-2008) and former Leader of the Australian Democrats, and is both the youngest woman ever to enter the Australian Federal Parliament and the longest-serving Democrat Senator in the party's history.

Ms Stott Despoja has an enduring interest in women's leadership, particularly political and parliamentary leadership, and has previous experience as an election monitor in countries such as Nigeria and Cambodia.

Ms Stott Despoja is former beyondblue Deputy Chair, a former non-executive Board member and patron of the Burnet Institute, and has served on the boards of the South Australian Museum (2009-2013), the Advertising Standards Board (2008-2013) and the Museum of Australian Democracy (2010-2013). She was an Ambassador for Ovarian Cancer Australia, and is an Ambassador for The Orangutan Project and the HIV/AIDS anti-stigma campaign, ENUF.

Ms Stott Despoja is an Honorary Visiting Research Fellow at The University of Adelaide, was a member of the Prime Minister's Referendum Council (2015 -17), is a Broad Agenda 50:50 by 2030 Advisory Group member; a Director of Carrie Bickmore's Beanies for Brain Cancer, and a member of the Global Women's Institute Leadership Council. She is a former member of the SA Rhodes Scholarship committee. 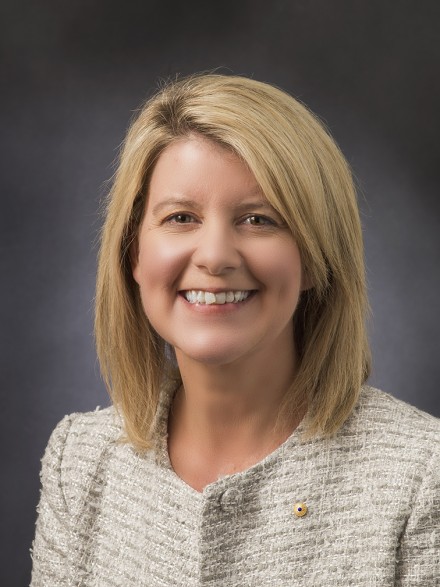