» Current students » Student life » Creepy and cooky, but a whole lot of fun

Creepy and cooky, but a whole lot of fun 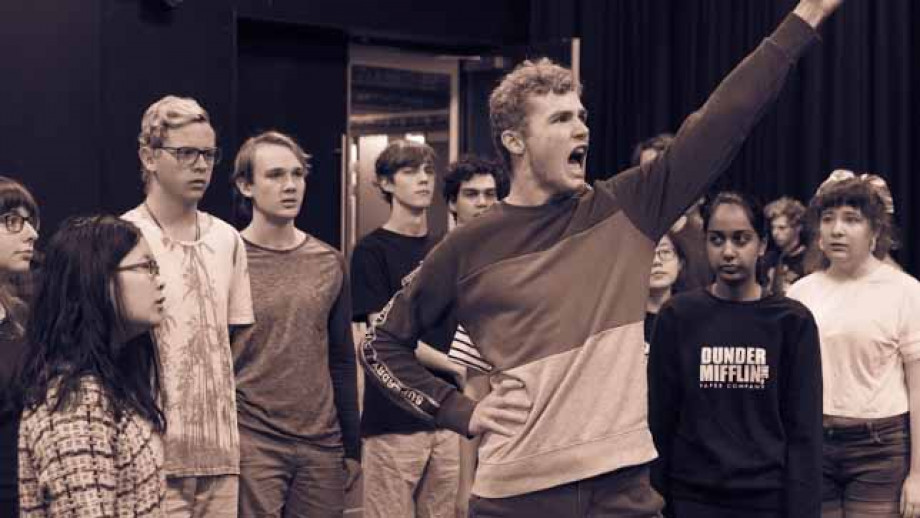 The participants in this year's Fenner Hall production, The Addams Family, say the musical performance's main message on inclusivity and diversity fits well within ANU.

A total of 86 people - ranging from those responsible for hair and makeup through to those controlling the sound and lighting - have been involved in the 2019 production which is due to kick off at the Drama Theatre in the Cultural Centre on 15 May.

For Director, Catriona Illingworth (B. Sci/B. PPE), The Addams Family is her third musical she has been involved in, since coming to ANU.

She says the hall has been working around the clock since auditions took place in O-Week to prepare for the musical comedy.

"It is utterly hilarious," she says. "I'm in stitches every single rehearsal."

"Essentially it's playing on the characters that you know, and putting them into an entirely new situation."

Fenner Hall's rendition of the famously spooky family, and their unusual penchants for cutting the heads off roses and keeping a pet 'hand' as, well, a pet, is different to the regular version seen on cinema screens.

"The plot of the story focuses on an older Wednesday who is engaged to be married to this normal guy. And so the production is about their families meeting for the first time at the same time as them revealing that they're engaged."

Catriona says the storyline's relatable nature makes it an appealing one for the audience.

In between the comedy and musical performances, Catriona says the underlying message is one that fits well with the University's values.

"No matter who you are, the most important thing is being that person, and being unapologetically that person," she says.

"Which is a really nice message to have especially in such a diverse college and in a university environment."

Diversity and inclusivity are front and centre in Fenner Hall's productions, with the Hall having a gender-neutral and race-neutral casting policy.

"It means we can always have the best people playing the characters regardless of race or gender and that's something we're really proud about.

For second year student Noah Hinds (B. Science majoring in astronomy and astrophysics), who is a chorus member for the production, it's his second production since he came to ANU.

"I did my first musical back in high school and I enjoyed that a lot so I heard about the musical at Fenner in my first year and thought 'yeah it was fun the first time, let's try it again'," he says.

In this year's production, Noah is a chorus member, meaning he'll be up the back reacting to the main characters and engaging with the audience. He'll also lend his singing and dancing skills to the performance as well.

"The dancing is massive this year!" he says, indicating there might be a tango routine or two in there.

It's Catriona's fourth show following Lenin, a rock opera in her first year, and the 2018 production City of Angels.

"People come to Fenner to do the musical. I didn't realise how big it was till I was in the production team. It's a lovely tradition to be a part of," she says.

Through theatre, both Catriona and Noah have found some of their best friends through their involvement in previous productions.

"There's a level of intimacy that you get to know people with when you're spending 12 hours a week rehearsing with them and you see them at the highs of performance and in the lows of exhaustion during intense weeks so it's definitely been a life-changing experience for me," Catriona says.

Fenner Hall's production of The Addams Family is on from 15 to 18 May, 2019. For more details, check out their Facebook event.