Unusually Lucid is inspired by Dr Lisa Kewley’s work in gravitational lensing, magnifying light to measure the oxygen content of far away galaxies. As I sat with Dr Kewley discussing her research I couldn’t help but think about the unimaginable scale of our cosmos. While listening to her expert descriptions, my mind raced with a mixture of awe, excitement, and fear of the unknown of the cosmos she was describing. The images she showed me of distant galaxies, collected thanks to gravitational lensing, are warped and distorted to an untrained Astrophysicist’s eye.

This work was created from the viewpoint of my lack of understanding and intrusion of fear of the unknown. A painting that explores abstract shapes and forms with a selective colour pallet. The bending and stretching of forms gives the sense of the image collapsing and twisting around itself.  A sensation of uneasiness and uncertainty was one of my main focuses in the making process. Movements are soft and flowing with no harsh turns or angles, there is a quiet sense of fragility. this feeling however is fleeting, in its place I instil an overtaking of cosmic vertigo.  ‘Unusually Lucid’ is not intended to turn audiences off with uncomfortable feelings but instead cultivate a curiosity respectful of our place in this universe. Isabelle Turner is a recent graduate from the ANU School of Art, specifically from the Print media and Drawing workshop. Her practice heavily revolves around combining intaglio printing with modern techniques such as laser etching and digitally generated imagery. As her works rarely involve colour, these printing techniques allow the production of pieces that boast depth in tone and gesture while maintaining an uncomplicated palette.

In recent months however, due to restrictions around studio spaces, Turner’s practice has veered in a different direction. With the need to create from her home studio, she has turned to screen-printing and painting which has resulted in a drastic change of tone where she found herself embracing colour and fun in her works.  With the world slowly starting to open back up, Turner is now facing the challenge of merging parts her old practice with the newer techniques and expressions. 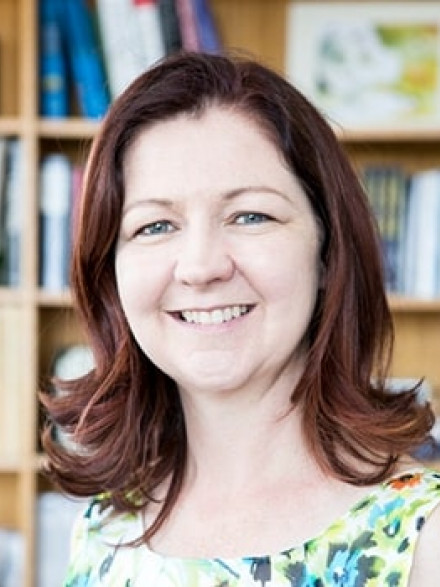 Lisa Kewley is a Professor and Director of the ARC Centre of Excellence for All Sky Astrophysics in 3-D (ASTRO 3-D) and ARC Laureate Fellow at ANU College of Science. Specialising in galaxy evolution, she won the Annie Jump Cannon Award in Astronomy in 2005 for her studies of oxygen in galaxies, and the Newton Lacy Pierce Prize in Astronomy in 2008. In 2014 she was elected a fellow of the Australian Academy of Science. In 2020 she received the James Craig Watson Medal.

She uses a technique called gravitational lensing to magnify the light of galaxies to measure the amount of oxygen across 12 billion years of cosmic time.  Gravitational lensing was first predicted by Einstein.  He predicted that the most massive objects in the universe, massive galaxy clusters and supermassive black holes inside galaxies (called quasars) have so much gravity, that light is bent around these massive objects, like in a magnifying glass, or in a refracting telescope.  The magnification is 10-50x and allows us to see galaxies in much greater detail in the distant universe than would be possible.

Essential Shake examines the visual and conceptual characteristics of protein structures published to the Protein Data Bank (PDB) by Prof. Colin Jackson and the Jackson Group, who participated as a pair in the Learning Communities University Avenue Murals Initiative.

The protein structures come from Prof. Colin Jackson and the Jackson Group’s extensive research into manipulating biological systems to assist in the design of small molecules (drugs) and the engineering of proteins. Savannah worked with Prof. Colin Jackson and the Jackson Group to learn how to render and animate the 3D molecular structures that feature in Essential Shake, using Pymol, a comprehensive molecular visualization program. Essential Shake allows viewers the opportunity to appreciate the complicated visual qualities of protein structures while simultaneously sparking curiosity into their functions.

Essential Shake is an exploration of the relationship between understanding and appreciating. It depicts protein structures as seemingly enigmatic forms, arrayed across a speculative landscape. Without prior knowledge of molecular structures, the proteins are mysterious biomorphic shapes, their ambiguity allowing for subjective interpretation.

Savannah Wheeler is a multidisciplinary artist based in Canberra who will graduate from the ANU School of Art and Design in 2022. Wheeler creates work that explores the relationships between making and experience whilst considering societies current estrangement from the two. She uses her work as a lens to see the disparities of consumption habits and production patterns, socially, politically, economically and ecologically.

Prof. Colin Jackson’s research and training are in chemical and structural biology. He completed his BSc (Hons) at the University of Otago, in New Zealand and then from 2003-2007 spent four years at the Australian National University studying for his PhD in Chemistry.

During this time Prof. Jackson studied how molecular machines called enzymes can speed up chemical reactions, and how they can be engineered. From there he worked on engineering enzymes to detoxify pesticides at the CSIRO for one year, then went to France in 2009 to take up a Marie Curie Fellowship at the Institute de Structural Biologie, in Grenoble. There he worked at a large particle accelerator called a synchrotron that allows us to use X-rays to reconstruct the molecular structures of small molecules like enzymes. In 2012 he joined the ANU and is now a Professor in the Research School of Chemistry.

The Jackson Group’s current work is focused on finding solutions for the problems in their macroscopic work in the molecules of the microscopic work. The molecules that Prof. Jackson works on, primarily enzymes, are proteins that are so small that they can’t be seen under a microscope; to determine their molecular structure, the Group needs to get them to form crystals, then shoot X-rays at these crystals. From the way the X-rays are scattered, they can reconstruct the molecular model. Some of the problems they are trying to solve include using enzymes to break down and recycle plastic waste, make biosensors so that they can visualise neurotransmitters and understand learning and memory, and make proteins to help stem cell transplantation for the treatment of stroke and Parkinson’s disease. Some examples of the Group’s work: 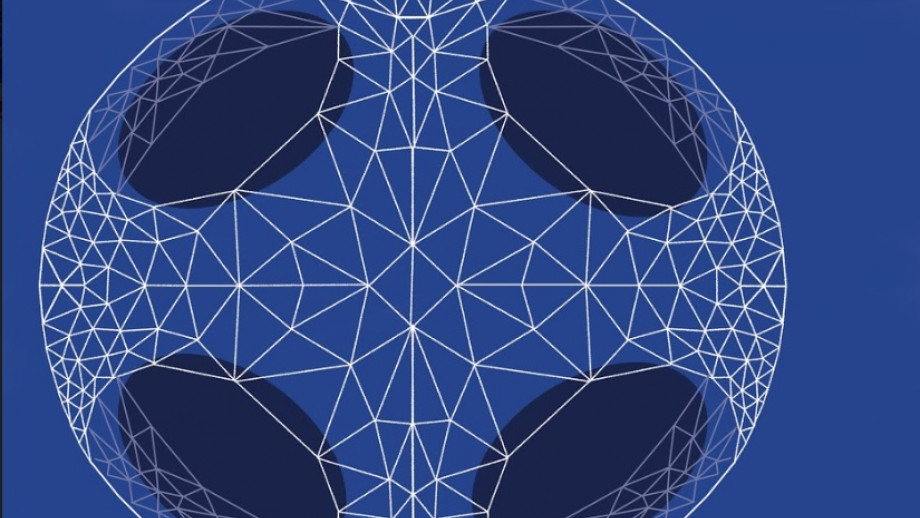 POROUS is inspired by Dr Robins' project, EPINET, which looks at crystalline frameworks in 3D space. Emily O'Neill was particularly interested in looking at its applications in looking at porous materials.

Emily April O’Neill (b. 1998 Canberra) is an artist currently completing a Bachelor of Visual art and Science at the Australian National University, Canberra. She works with a range of media such as printmaking and digital drawing to produce works concerned with communicating scientific research. Her most recent work featured in the 2020 ANU Drawing Prize Entangled looked at how ocean acidification affects small ocean organisms such as phytoplankton, and the broader effects of this on our planet.

Dr Robins is a Senior Fellow in the Research School of Physics and lectures in the Mathematics and Physics undergraduate programs. She has supervised many undergraduate research students, six honours students and five post-graduate students at ANU.

Her research is interdisciplinary, involving the mathematical description of shape and algorithms for computing this information from data for applications in physical and biological settings. Her outreach activities include working with five artists in residence as part of the ANU VCCAFS since its inception. The EPINET project is a long-term collaboration with Stephen Hyde and Stuart Ramsden. It includes a web database of 3D crystalline nets that have led to new models for materials including metal-organic frameworks, light-weight rigid isotropic microstructures, and insights into the way keratin filaments are arranged in mammalian skin.