As the world's largest extractor of groundwater, India is looking towards quantum gravimeter technology to monitor and manage groundwater movements in real-time.

Finding a solution to India's worsening water crisis is paramount. And researchers are looking to new technologies for help.

If you look at a map of the most water-stressed nations on Earth, India is coloured in an ominous shade of red. The same colour as notoriously drier nations in Northern Africa and the Middle East.

Unlike other water-stressed nations, however, India is a global agricultural powerhouse, and the water crisis is putting millions of people's lives and livelihoods in danger.

But could advances in quantum physics be part of the answer?

"It may sound like science fiction, but things like atoms being in two places at once can have very practical applications," says Dr Simon Haine, from The Australian National University Research School of Physics.

One such application is in measuring gravity more precisely.

"On Earth, gravity varies very slightly from place to place, and the exact measurement partly depends on what is underneath you."

But what does this have to do with water?

Dr Haine says that measuring variations in the gravitational field on the Earth's surface is a method currently used to find groundwater and mineral deposits. But these methods are not as accurate as they could be.

"These devices are good, but the calibration can go off. Meaning you can get two different readings at the same location, which has nothing to do with how the gravitational field has actually changed."

Rather than using springs to measure gravity, Dr Haine and his colleague Professor John Close count atoms. At their lab at ANU, they use an atomic gravimeter so precise that it can measure changes in gravity caused by someone walking into the room.

As the world's largest extractor of groundwater, India is looking towards this technology to monitor and manage groundwater movements in real-time.

To do so, they need to measure gravity at such a precise scale, that the position of individual atoms becomes relevant.

But due to the quirky nature of quantum mechanics, measuring gravity at this level of accuracy with individual atoms is tricky. This is because an atom can be in two places at once, and its location isn't determined until it is measured. Resulting in a fuzzy, or noisy, signal.

"By introducing quantum entanglement, we can increase the sensitivity of our atomic gravimeter by a factor up to 1000."

As part of this collaboration, colleagues in India plan to deploy the device in the field to accurately monitor groundwater movements. This allows for better management of groundwater resources, which is a significant factor in the worsening water crisis in India.

Monitoring groundwater isn't the only practical application of this present-day quantum technology. With the switch to carbon zero technologies happening at a quickening pace, more accurate ways to find the rare Earth minerals needed for these technologies are becoming increasingly relevant.

Dr Haine says quantum gravimetry is just one example of how advances in quantum physics are fuelling a new growth industry.

"There are applications where people would absolutely pay a lot of money to measure gravity very precisely," he says.

"This technology is not as far in the future as you might think." 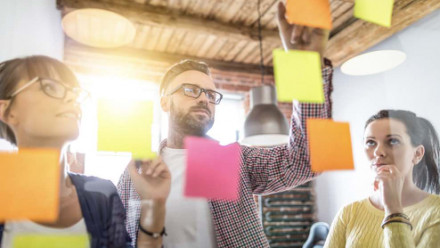