A team of three ANU students have taken out first place at the Digital Canberra Challenge with an online solution to simplify event approval processes in the ACT.

Daniel Axtens, Ben Roberts and Andrew Donnellan, all students from the College of Engineering and Computer Science, took home the top prize of $12,500 for their entry in the competition, announced by ACT Deputy Chief Minister Andrew Barr at yesterday’s awards night.

The Digital Canberra Challenge is an ACT Government initiative managed by the eGov Cluster, in partnership with NICTA, CollabIT and the Canberra Business Council, which brings together Canberra’s most innovative minds to develop new, improved digital government services for the ACT.

The ANU team, DigiACTive, presented a solution that addressed the complex processes currently needed in order to obtain approvals for music and other cultural events in the ACT. Working closely with entities such as the ACT Department of Territory and Municipal Services, MusicACT and the Tuggeranong Community Festival, the students developed a prototype system that could replace the lengthy paper-based approval forms and allow for simpler submission and management of applications.

“The winner, DigiACTive, has delivered a solution that dramatically reduces one of Canberrans’ constant complaints – red tape,” praised Michael Phillips, Manager of the eGov Cluster. “With DigiACTive’s on-line system, event organisers save time and effort by having a one-stop shop for the whole permit and approval processes.”

The win came as a surprise to the students. “It’s a surreal feeling, the competition was quite tough,” said Daniel. “We’re very excited to have won.”

The students found the competition to be a highly rewarding experience.

“More than what we’ve learnt, it’s been the people that we’ve met,” said Daniel. “It’s been great working on this challenge with a group of highly skilled, like-minded people.” 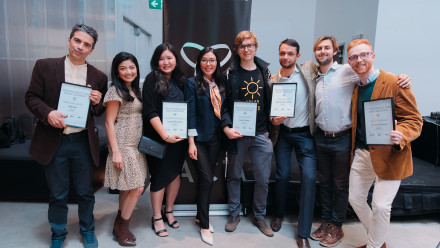 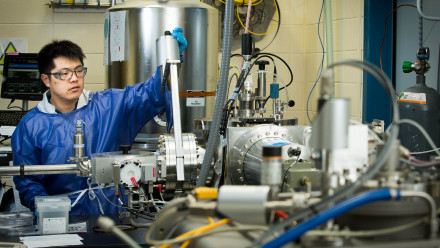