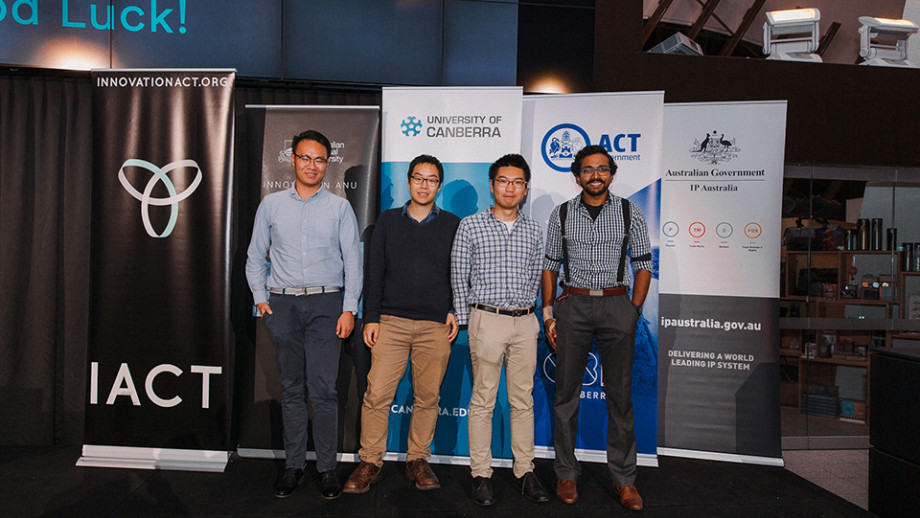 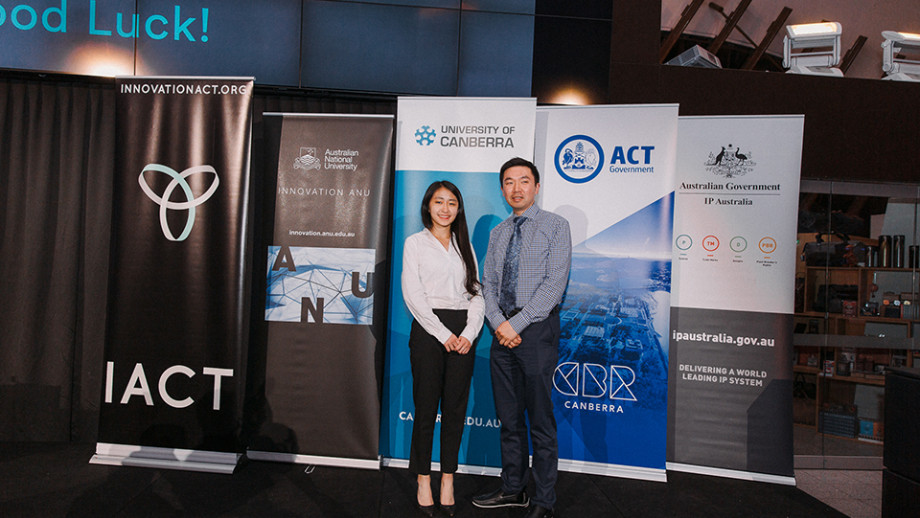 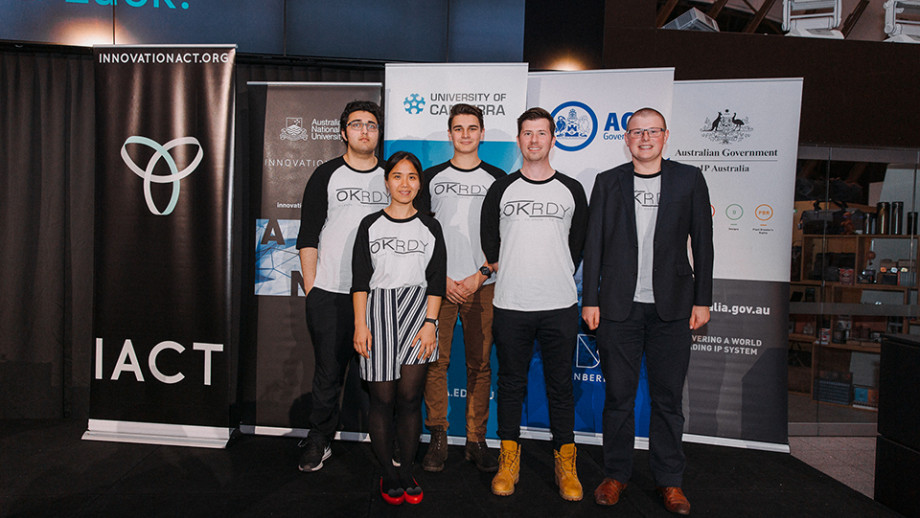 Three teams containing students and staff from ANU have been recognised at the InnovationACT awards ceremony, held at the ANU Pop-Up Village.

OK RDY, Re-Direct and ScriptsReady, were among four teams to receive a share of the $50,000 InnovationACT grant pool to kick-start their innovative ventures.

The announcement came at the conclusion of the ten-week entrepreneurship program, during which the teams developed their business ventures, were mentored by local entrepreneurs and pitched their ideas in front of a judging panel and public audience.

"We were very excited to find we had won a grant," said Daniel Shen, Co-Founder of Re-Direct and currently completing a Bachelor of Engineering (R&D) at ANU, "InnovationACT was a really good experience to get into the startup space and all the skills and experiences that come with it."

His team is building a low-cost solar tracking device to improve the performance of solar panels in residential and rural areas, and will use the grant money to continue developing their project.

"Our team still has a lot of development to do but we're looking forward to learning more and making good progress [over the next six to twelve months]," said Mr Shen.

InnovationACT is initiative of ANU and saw its largest year to date, with 61 teams from across Canberra's tertiary institutions participating in the 2017 cohort.

Vicki Stanley, Program Manager of InnovationACT, praised the teams who participated in this year's program.

"It was incredible to see the breadth of talent, creativity and entrepreneurship amongst all the teams this year. We saw all types of projects, from hardware solutions to social ventures," said Mrs Stanley.

InnovationACT is one of many initiatives developed to support and foster entrepreneurship amongst ANU students, including TechLauncher, the ANU MakerSpace and the College of Business & Economics Innovation Hub.

"We see InnovationACT as just one entry point into the innovation community, not only at ANU, but the broader innovation ecosystem," said Mrs Stanley.

Congratulations to the teams that received a share of the InnovationACT seed pool:

InnovationACT is made possible by Major Partners University of Canberra, ACT Government and IP Australia, as well as many Supporter organisations around the Canberra region.