» Newsroom » All news » Wearing the crown with pride

Wearing the crown with pride

It's been said that leadership is not about the next election, but the next generation; one which inherits a past not of their own making and which, in turn, is responsible for handing it over to their children.

As a young Gamilaroi Gomeroi woman, Brooke Boney feels the weight of that responsibility.

Speaking to the First Nations Governance Forum in Canberra, Ms Boney a journalist and radio host on ABC's JJJ, said she is acutely aware of her privileged position - speaking to 2 million young Australians every week - and that she is there because of those who have gone before.

"There's a Maya Angeliou quote that I love: your crown has already been paid for by the people who go before you," Ms Boney told the forum.

"(That quote) gives me a sense of purpose to continue to fight for our rights because I know I have to pay for the crown for the people who follow me."

The closing session of the first day of the forum heard from two young women, one Indigenous and one non-Indigenous on their ambitions and dreams for Australia and it's Indigenous population: Ms Boney and ANU law graduate Amelia Noble.

In a session steeped in youthful optimism and idealism, Ms Boney and Ms Noble both spoke of a future where Indigenous people were empowered, autonomous and included in the national dialogue.

"My aspirations for the future are quite simple," Ms Noble said. "I want to live in a society where non-Indigenous Australians follow aboriginal leadership, where the law and the policies that affect our first peoples are written and amended by first people.

"I want to live in a society that is alert to its failures and short comings and is willing to interrogate them; a society that does not need to be convinced that Aboriginal and Torres Strait Islander voices are the most important voice in conversations about their governance, sovereignty and imagining what a different future could look like."

Ms Boney said while she was confident there was a new openness and acceptance among younger generations for the need for Indigenous recognition in the constitution, reform was being compromised by a "fracturing" of Indigenous communities and leadership.

"Despite everyone having the best intentions and wanting the best for our people, we have found ourselves in opposite positions at opposite sides of the table instead of sitting in a circle."

Ms Boney noted that one of the key differences between the civil rights movement in the US and Indigenous rights activists in Australia was the nature of the struggle. 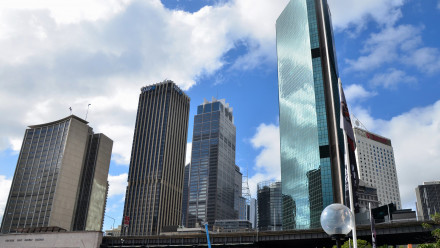