This op-ed was written by Professor Ken Taylor from the ANU Research School Humanities & the Arts and was first published in The Canberra Times.

Shane Rattenbury, in a comment piece in this newspaper earlier this month on proposals at Northbourne Oval, Braddon, regrets that a section of green space is slated to be turned into a gravel car park. He stresses the importance of green spaces in the city, not least in those sections, such as Braddon, where urban density is being increased. In his attitude to green spaces the minister is to be strongly supported.

Green spaces in the city are a resource that ought to be rigorously protected, not least given Canberra's image as the city in the landscape. Some time ago Stephanie Anderson (Times2 August 23, 2012) in a piece ''Barking up the right tree'' referred to a global report compiled by an independent research group that gave some thought-provoking information: 65 per cent of Australian house-hunters are willing to pay more for a property if located close to a green space; green space is seemingly more attractive than nearby restaurants, shopping centres or nightlife; city dwellers living close to green spaces are less likely to suffer from stress; the demand for trees, grass, flowers in cities outweighs desire for additional cycle lanes and even parking spaces.

While such commentaries always need to be viewed objectively, it is widely accepted that the wellbeing of city-dwellers is enhanced by contact with nature, including small green spaces, street trees, larger spaces. This collectively is what Canberra has par excellence, its hills, ridges and valleys of the National Capital Open Space System .

Canberra was planned from its inception with the concept of landscape as the element that would articulate city form. This is where the wider landscape setting of NCOSS could filter through city open spaces, large and small, right down to the street tree planting which we experience daily.

Nevertheless, in Canberra we are seeing, slowly but surely, a reduction in the amount of green space and concomitantly in tree cover as urban densification spreads. These are the areas where the minister suggests green space is needed and where, as climate change continues, we must retain green spaces.

This begs the question of why, in the case of Braddon Oval, has the ACT government and Planning and Land Authority approved urban development on this critical piece of open space? Apart from its environmental importance in an area increasingly filled with buildings and pavements is Braddon Oval's heritage significance. Established in 1925, it is an important part of Canberra's history and sense of place.

Equally I would emphatically add that more green space, including that where large trees can be grown, ought to be part of the layout requirements for areas of increased density.

Letters to the editor from time to time indicate concern at the lack of such amenities as densities increase. Community councils also express concern. Too often the reply from some sections of the development lobby is that the city has to change. Certainly it does, but not for the worst. Too many medium and high density developments contain no, or minimum token space, for tree planting and green space. Many medium density developments eschew these in favour of wall-to-wall hard paving.

Apart from urban heat island effect, extensive hard paving also means drastically reduced groundwater recharge. Is this sustainable? I use the word ''sustainable'' with tongue in cheek given that it has come to be regarded by many people, myself included, to have descended to silly status as it's facilely trotted out to support calls for increased building heights, increased densities, buildings with no front space for tree planting, and in new suburbs minimum sized blocks overfilled by buildings without regard for overall environmental quality, or more to the point, lack of it.

Further, criticism of this style of development is derided by the purveyors of development at any cost, and usually accompanied by patronisingly derogatory comments about people who want a more well-mannered urban character as change takes place. As Geoff Davidson commented on community councils (Letters, February 25) in response to what he called ''a little too simplistic'' opinion article by Pierre Huettner, there is not general opposition to tall buildings, but a desire for quality planning. To this I would add quality site design.

On the topic of trees and open space, it is appropriate to think about the proposed tram (sorry, light rail) along Northbourne Avenue. Northbourne Avenue with its median tree planting is an elegant entry road to Canberra and one that speaks of the very character that makes Canberra what it is and what it means.

Think of memorable cities and often images of tree-lined avenues and graceful boulevards come to mind. As Dr John Gray has pointed out in a letter to the editor, the National Capital Plan stresses the significance of the entry avenues into Canberra with their tree plantings.

A tram track down the centre of Northbourne Avenue and all trees removed and no replanting would be environmental vandalism and a blight on the city. I understand there are health problems with many of the existing trees and removal is slated; and there are challenges as a result of the number of underground services. Nevertheless, it is to be hoped that a design solution with a tram track and substantial tree planting is seriously considered and adopted.

Further, the prospect of higher buildings along Northbourne Avenue as part of densification needs seriously to consider setbacks of new buildings to permit planting of tall trees which will complement public street tree plantings.

Large trees are needed, not a token belt of small lollipop-shaped trees dwarfed into insignificance by built form.

Here is the opportunity to put into place a new landscape treatment along this critical route and entry to the city that will grace the city in the future. 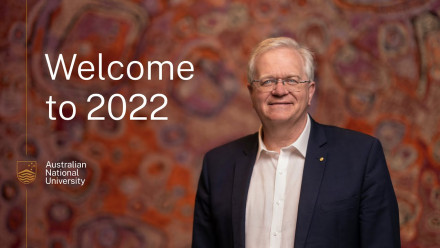 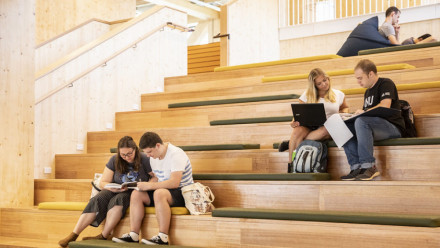 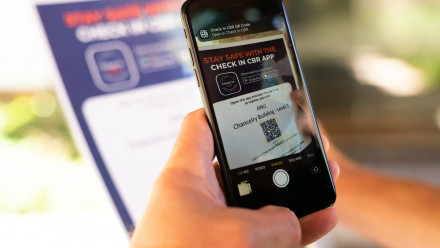