» Newsroom » All news » Unpredictable Times: the future of the United States in Asia

Unpredictable Times: the future of the United States in Asia 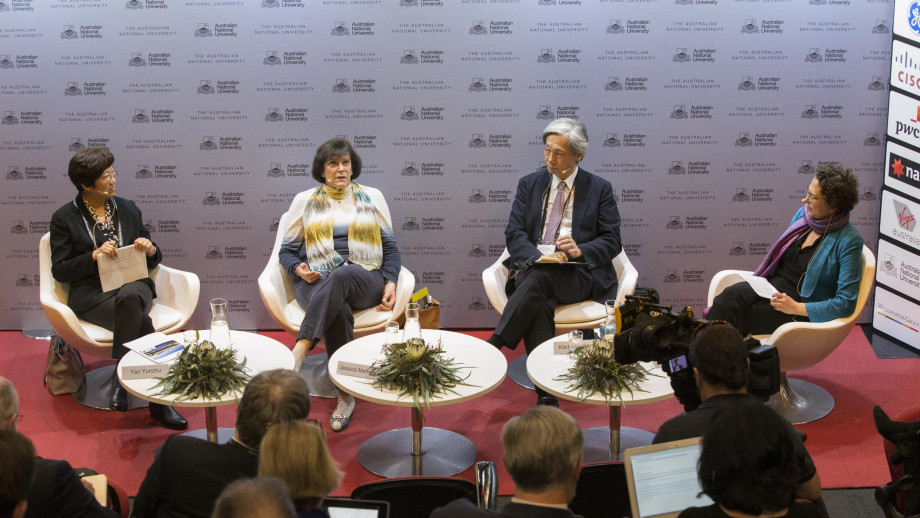 Unpredictable times mean we need to get more comfortable with uncertainty and try to avoid confrontation, a leading Chinese thinker said at the ANU Crawford Leadership Forum.

Major General (Rtd) Yao Yunzhu said in the past China had been wary of foreign influence and the coercive and intimidating behaviour of other countries, so it was hard to understand how the situation had changed to China being the influence feared by other nations.

Dr Yao argued that far from being just about the United States and China, the future of Asia was multilayered and multidimensional.

"Polarisation narrows options for other countries in the region. This isn't bipolar; we are managing bilateral and other multilateral relationships in the region," Dr Yao said.

Her comments were part of a broader discussion around the United States in Asia, with a panel including Professor Kiichi Fujiwara of the University of Tokyo and Jessica Mathews, former President and Distinguished Fellow, Carnegie Endowment for Peace.

The 90-minute discussion ranged from the South China Sea and the dis-inviting of China to RIMPAC exercises to the 'evil genius' of President Donald Trump and the increasing freedom of discussion in China with the rise of WeChat.

Professor Fujiwara addressed questions around whether Japan would look to have an autonomous defence, citing public opinion which was protectionist and isolationist. He said the Japanese public did not want Japan kowtowing to the United States.

Dr Mathews spoke about the influence of President Donald Trump and the damage the "fake news" claims were having on the institution of government in the United States.

"How soon this terrible interlude ends is unclear. I am not sure we are not walking into as toxic a relationship with China as we now have with Russia," Dr Mathews said.