» Newsroom » All news » The state of Iraq

The state of Iraq

ANU experts have commented on the latest developments in Iraq and US President Barack Obama's decision to authorise air strikes against Islamic State.

Australia will offer help to deliver humanitarian aid to people stranded on Mount Sinjar in Northern Iraq, and Prime Minister Tony Abbott has labelled the Islamic State as a terrorist army.

"In effect, al-Maliki has launched a coup, pushing back against what he sees as a coalition that's trying to deny him a third term as PM. His prospects are very limited; too many players now oppose him. But the risk for the outside world is that, if he creates chaos in the capital, that will be ISIL's chance to have a real shot at capturing Baghdad."

"This was not inevitable. The marginalisation of non-Shia communities has been a process that began in 2003, but accelerated since 2010, when Maliki gained power despite losing the vote. He has now warned Al Sistani not to oppose his third term. I don't believe that air strikes are a long term solution, and I do not think it is right for Western countries (the Coalition of the Willing) to walk away now and say that they are not part of the political process of fixing what they fundamentally broke."

"The Islamic State is taking advantage of the lack of leadership in Baghdad. They have exploited Sunni grievances in Iraq while quickly moving against their Sunni allies to secure their position. With weapons and territory captured, the Islamic State cannot be dealt with as a terrorist organisation but a 'rogue state' that needs to be contained."

"Looking at events in Baghdad, President Obama's decision to eschew broader military cooperation in favour of humanitarian assistance and limited airstrikes against ISIS and in support of Kurds and minorities has been vindicated."

"Australia has a surprisingly long military connection with Iraq. Australian troops fought there during the First World War. They also operated in northern Iraq after the 1990-1991 Gulf War, providing humanitarian assistance with a small contingent of medical staff. But the involvement in the 2003 invasion and subsequent military operations has generated the greatest onus on Australia to act responsibly in the wake of the devastation - itself a knock-on and unanticipated consequence of the country's involvement in that war.

"Australia is well placed with aircraft and support staff in the Middle East, poised and available to lend support. With Britain and France also involved, Australia will be contributing to a multinational coalition - with forces from countries with which it has established and well-oiled procedures for interoperability, including France.

"The Abbott government understands the legacy Australia faces and the moral obligation arising. There is a compelling case for Australia to act generously not just in supporting this operation but in providing a place of refuge for many of those trapped by events. Perhaps additional largesse to refugees in northern Iraq will disarm some of the political opposition the government faces on refugee questions closer to home." 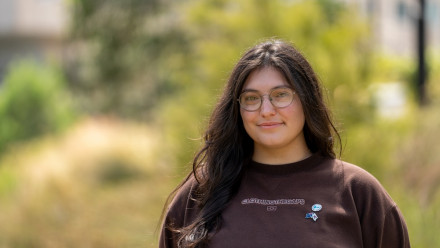