Dr Dejan Stojanovic from the ANU Fenner School of Environment and Society is part of a team that published the 2015 research which found the swift parrot could be extinct in as little as 16 years.

He welcomed the reclassification, which he said should provide greater protection for Tasmanian bird.

"The reclassification is a major milestone for swift parrots and highlights the importance of finding a solution to the extreme effects of sugar glider predation, and of protecting their habitat," Dr Stojanovic said.

"It confirms that the severe predation on swift parrots by sugar gliders is critical to whether their population survives.

"The next goal for our research group is to figure out what needs to happen to turn the swift parrot trajectory around, because they are only one step from extinction."

In 2015, the International Union for the Conservation of Nature raised the threat level of swift parrots in response to the new evidence provided by ANU researchers.

ANU research predicted the population of the birds will halve every four years, with a possible decline of 94.7 per cent over 16 years.

Professor Rob Heinsohn, also from the ANU Fenner School of Environment and Society, said groups such as foresters, environmentalists and members of the public would be severely affected if the birds became extinct.

"Swift parrots are major pollinators of blue and black gum trees which are crucial to the Tasmanian environment and economy including forestry and tourism," Professor Heinsohn said.

"We congratulate the Commonwealth for listening to the scientific evidence, and giving swift parrots a fighting chance." 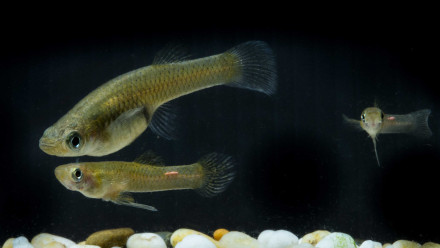