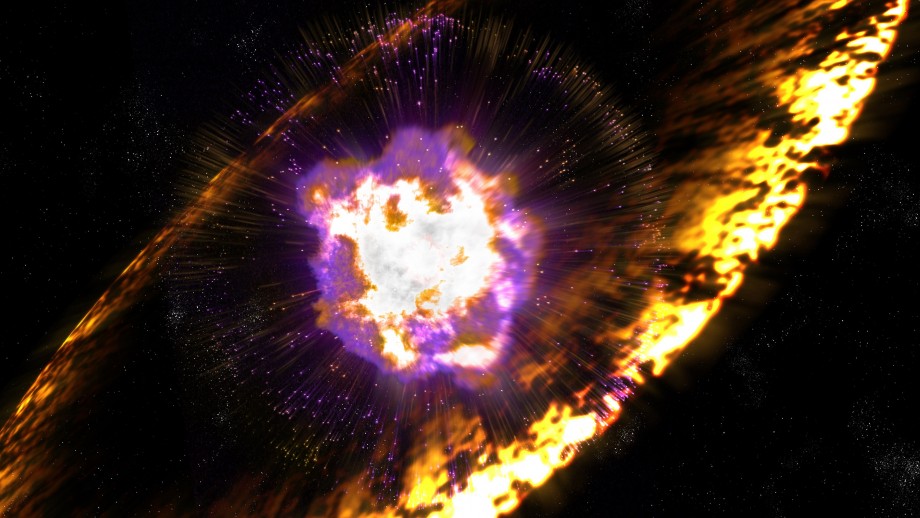 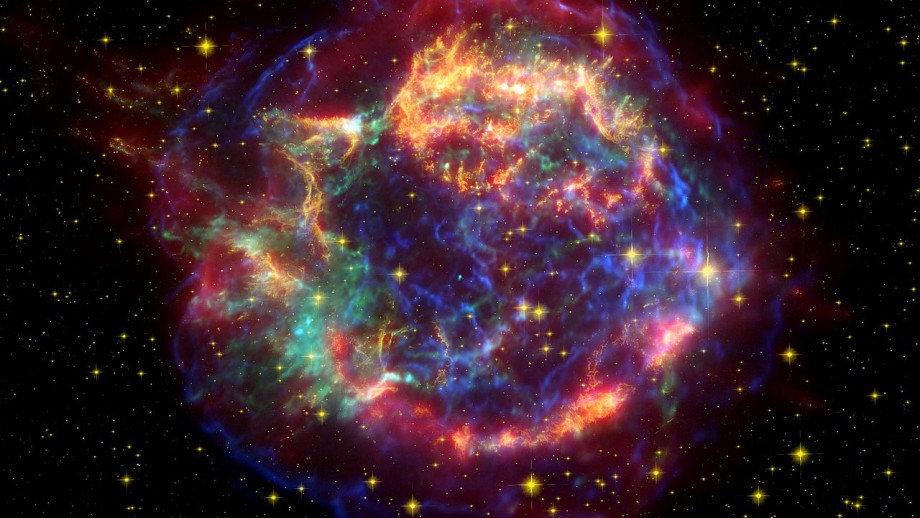 An international team of scientists has found evidence of a series of massive supernova explosions near our solar system, which showered the Earth with radioactive debris.

The scientists found radioactive iron-60 in sediment and crust samples taken from the Pacific, Atlantic and Indian Oceans.

The iron-60 was concentrated in a period between 3.2 and 1.7 million years ago, which is relatively recent in astronomical terms, said research leader Dr Anton Wallner a nuclear physicist in the ANU Research School of Physics and Engineering.

"We were very surprised that there was debris clearly spread across 1.5 million years," said Dr Wallner.  "It suggests there were a series of supernovae, one after another.

"It's an interesting coincidence that they correspond with when the Earth cooled and moved from the Pliocene into the Pleistocene period."

The team from Australia, the University of Vienna in Austria, Hebrew University in Israel, Shimizu Corporation and University of Tokyo, Nihon University and University of Tsukuba in Japan, Senckenberg Collections of Natural History Dresden and Helmholtz-Zentrum Dresden-Rossendorf (HZDR) in Germany, also found evidence of iron-60 from an older supernova around eight million years ago, coinciding with global faunal changes in the late Miocene.

Some theories suggest cosmic rays from the supernovae could have increased cloud cover.

A supernova is a massive explosion of a star as it runs out of fuel and collapses.

The scientists believe the supernovae in this case were less than 300 light years away, close enough to be visible during the day and comparable to the brightness of the Moon.

Although Earth would have been exposed to an increased cosmic ray bombardment, the radiation would have been too weak to cause direct biological damage or trigger mass extinctions.

The supernova explosions create many heavy elements and radioactive isotopes which are strewn into the cosmic neighbourhood.

One of these isotopes is iron-60 which decays with a half-life of 2.6 million years, unlike its stable cousin iron-56. Any iron-60 dating from the Earth's formation more than four billion years ago has long since disappeared.

The iron-60 atoms reached Earth in minuscule quantities and so the team needed extremely sensitive techniques to identify the interstellar iron atoms.

"Iron-60 from space is a million-billion times less abundant than the iron that exists naturally on Earth," said Dr Wallner.

Dr Wallner was intrigued by first hints of iron-60 in samples from the Pacific Ocean floor, found a decade ago by a group at TU Munich.

He assembled an international team to search for interstellar dust from 120 ocean-floor samples spanning the past 11 million years.

The first step was to extract all the iron from the ocean cores. This time-consuming task was performed by two groups, at HZDR and the University of Tokyo.

The team then separated the tiny traces of interstellar iron-60 from the other terrestrial isotopes using the Heavy-Ion Accelerator at ANU and found it occurred all over the globe.

The age of the cores was determined from the decay of other radioactive isotopes, beryllium-10 and aluminium-26, using accelerator mass spectrometry (AMS) facilities at DREsden AMS (DREAMS) of HZDR, Micro Analysis Laboratory (MALT) at the University of Tokyo and the Vienna Environmental Research Accelerator (VERA) at the University of Vienna.

The dating showed the fallout had only occurred in two time periods, 3.2 to 1.7 million years ago and eight million years ago. Current results from TU Munich are in line with these findings.

A possible source of the supernovae is an ageing star cluster, which has since moved away from Earth, independent work led by TU Berlin has proposed in a parallel publication. The cluster has no large stars left, suggesting they have already exploded as supernovae, throwing out waves of debris. 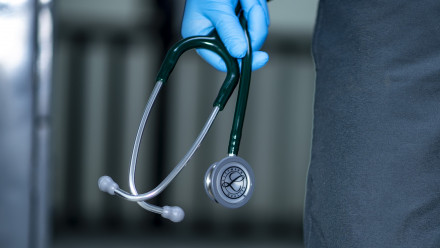 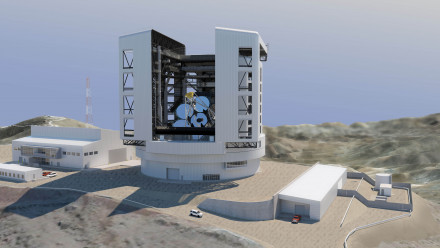