Study finds most likely route of first humans into Australia 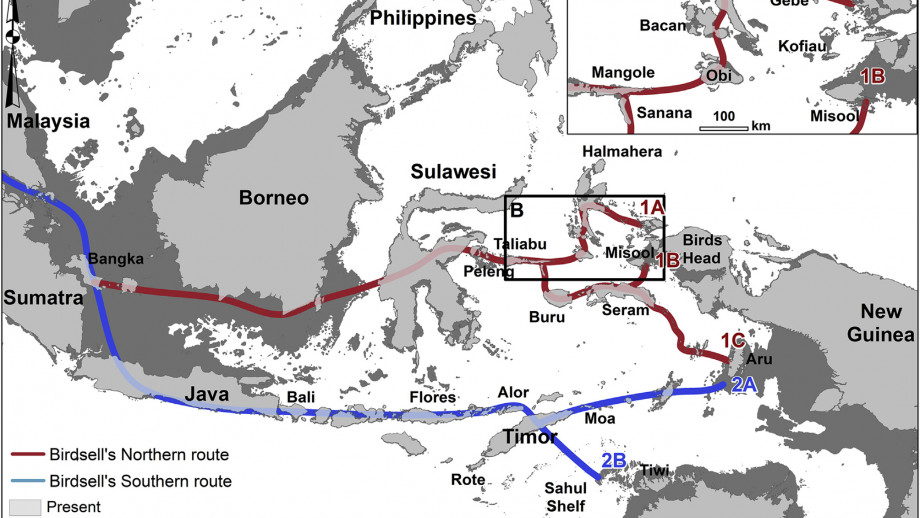 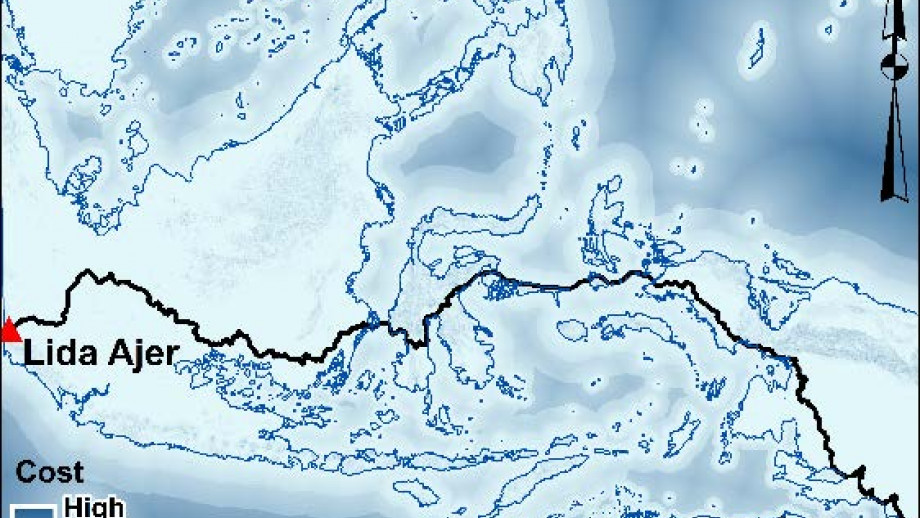 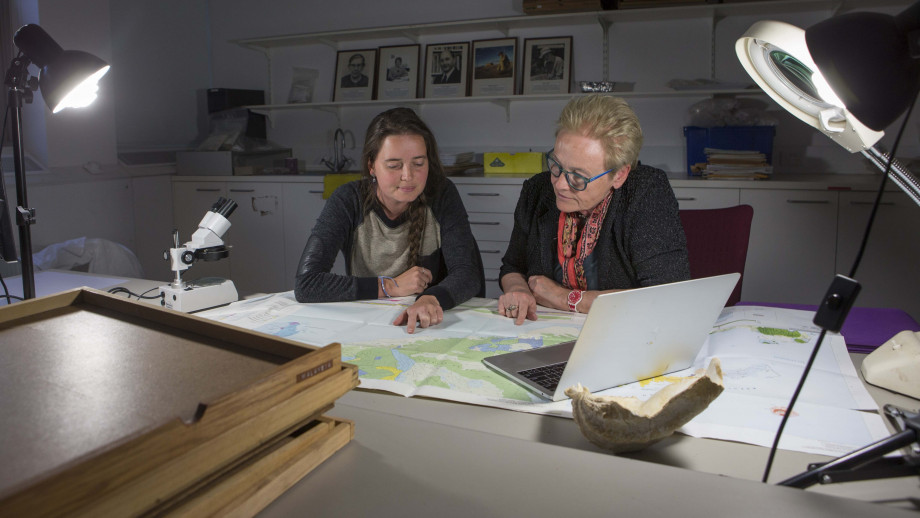 We've created a treasure map of sorts with the likely route across land and water that these incredible people took to reach Australia.

A new study from ANU indicates the most likely route the ancestors of Aboriginal people took to enter Australia for the first time tens of thousands of years ago.

Co-lead researcher Shimona Kealy said these people probably travelled through Indonesia's northern islands, into New Guinea and then Australia, which were part of a single continent between 50,000 and 70,000 years ago, when sea levels were 25-50 metres below the current level.

"We've created a treasure map of sorts with the likely route across land and water that these incredible people took to reach Australia," said Ms Kealy, a PhD scholar at the School of Culture, History and Language and an Associate Investigator at the ARC Centre of Excellence for Australian Biodiversity and Heritage at ANU.

"We've circled all of the islands that we want to explore further to find archaeological evidence to test if this is in fact the path that they took.

"Archaeologists have yet to explore most of Indonesia's northern islands for human settlements predating the oldest sites found in Australia. These islands could hold the key to the mystery of how the first humans made it to Australia's shores."

The findings challenge a popular theory that these early adventurers travelled from Southeast Asia, through Indonesia and Timor and then across sea to reach Australia's shores and land that is part of the Northern Territory today.

The study modelled the least-cost path from Southeast Asia to Australia, by considering factors such as difficulty to travel up slopes, visibility at sea, access to fresh water along the many potential pathways and the sophistication of maritime technology at the time.

Ms Kealy said the oldest dates for human occupation on the Australian-New Guinea continent (known as Sahul) represented the earliest, indirect evidence for sea faring by humans anywhere in the world.

"This study helps to tell the Australian story, particularly for Indigenous people, and acknowledges the bravery, innovation and maritime technologies and skills of these early modern humans," Ms Kealy said.

"These people hopped their way along these islands, probably looking for a place to live where they would have access to reliable food staples and other resources - the visibility between islands would have been very favourable in terms of enabling this adventurous spirit," Ms Kealy said.

Co-lead researcher Professor Sue O'Connor from ANU said the proposed alternative route through Timor onto the northwest coast of Australia is now seen as less likely as a result of this study's least-cost pathway modelling.

"The suggested route through Timor is also considered less likely given comprehensive archaeological evidence indicates the earliest human settlements in Timor are much younger than those found in Madjedbebe in Arnhem Land in the Northern Territory," said Professor O'Connor, a researcher at the School of Culture, History and Language and a Chief Investigator at the ARC Centre of Excellence for Australian Biodiversity and Heritage at ANU. 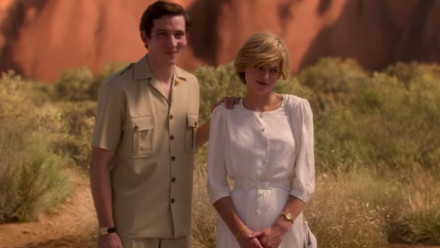