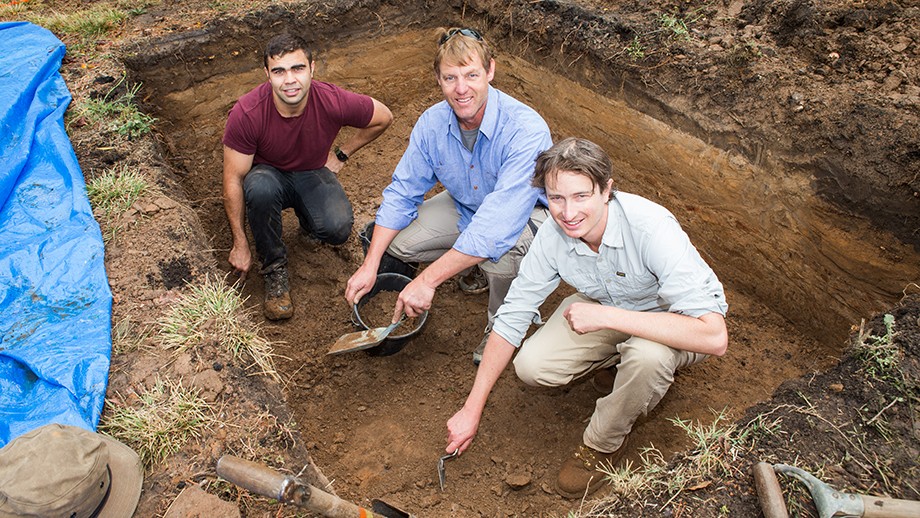 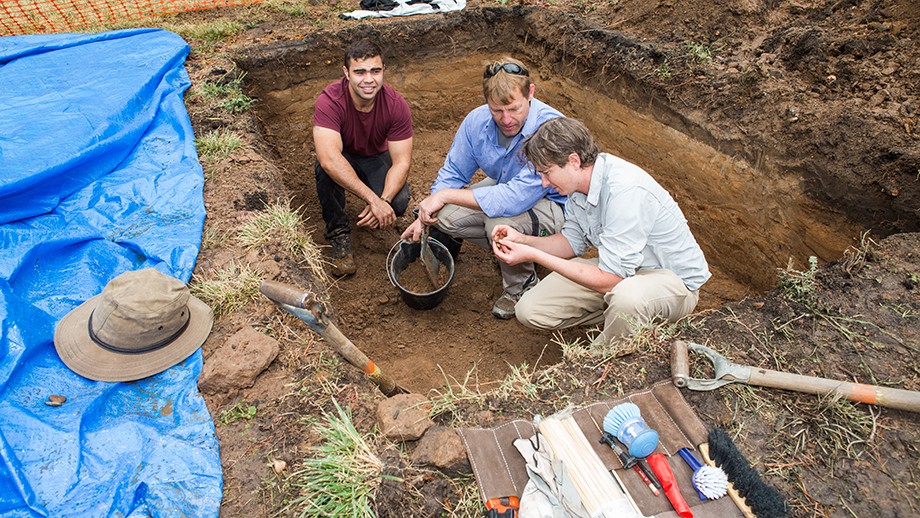 Our ground-penetrating radar has shown that there is a possible foundation that could belong to the homestead.

The project, funded by ACT Heritage, hopes to unearth evidence for Canberra's first European and earlier Indigenous settlement at the site.

The location is thought to be the site of one of the first European homesteads in the Canberra region, with the Springbank property marked out by Deputy Surveyor-General Robert Hoddle in May 1832. It became an island when Lake Burley Griffin was created in 1963.

"Our ground-penetrating radar has shown that there is a possible foundation that could belong to the homestead," he said.

"This is already starting to show up in the excavation. We have 19th century white-ware ceramics, nails and even a post hole. It's an exciting start.

"A sediment core collected by Professor Simon Haberle also suggests burning well before the lake was formed, with a five centimetre layer that's chock-a-block with charcoal. We are yet to get down to this layer in excavations so don't know if this relates to the early homestead," Dr Wright said.

The excavation would also be searching for evidence of Indigenous activity on the site.

"I have been told by traditional custodians that this was a big meeting place for Indigenous people in the area," he said. "This is evident through archaeology with a good number of stone flakes and cores turning up in the sieve".

Dr Wright said there was also a chance of finding illusive evidence for contact between Europeans and local Indigenous people.

"Strangely in the ACT and surrounding regions it's really hard to find any signs of that type of contact but we're keeping our fingers crossed," he said.

One of the challenges of the dig is that when the lake was formed in the 1960's excavated dirt was dumped on the island.

"Our ground-penetrating radar and sediment cores have picked up about a metre of this non-local topsoil. In our excavations we've found artefacts dating to this period," he said.

"Remarkably a glass jar dating to this period survived underneath this earth and rubble. We're yet to find out what this contained. It's great to imagine one of the workers sitting down in 1963 with his sandwiches and jar of vegemite."

More than 100 ANU students will take part in the dig, which finishes with a public open day on Saturday 18 April.

The project is being managed in partnership with Canberra Archaeology Society.