» Newsroom » All news » SPEECH: The future of Australia’s alliance with the United States

SPEECH: The future of Australia’s alliance with the United States 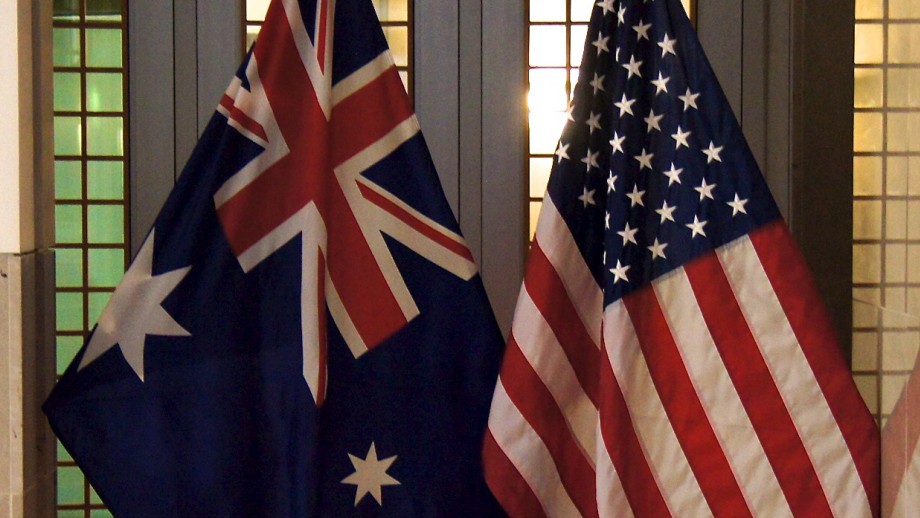 It is easy to be troubled by Trump, and the unpredictability of his Presidency. Many of us are. But we are here today because what matters to Australia is our alliance with the United States.

It is a real pleasure to be here today at the National Press Club. And a privilege to be speaking alongside Angus Houston, former Chief of the Australian Defence Force, who has contributed so much to this country.

And the tensions we see reported out of America at present are a reminder of the depth and strength of American democracy, to which the press and the other checks and balances are vital.

It is easy to be troubled by Trump, and the unpredictability of his Presidency. Many of us are.

But we are here today because what matters to Australia is our alliance with the United States.

Those who recognise the enduring importance of the alliance to Australia have some challenging tasks ahead.

One is to explain and advocate the alliance regardless of President Trump - and to remind at every turn that the alliance is more robust and lasting than any one Administration.

Another task of course is to look dispassionately at the facts, and to ensure that this remains true.

A third task is to steer Australia's policy settings in a way that helps us weather the turbulence of this era.

Thus: more resilience, more self-reliance, a deepening and diversification of our security relations with others.

These include powers seeking a stable regional balance - like Japan and India - or likeminded partners in Europe and globally in protecting the liberal international order.

And a fourth mission is to do what we can to shape the choices of the United States - and of others - to defend regional stability.

It is hard to capture in one thought the multiple challenges ahead for the alliance.

No question, the debate is on.

The Foreign Minister, Julie Bishop, has reminded us that the United States is an indispensable power in our Indo-Pacific region.

Labor's Foreign Affairs spokeswoman, Penny Wong, has said Trump marks an historic 'change point' - we need to prepare to advance Australia's interests in a different world, with a different America. Yet still within an alliance framework.

The Greens, meanwhile, call for a 'fundamental reassessment'.

Paul Keating calls for a more 'independent' foreign policy, without detail on how things would change.

His former adviser Allan Gyngell warns that none of today's policymakers has ever had to deal with global systemic uncertainty on this scale, and he's right.

Historian James Curran says we need to shed the sentimentalism that has cloaked and cloyed the alliance.

My ANU colleague Hugh White goes further and says, in effect, and however reluctantly, that Australia will now acquiesce to Chinese leadership in Asia.

It's as if the emergence of Trump suddenly means that we don't need to heed China's own deep instabilities, or that fact that other key powers in Asia, such as Japan and India, are daily becoming more mistrustful of China.

Australia inhabits an interconnected multipolar region, the Indo-Pacific, a region too vast for any one power to dominate, not an American lake but not a Chinese one either.

Meanwhile at the National Security College, a team of colleagues has put out a report on how Australia should respond to Trump with a deceptively simple title, Don't Panic, Don't Relax.

We concluded that the uncertainties in US policy are not just about Trump, but reflect real divisions in American opinion.

Security competitors will severely test US resolve and power, while allies will seek to hedge between US predictability and Chinese and Russian power.

Australia's strategic policy response will need to be steady and based overwhelmingly on interests rather than values.

Australia will remain well-regarded in Washington but will need to work hard and creatively to convert goodwill to influence.

This point has been borne out by the response to the recent Trump-Turnbull phone call.

It had a silver lining for the alliances, with bewildered friends of Australia making their voices heard in Congress, business, the bureaucracy, media and beyond.

Not only should Australia intensify efforts, beyond usual diplomatic and defence channels, to influence US political decisions on international issues that matter to us.

Australia should also deepen and diversify its security and economic partnerships in our Indo-Pacific region, building a strategic web with Japan, India and others to bind and complement US allies.

And there is a story to be told better at home.  Government and business needs directly to explain and champion the importance to Australia of our comprehensive ties to the United States, including in priority domains like cyber security, as well as in investment and defence.

Certainly there is a need to for better public awareness about the alliance. A few years ago I was involved with public consultations for the defence white paper, and encountered a universal criticism of government that not enough was being done to explain the alliance, its purpose, character or why and how it was changing.

This is especially in a post-truth era, where the new trend is towards mass misinformation by those opposed to liberal democracy and a rules-based order.

We saw Russia's interference in America last year. We underestimate how vulnerable a country like Australia could be to sustained, well-resourced propaganda and misinformation aimed at undermining our security and the alliance.

So our politicians, policymakers and opinion leaders need to do more to tell the public precisely why and how the US backed alliance system is in our interests. This will require engaging directly with the arguments of those who criticise the alliance and who understandably worry about Trump.

Often, what seems obvious to policymakers is surprising to the public, partly as a result of different access to information.

My own institution, the National Security College at the Australian National University, has a primary mission of education - we have trained 3,000 government officials in the past seven years. Many of our Masters and PhD students are serving or future policymakers.

We are dedicated to supporting high standards of policy thinking and policy-making.

So as well as contributing to the public debate, we provide a safe space for ideas to be discussed and debated, among officials and others, academics, business and international friends.

Thus we help with some of the forthright and trusted conversations that make alliances and partnerships work.

Last year, for example, we hosted the likes of former US Director of National Intelligence Jim Clapper, and commander of US Pacific Command Admiral Scott Swift, for frank exchanges of views on global security issues.

Such conversations are a reminder that the alliance is deep, enduring and many-layered - it goes much beyond the President or the politics of the day.

The challenge ahead is how do we preserve and protect the alliance through a difficult phase.

But the alliance will still have an enormous amount to offer Australia.

And we have to face the reality that for the foreseeable future we do not have other options.

Our interests are extensive and our capabilities cannot protect them all.

Australia provides security for a continent and its offshore territories.

We are the security provider of last resort for much of the South Pacific including Papua New Guinea.

We have zones of maritime responsibility across much of the Indian and Southern Oceans. We are responsible for 43 percent of Antarctica.

We rely acutely on lifelines of trade, investment, information and people across the Indo-Pacific.

We rely on a rules-based order in which the rights of small and medium powers are respected.

The fact that our interests outweigh our capabilities places a premium on partnerships.

And to attract and consolidate links with partners - including the US alliance - Australia needs credibility.

That means it needs its own core strength, its own capabilities, its own strategic weight. We need the capacity to do things for our own security - and to demonstrate this.

That's why it makes sense for Australia to be able to contribute to regional and global coalitions for common security interests, whether the fight against Islamic States or shared humanitarian and disaster relief operations.

Governments are good at telling the public how strong and effective our national security is, how much our defence force is capable of doing.

But there is much our defence force cannot do alone.

And even with the ambitious but generally realistic plans under the Defence White Paper, limits will remain.

A degree of military self-reliance in combat is not the same as being able to operate entirely without our US ally - which will continue to provide much of the technology, interoperability, intelligence and targeting this self-reliance combat force will need.

It will be many years before our new regionally superior submarine fleet is operational.

Many American people and organisations have powerfully reminded us that their country - and the world economy - would not function without immigrants.

Maybe Government and Opposition have to be somewhat bolder in explaining to the Australian people just what would be the limits of Australia's security without the United States.

It is easy and for some politically tempting to say we need to begin thinking about Australian security without America.

But this appraisal needs to be honest. It needs to include suggestions of what a viable national security strategy - defence, diplomacy, intelligence and social resilience - would look like without the United States.

Unfortunately, much of the commentary we hear is light on such practicalities.