Scholarship winners set their sights on the Indo-Pacific 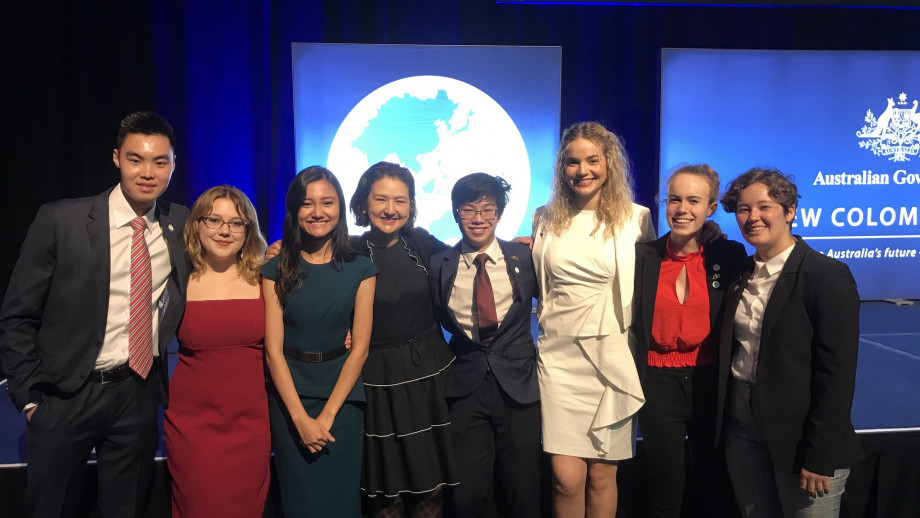 Seven ANU students have won prestigious scholarships to study in the Indo-Pacific under the Australian Government's New Colombo Plan (NCP).

The highly-competitive scholarships, announced by Foreign Minister Marise Payne, are worth up to $70,000 each.

As NCP Scholars, students spend up to 19 months in the region.

Some 125 scholarships have been awarded for 2020, with ANU topping the list of winners with Griffith University.

The seven ANU students will study at universities in China, Fiji, Japan, Papua New Guinea, Singapore and Taiwan. They will also undertake internships in government departments, universities or businesses across the region.

Three of the ANU students have been named as NCP Fellows - the top ranked applicant for their country of study.

Among the ANU winners is Yasmin Poole, who is studying law and international relations at ANU. She will spend 12 months at the National University of Singapore, and intern with an international development organisation in the Pacific.

"It was surreal finding out that I had received the scholarship as it was something I had always dreamt of since first year," Ms Poole said.

"I'm particularly excited to study in Singapore. Not only does it provide tremendous work opportunities, but also the ability to explore my Malay-Singaporean ancestry.

"As we head into the Asian Century, understanding the Asia-Pacific is more crucial than ever and I'm excited for the ability to immerse myself."

"These talented and motivated undergraduates will embark on a journey that will provide them with the foundations to be leaders in business, government and beyond.

"The opportunities are endless, and I look forward to them being part of our ongoing future success and prosperity as a nation."

Eight of the 2020 scholarships are supported by businesses including PwC, King & Wood Mallesons, Newcrest Mining, QBE Insurance and GHD. ANU students have won three of these awards.

Siena Hopkinson, who is studying a Bachelor of Laws and a Bachelor of Arts and is the NCP Japan Fellow, has also been named the PwC Scholar. She will use her scholarship to complete Japanese studies at Ritsumeikan University in Kyoto and complete an internship with PwC in Tokyo.

Newcrest Scholar Soraya McGinley is completing a Bachelor of Development Studies and a Bachelor of Environment and Sustainability at ANU. She will use her NCP scholarship to complete environmental studies at the University of the South Pacific in Fiji followed by internships with Newcrest in the same country and Papua New Guinea.

Other ANU scholars for 2020 include:

More than 60,000 awards have been made to students as part of New Colombo Plan scholarships and mobility grants since 2014.  ANU has had 46 NCP Scholars awarded since the inception of the program.