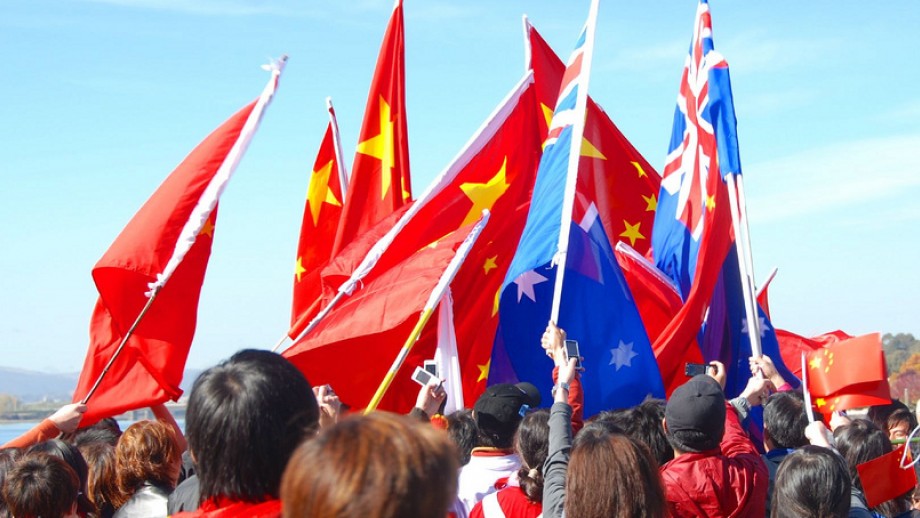 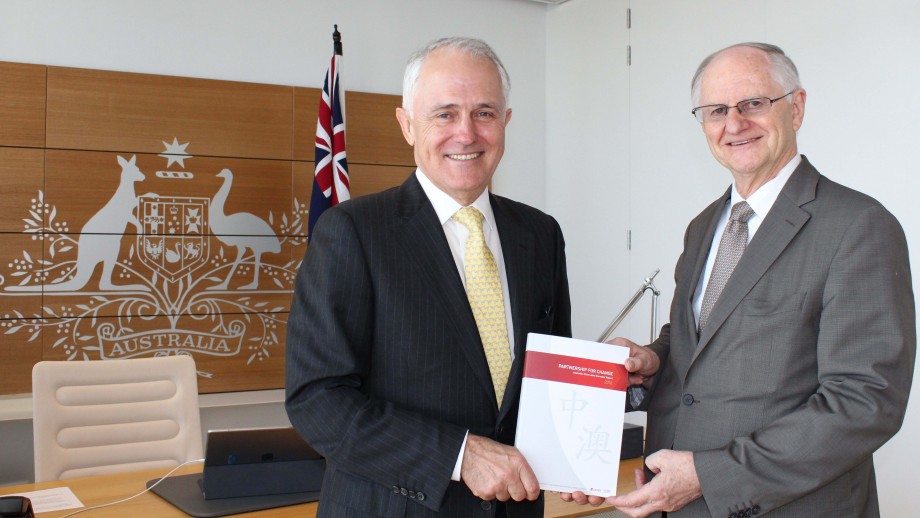 Both Australia and China gain from growing and diversifying their economic relationship through new flows of tourists, students, investors and migrants.

A major new study of the relationship between Australia and China, supported by both governments, has outlined a new vision for bilateral ties and pointed to significant economic and social benefits of stronger engagement and cooperation.

The report, the Australia-China Joint Economic Report (ACJER), is the first major independent study of the Australia-China relationship, compiled with support from both Beijing and Canberra. It is a joint report by The Australian National University (ANU) and the China Centre for International Economic Exchanges (CCIEE).

The report, delivered to Prime Minister Malcolm Turnbull and Chinese Premier Li Keqiang on Monday, is a comprehensive analysis of the state of the relationship.

"Australia and China have a great opportunity to turbo-charge an already close relationship, to become stronger partners over the coming decades," said Professor Drysdale, Head of the East Asian Bureau of Economic Research at ANU and Editor-in-Chief of the East Asia Forum.

"Australia has been a trusted partner in China's 'reform and opening' since the 1980s, and is seen in China as a valuable international testing ground and pilot zone for economic policy reform," Professor Drysdale said.

China is Australia's largest trading partner with bilateral trade worth more than A$150 billion in 2015, while Australia is China's seventh largest source of imports and 13th biggest export market. The China-Australia Free Trade Agreement (ChAFTA) entered into force in late 2015.

Community and cultural links are also increasing, and China is the largest source of foreign students in Australia, with 120,000 Chinese students in 2015

The report's main finding recommends the governments of both countries work to elevate their close trade and investment ties to a new and unique level through a special Comprehensive Strategic Partnership for Change.

A unique diplomatic framework for the Australia-China relationship will send important high-level signals to policy and business actors on both sides.

The report said the new Comprehensive Strategic Partnership for Change could have a dramatic benefit to both countries, through increased trade and growth, and a shared interest in the institutions of global governance and 21st century economic and security challenges.

It shows how China's economic transition away from investment, exports and heavy industry and into consumption, innovation and services will open new opportunities for trade and investment for both countries.

"Both Australia and China gain from growing and diversifying their economic relationship through new flows of tourists, students, investors and migrants," Professor Drysdale said.

However, it said much greater benefits would flow if Australia and China implemented the reforms recommended in ACJER report.

"If this reform agenda is prosecuted successfully, Australian exports to China will grow by 120 per cent in real terms, and Chinese exports to Australia by 44 per cent," it said.

"For China, this is conditional on the implementation of a reform agenda that embraces financial and factor reform, state-owned enterprise reform, increased openness to foreign investment, and capital account liberalisation.

"For Australia, it means increased competition in sheltered industries, openness to foreign investment and skills, and facilitating investment in social and physical infrastructure."

The full report is available at the ANU Press website: http://press.anu.edu.au/.

The report will be launched in Canberra at the ANU Crawford School of Public Policy at 5.30pm on Monday August 15. Guest speakers include China's Ambassador to Australia his Excellency Cheng Jingye, Shadow Assistant Treasurer the Hon Dr Andrew Leigh, Dr John Hewson AM, and Professor Drysdale.

Details and registration are available at the ANU Crawford website.

The ACJER is the product of a unique year-long collaboration between the East Asian Bureau of Economic Research in the Crawford School of Public Policy at the ANU and the China Center for International Economic Exchanges, a think tank that is supported by China's National Development and Reform Commission in Beijing.

The ACJER was presented to Prime Minister Malcolm Turnbull in Sydney and the Chinese Premier Li Keqiang in Beijing on Monday, 15 August.