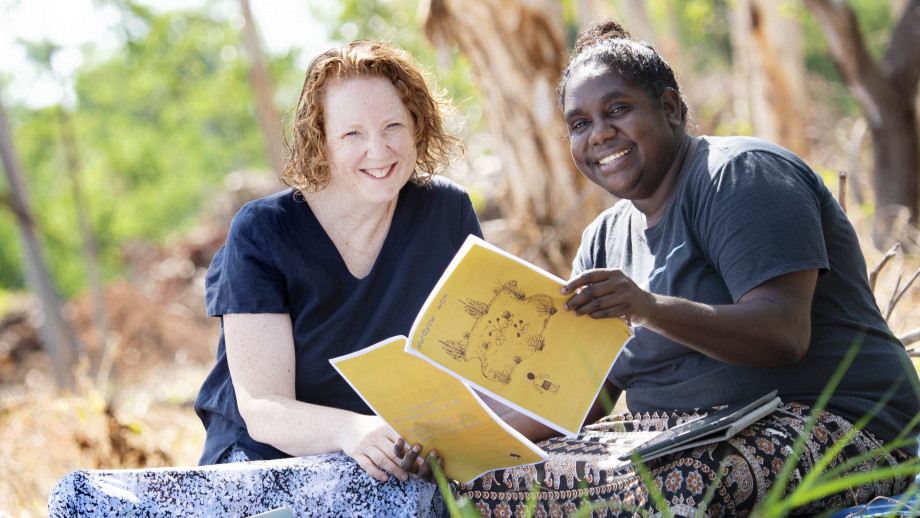 It's more than a means of communication, it is actually about identity, land, law and all aspects of who they are.

The course is being coordinated by ANU-CDU PhD scholar Cathy Bow in collaboration with the Bininj Kunwok Regional Language Centre.

Ms Bow said the course is a positive step forward for Kunwinjku which is under threat from the increased usage of English and Kriol - an emerging Aboriginal language with a largely English vocabulary.

According to 2016 Census data there are just 1,711 people who speak Kunwinjku at home.

Ms Bow said the new course is an important way of sharing the Indigenous culture of West Arnhem Land where many non-Indigenous people work in this region, but very few learn the first language of the local people.

"Many Australians don't have a sense of the value of language to Indigenous people," she said.

"It's more than a means of communication, it is actually about identity, land, law and all aspects of who they are.

"There are not many opportunities to learn an Indigenous language at university, so this is an important addition to this field."

Ms Bow is working closely with a language committee of native Kunwinjku speakers from West Arnhem Land who have been involved in designing the curriculum and resources. "The language committee are keen to share their language more widely. Since the course is delivered fully online, we've been working together to create and select a range of audio and video recordings to give learners authentic exposure to the language."

Seraine Namundja, a native speaker of Kunwinjku and member of the language committee, has been creating multimedia resources for the course. "Kunwinjku is our language and we like to help people to learn it. It helps them to communicate with us, and they can learn about our culture."

Ms Bow's work also involves managing the Living Archive of Aboriginal Languages project which has been collecting and digitising Indigenous language resources from around the Northern Territory.

The UN has declared 2019 the International Year of Indigenous Languages, and both universities are committed to showing support for the languages of Australia's first peoples.

The new course is jointly run by ANU and CDU and set to welcome its first cohort of students in first semester 2019. Details available at https://www.cdu.edu.au/bininj-kunwok 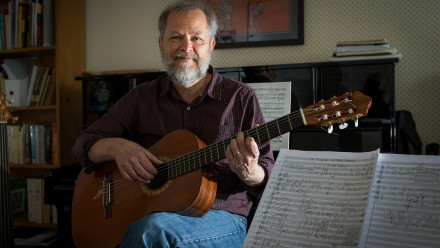