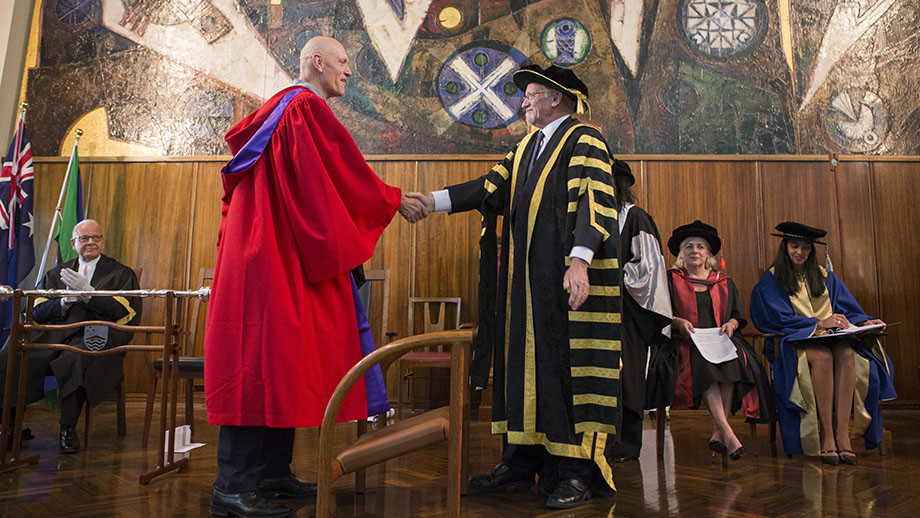 Professor Evans said Dr Garrett had made exceptional contributions to Australian music, environmental conservation, reconciliation with Indigenous Australians and public service through his achievements as a singer, activist, advocate and politician.

"Peter's life's work has been driven by his passion for music, the environment and politics," Professor Evans said.

"As agents of social change, Midnight Oil - with Peter its lead singer and hugely articulate public voice - were renowned for its strong support for the rights of Aboriginal and Torres Strait Islander people and protection of the environment."

Before entering Parliament in 2004, Dr Garrett was the President of the Australian Conservation Foundation and a member of the International Board of Greenpeace.

"Peter's environmental activism began as most does: in grassroots campaigns for local issues. He spearheaded the national campaign to Save Jervis Bay in 1989, and his passion for conservation did not waver throughout his political career, culminating in his role as federal Environment Minister in establishing the national waste policy, instigating Australia's case against Japanese whaling and substantially extending our national reserve program," Professor Evans said.

"He has also been a fierce campaigner for Reconciliation. Fronting Midnight Oil at the Sydney Olympics closing ceremony, wearing the now famous "Sorry" shirts, was just the most global public face of many decades of tireless advocacy for the rights of Aboriginal and Torres Strait Islander Australians."

"Peter's extraordinary dedication to Australia, and the issues he fights for so passionately, reflect the values of the ANU community, which has always been deeply committed to good public policy.

"We are proud to confer this degree on Peter, one of our outstanding alumni and one of Australia's most well-respected and effective campaigners for principled public policy," Professor Evans said. 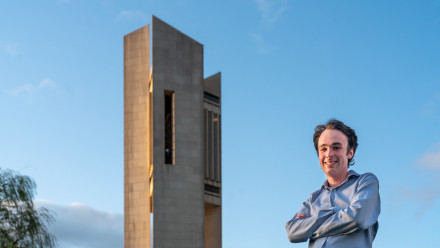 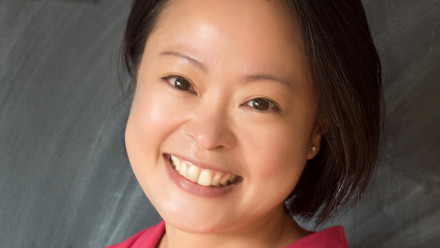