Reconstructing the history of our Galaxy has just become a whole lot easier, thanks to a team of international astronomers led by Dr Luca Casagrande from the Research School of Astronomy and Astrophysics.

By examining both the light and soundwaves from stars, the team has developed a more precise way to deduce the ages of stars and to pinpoint when our Galaxy's big events happened.

The development will help astronomers study the properties of ancient stars and help them better understand the formation and evolution of the Milky Way.

"We might also uncover evidence for violent events in the past, such as collisions with other galaxies," Dr Casagrande said.

Exactly how a giant prehistoric gas cloud condensed to form the stars and planets of our Galaxy, and why it formed its familiar spiral shape, are the kind of questions Dr Casagrande's team are addressing.

Until now, a celestial version of the carbon-dating used by terrestrial archaeologists has been missing. That is now changing, thanks to Dr Casagrande's approach, which harnesses the light and sounds from the stars.

Dr Casagrande first came up with the idea when he was working in Germany in 2011, and sharing a flat with another astronomer from a different field.

"I was working on the Stroemgren technique which uses the colour of stars to work out stellar properties, while my friend, Dr Victor Silva Aguirre, was working on data from the Kepler Satellite which measures the pulsations of stars; effectively their sound," said Dr Casagrande.

"We realised that combining the two measurement types would give much more precise stellar parameters, including the possibility of deriving good ages for stars."

Their initial set of data for 1,000 stars has been published in the pre-print of the latest Astrophysical Journal.

"This is the first paper of a series; the catalogue paper," says Dr Casagrande.

"Now we are working on the analysis, to release in the next few months, which will study how the age and chemical composition of the stars change in a 5,000 light-year long strip across the Milky Way."

For more information, see the project's website at http://www.mso.anu.edu.au/saga/saga_home.html. 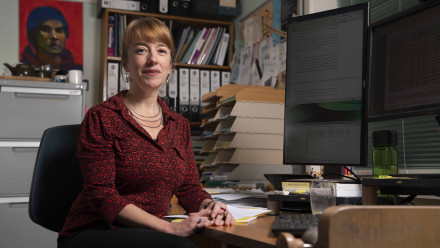 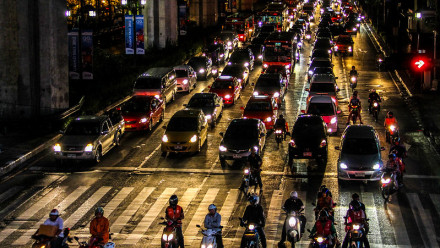