» Newsroom » All news » New gene a key to fighting sepsis 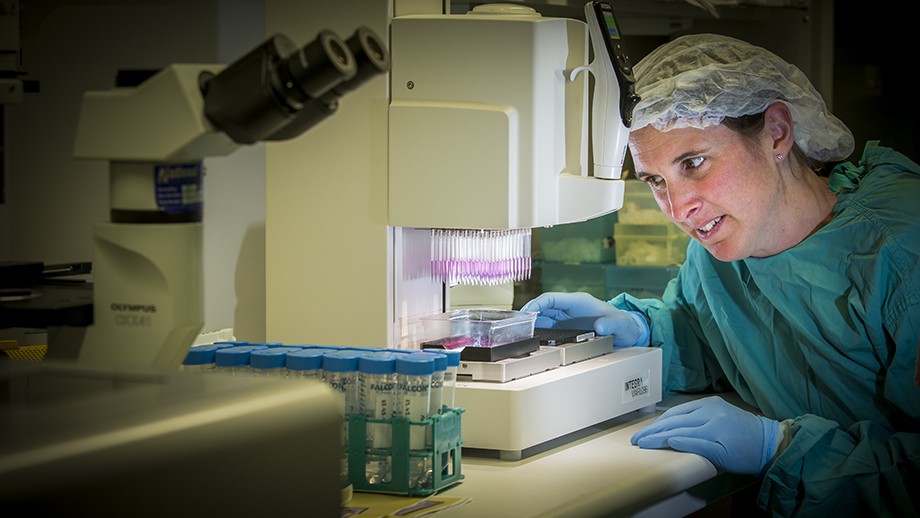 Scientists have identified a gene that could potentially open the door for the development of new treatments of the lethal disease sepsis.

Researchers from The Australian National University (ANU) and the Garvan Institute of Medical Research worked with Genentech, a leading United States biotechnology company, to identify a gene that triggers the inflammatory condition that can lead to the full-body infection sepsis.

"Isolating the gene so quickly was a triumph for the team," said Professor Simon Foote, Director of The John Curtin School of Medical Research (JCSMR) at ANU.

Sepsis is a severe whole-body infection that kills an estimated one million people in the US alone each year. It occurs as a complication to an existing infection, and if not treated quickly can lead to septic shock and multiple organ failure, with death rates as high as 50 per cent.

Professor Foote acknowledged the vital support of the Australian Government's National Collaborative Research Infrastructure Strategy in setting up the Australian Phenomics Facility at the JCSMR, where the gene was identified.

Researchers were aware that sepsis occurs when molecules known as lipopolysaccharides (LPS) on the surface of some bacteria infiltrate cells, triggering an immune response that causes the cells to self-destruct. But exactly how the self-destruct button was pressed remained a mystery.

Scientists at Genentech showed that Gasdermin-D usually exists in cells in an inactive form. When the LPS molecules enter the cells they trigger an enzyme called caspase-11, a kind of chemical hatchet, to lop the protective chemical cap off Gasdermin-D, which in turn leads the cells to self-destruct.

The team employed a large-scale forward genetics discovery platform to screen thousands of genes for those involved in the LPS driven self-destruct pathway of cells.

The team found that the new gene created a protein, Gasdermin-D, that triggers cell death as part of the pathway to sepsis.

Nobuhiko Kayagaki, PhD, Senior Scientist from Genentech, said the work will help researchers understand and treat other diseases as well as sepsis.

"The identification of Gasdermin-D can give us a better understanding not only of lethal sepsis, but also of multiple other inflammatory diseases," he said.

Professor Chris Goodnow, from ANU and Garvan Institute of Medical Research was a co-author on the research paper, which was published in Nature.

"This finding is a key that could potentially unlock our ability to shutdown this killer disease before it gets to a life-threatening stage," Professor Goodnow said.