More than 2,600 students, including 800 from the ACT, have received an early offer to study at The Australian National University (ANU) in 2017.

The figures follow the latest early round offers by the Universities Admissions Centre's (UAC) on Thursday.

Vice-Chancellor Professor Brian Schmidt AC said ANU continued to attract the brightest and most interesting students in the country.

"I'm delighted today to welcome three of our new students, who are among the 2,639 students who have been made an early offer to join the ANU community," Professor Schmidt said.

"I know they - and all the other students who have received offers from ANU today - are excited to be starting their university careers. It's students of their calibre who really make ANU what it is.

"We learn as much from our students, who come to us from all different backgrounds and with wildly diverse interests, as they learn from us.

"It's great to see demand for places to study at ANU this year has remained strong, despite a slight fall in the overall number of applications for universities across the ACT and New South Wales.

"It's not too late for students who want to come to ANU to apply, but students who do want to change their preferences should get onto it straight away as they only have until midnight on Friday to be included in UAC main round offers."

Merici College graduate Georgia Larsen received an early offer and will become one of the first students to undertake the new ANU Bachelor of Design program being introduced in 2017.

"I'm really excited to be starting at ANU. My graphic design teacher told me about the new course coming up, I came to check it out on Open Day and that really sold it for me," she said.

"The Bachelor of Design will not only gives me the chance to learn about design but also other disciplines that can help me."

Dickson College graduate Katrina Gibbons has been offered a place to study a Bachelor of Philosophy (Honours) Science.

"The ANU is one of the best universities in Australia and is close to where I live, so it seemed like the optimal choice. It's a really beautiful campus, I'm really excited to come here," she said.

"The Bachelor of Philosophy allows you to do a lot of research in your undergrad degree and that can lead to post-grad research which really interests me."

Joshua Guest, from Melba Copland College, has been offered a place to undertake a Flexible Double Degree in International Relations and Languages.

"I chose to study at ANU because I had heard a lot about the Japanese program. It's also one of the best universities in Australia so I'm very excited about the prospect of studying here," he said.

"I have a dream to become a diplomat. This course should allow me to gain the knowledge and skills to pursue that."

In particular, demand for Flexible Double Degrees has been strong with more than 1,000 offers so far for 2017, with the most popular being for Arts, Social Science, Business and Science.

The UAC early offers went to 607 ACT school leavers. ACT school-leavers who placed ANU as a first preference were considered for early offers.

Applicants who applied to ANU through equity programs and alternative entry pathways such as the Schools Recommendation Schemes have also received offers for 2017. 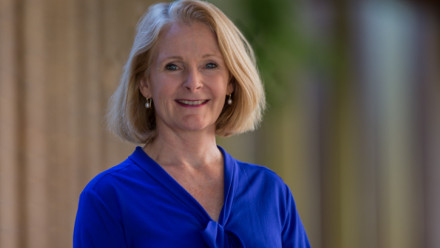 26
May
Message to students - safe return of teaching and learning »

26
May
Message to staff - safe return of teaching and learning »