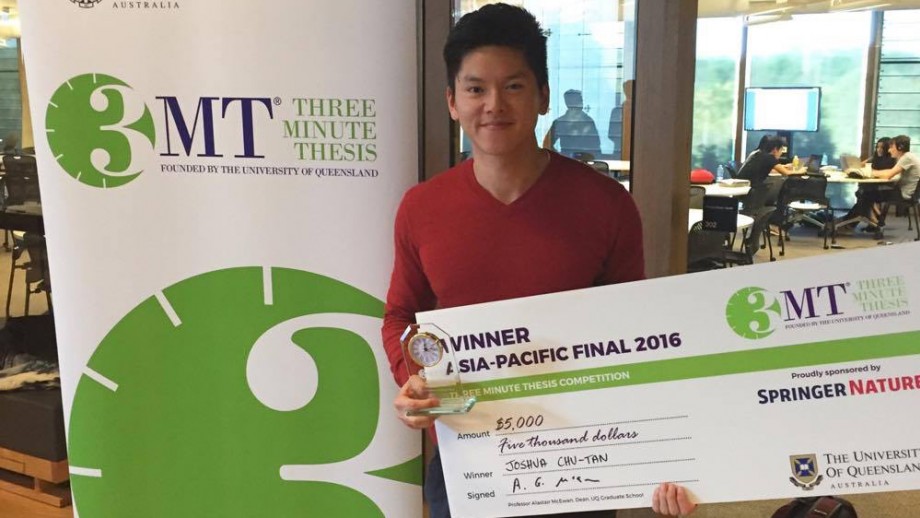 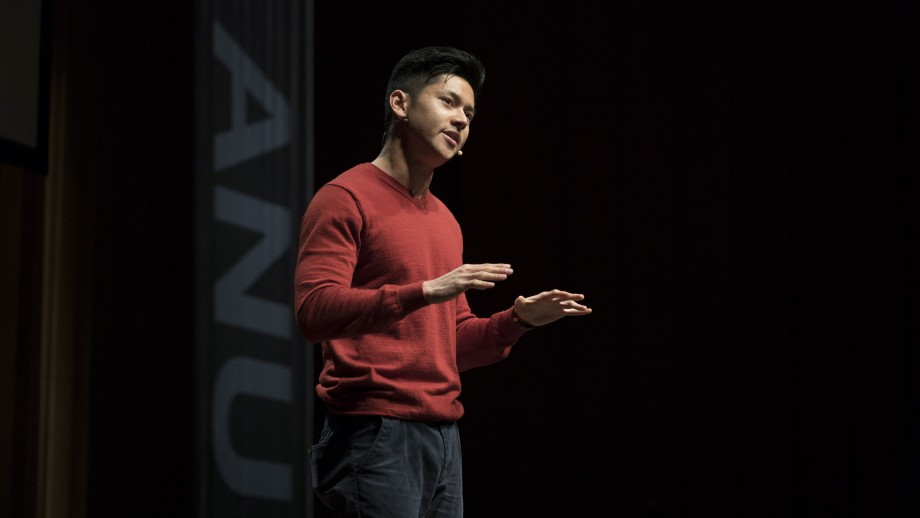 His prize also included funding and entry into the 2016 Falling Walls Lab final and conference in Berlin.

Mr Chu-Tan said he felt an overwhelming sense of pride when his speech on developing gene therapies for age-related macular degeneration, the leading cause of blindness in the developed world, won the competition.

"Being part of the competition already felt phenomenal but to be placed in the finals and be crowned the winner was out of this world," he said.

"I'm just so happy that so many people could relate to and want to know more about the work that we do in our lab. The research has the potential to significantly impact the lives of millions."

"On behalf of the University, I congratulate Joshua on his outstanding performance," Professor Schmidt said.

"Joshua is the first ANU student to win the 3MT Asia-Pacific final and we look forward others following in his footsteps."

Mr Chu-Tan said he was excited to be competing and presenting at the Falling Walls Conference in Berlin in November.

"I was blown away when I saw the names of people who have attended this conference," he said.

"It will be a chance to rub shoulders with world leaders in innovation and technology, an opportunity that will truly be lifechanging." 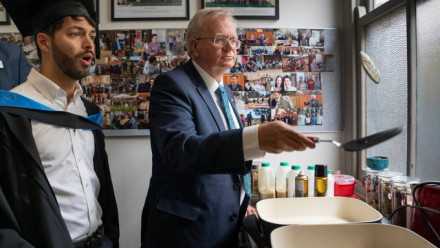 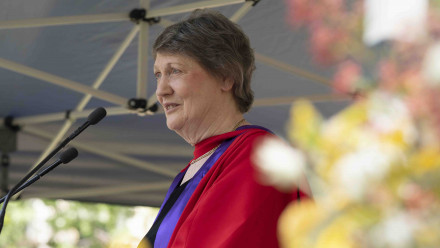 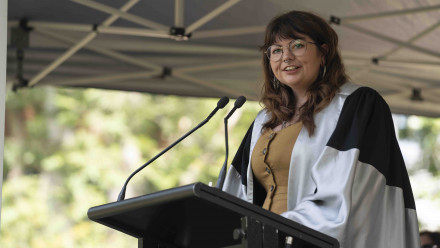