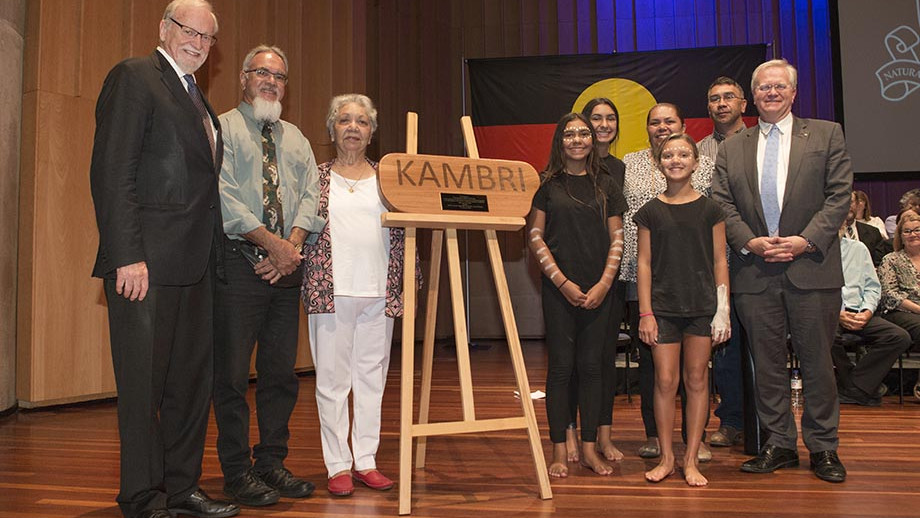 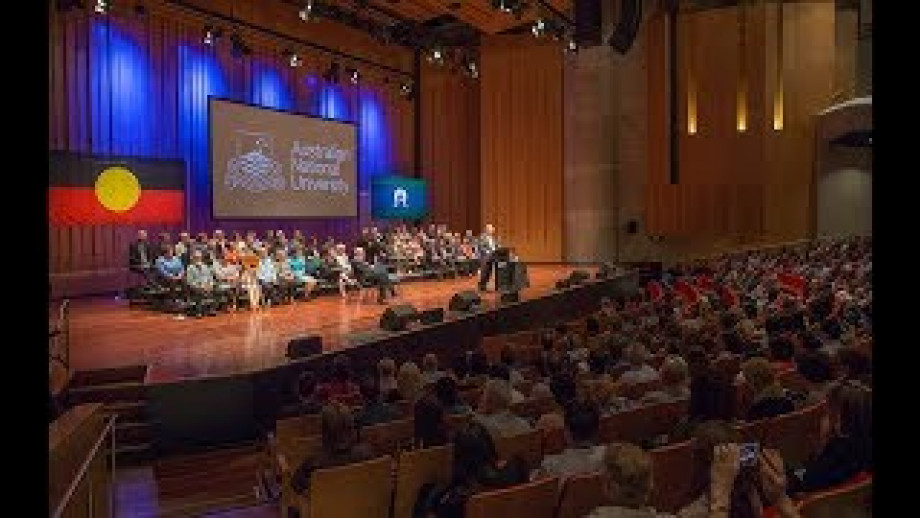 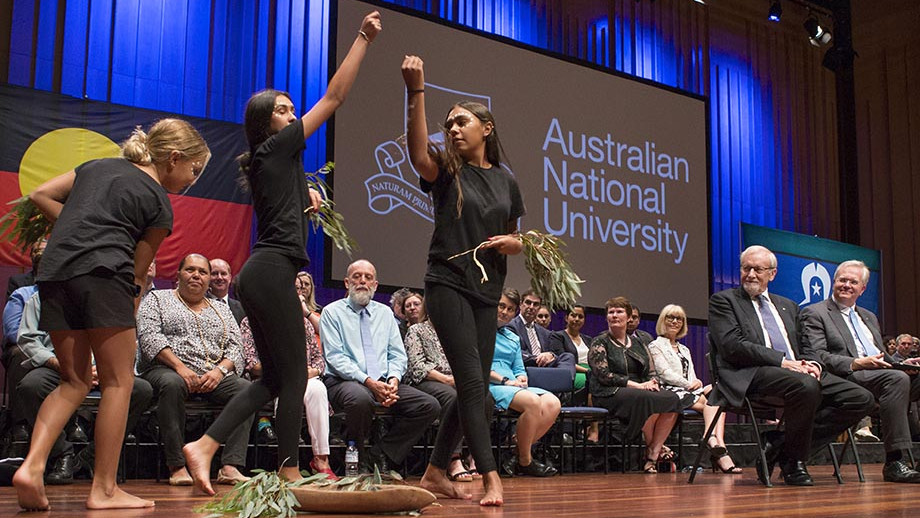 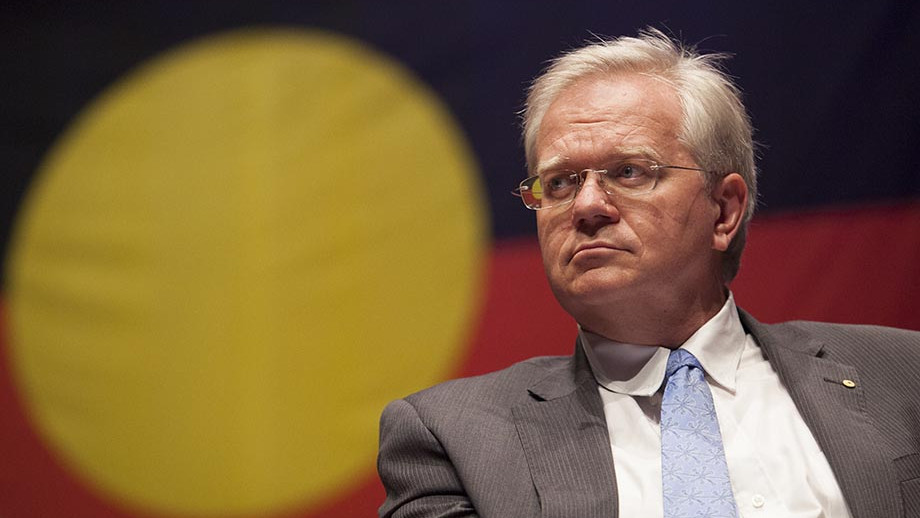 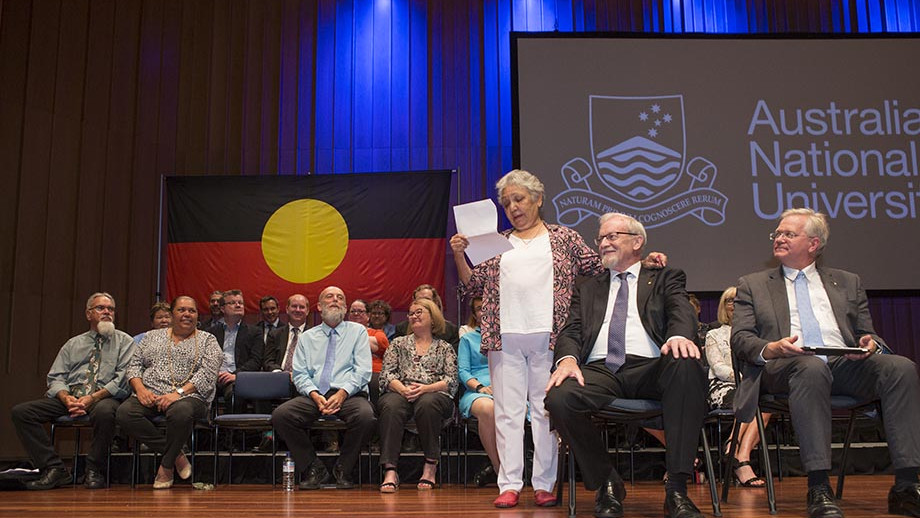 Kambri will be a meeting place like no other in the world.

Representatives of the ACT's four Indigenous communities have come together at ANU to present the University with the name for its new precinct, formerly Union Court.

The Elders have gifted the name "Kambri" to ANU, to honour the University's new central meeting place opening in 2019..

The name was presented to ANU Vice-Chancellor Professor Brian Schmidt AC during a special ceremony at the annual state of the University address, in which he updated the University on its strategic initiatives.

Professor Schmidt thanked the Elders for the extraordinary gift, which he said reflected the University's commitment to being a place that honours Australia's Indigenous heritage.

"For thousands of years, Aboriginal people came together, shared stories and learnt at the places we now call ANU and Sullivans Creek," he said.

"Kambri will be a meeting place like no other in the world, providing a space for Indigenous culture to live within the social fabric of ANU and the greater Canberra community.

"It will be a place for local Aboriginal people to share family stories along the rejuvenated Sullivans Creek and grow local bush food."

"Here on Kambri country I want to express the gratitude and graciousness of all our past and going into the future," she said.

Ngunawal Elder Wally Bell said the naming was significant, and it was important to allow people to learn about Aboriginal culture.

"It's quite significant that the usage of the name Kambri is being given a bit more prominence, especially at ANU. It's a place for learning and we need people to learn about our culture," he said.

Ngunnawal Elder Tina Brown said the name celebrated the rich culture of the Indigenous people of the region.

"The ANU is a place of learning. So to bring these pathways of learning within a campus is extremely powerful," she said.

"This is not a timid document," Professor Schmidt said. "I want to see ANU become the destination of choice for Aboriginal and Torres Strait Islander intellectual leaders to undertake research and to contribute to policy making."

He also highlighted the mid-year forum in July which will bring together Indigenous leaders, hosted by ANU and supported by the Federal Indigenous parliamentarians.

"As academics we have a responsibility to continue to search for the truth, upholding academic rigour and process and sharing our findings with the world," he said.

He said in 2018 a new Public Policy and Societal Impact Hub would harness the research breadth of ANU and help solve some of the nation's most complex policy issues.

"This is going to help us understand and find solutions to the problems of this millennium along with ones we haven't even imagined yet," he said

The University's Industry Advisory Board, established in 2017, would continue to help ANU build bridges with industry.

16
Sep
How to train a machine to see 3D in the dark »
Page owner: Strategic Communications & Public Affairs