» Newsroom » All news » Honours language student off to UN in NY

Honours language student off to UN in NY 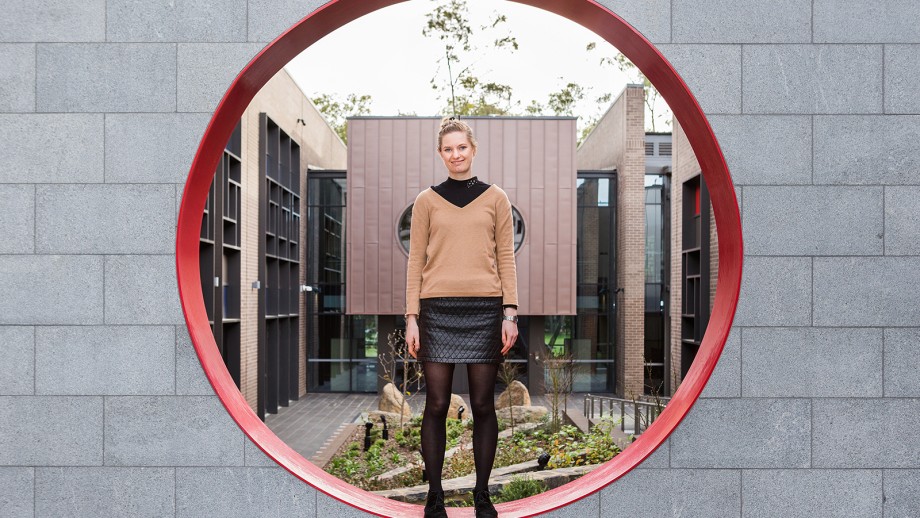 McLean-Dreyfus has been chosen as one of 60 college and university students worldwide to attend a youth forum at the United Nations in New York. She is the only ANU student attending, and one of three Australian students picked to go to the UN.

As part of the competition, the College of Asia and Pacific student submitted an essay written entirely in Mandarin, on the topic of global citizenship and multicultural lingualism.

McLean-Dreyfus, 24, says she started learning Chinese at ANU as an undergraduate and believes language is important for identity and policy.

It wasn’t an easy task putting the essay together, even for someone with a few years of language studies under her belt.

“So the challenges were structuring the sentences as well as the content. I had to do some research and structure in the Chinese essay way instead of the way English essays are written.

“I guess I bounced some ideas off of friends, like how to say things in Chinese the right way and include some traditional Chinese to give it a bit of flavour and authenticity.

“A big part of it was just trying to make it as authentic as possible and not look like one of those essays that was written by a foreigner.”

While in New York, McLean-Dreyfus will meet up with nine other students who wrote essays in Mandarin. They’ll then make a 10 minute presentation to the UN based on themes from the UN’s Academic Impact.

“I’ve had so much fun learning a language,” she says.

“It has given me so many opportunities. I’ve been to China, Taiwan and now I’m going to New York, all because I started learning Chinese. So there’s the travel and then even learning a new language you learn so much about other cultures. I don’t think you can really understand a culture unless you speak the language. It just gives you so much insight. Plus being able to converse with other people in their language is really special.”

McLean-Dreyfus hopes to do her PhD on language studies in the future.

More information on the United Nations Academic Impact can be found here.