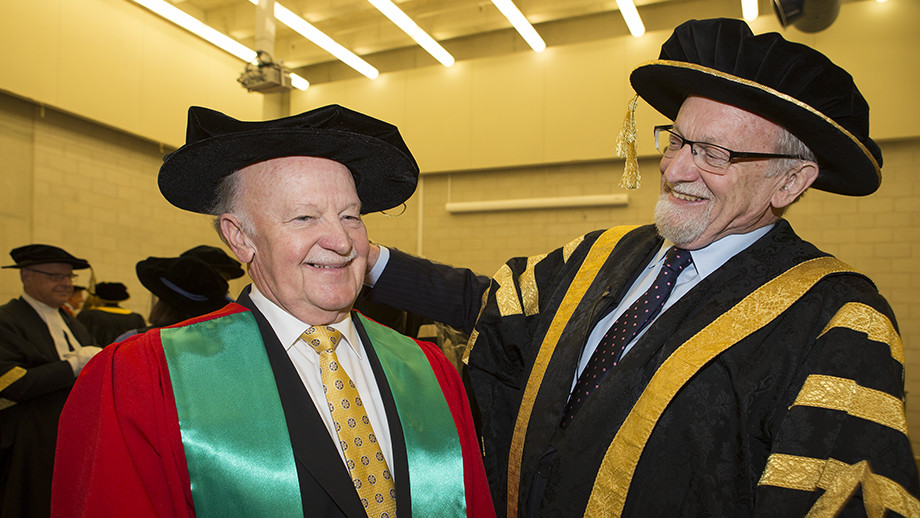 Chancellor, it is my pleasure to present to you for a degree of the University, Professor John Shine AC.

Professor Shine is one of Australia's most eminent scientists and has made outstanding contributions to biological science.

He became world-renowned for a series of discoveries that furthered our understanding of genes.

His career began with the discovery of a sequence of DNA now called the Shine-Dalgarno sequence. The sequence allows cells to produce proteins - the basis of how all of our cells operate.

He made this seminal discovery as part of his PhD at ANU in the early 1970s.

The discovery was essential for genetic engineering and allowed the development of an entire biotech industry.

It has been used to produce therapies that have helped millions of people around the world.

The discovery of the Shine-Dalgarno sequence means his name is known to most undergraduate biology students.

Professor Shine made further scientific breakthroughs as part of a research team in San Francisco that cloned the genes for human insulin, growth hormone and other proteins for the first time.

In the process, he developed sophisticated gene cloning techniques that helped transform the world of biotechnology.

He has been a major driver of the biotech industry and, since his return to Australia, has continued to make enormous contributions to science, including as Executive Director of the Garvan Institute of Medical Research for two decades.

Professor Shine began his academic career after graduating from ANU in 1972 with a First Class Bachelor of Science, with Honours. In 1975 he awarded a PhD, also from ANU.

He is a Fellow of the Australian Academy of Science and made a significant contribution to the Shine Dome, which was renamed in his honour.

Professor Shine was appointed an Officer of the Order of Australia in 1996 for service to medical research, particularly in the field of molecular biology.

In 2010 he was awarded the Prime Minister's Prize for Science, the nation's highest scientific award, and this year he was appointed a Companion of the Order of Australia, the highest level for Australian Honours.

Chancellor, it is with pleasure that I present to you Professor John Shine AC, that you may confer on him the Degree of Doctor of Science honoris causa for his outstanding contributions to biological science. 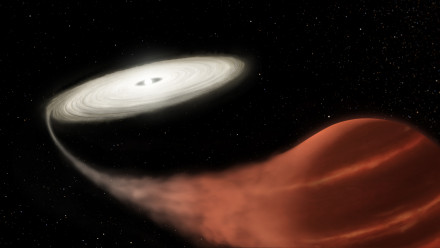 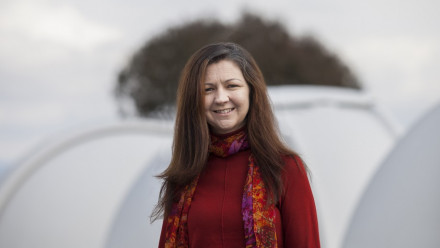