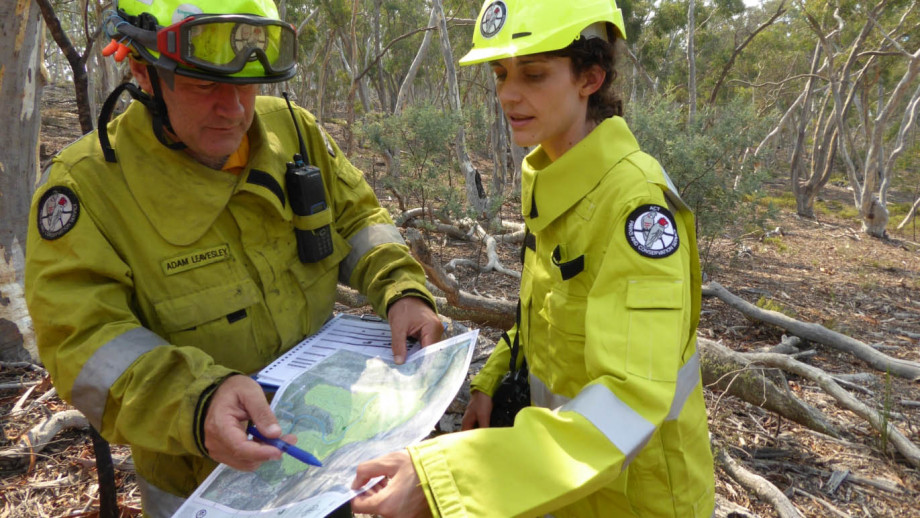 Dr Marta Yebra is a Senior Lecturer in Environment and Engineering at the ANU Fenner School of Environment & Society, and the ANU Research School of Aerospace, Mechanical and Environmental Engineering. She is also a Mission Specialist with the ANU Institute for Space. Earlier this year Dr Yebra assisted fire authorities about where to deploy firefighting resources during the New South Wales bushfire crisis.

You're a senior scientist in environment and engineering at the ANU Fenner School of Environment and Society and the College of Engineering and Computer Science. Can you tell us how you use satellites to help inform your research?

I use data measured by satellites and convert that data into variables used to make decisions in bushfire management. As an example, satellites measure reflections of solar energy, and we convert those values to variables for fire behavioural modelling and measuring bushland moisture levels and fuel load.

Most people understand satellites to be devices that monitor our earth's surface. What are satellites used for, in your field of expertise?

Before satellites, all we had was on-the-ground measurements, not representative of broad landscapes. Satellites give us a more comprehensive view of Earth on a larger scale and over time, giving us repetition over time and space. Taking measurements on the ground takes a lot of time and money because it requires lot of people. Satellite data is taken constantly.

What are the benefits of using satellites? How do they compare with using other forms of data collection from the ground?

You can use meteorological indices to measure fire fuel moisture, but weather stations are spread out, and they do not take continuous measurements over large areas. There's a lot of extrapolation. Drought indices are indirectly related to moisture condition and fuel load because different plants handle and respond to drought differently. One plant may not respond the way we think to drought. Some plants may have different moisture level contents depending on how well they cope with those conditions, independent of weather.

What has been one discovery you've made in your research thanks to the use of satellites?

We used satellite data to evaluate the key drivers of the scale of area burned during our last fire season. We discovered that the dryness of the landscape was a key driver of the extent of burned areas. Forests were well below the fuel moisture conditions that we observed over the last 15 years of satellite data that we have.

Additionally, satellite data showed the true area that was burned during our last bushfire season. We compared satellite data with the traditional reports of area burned, and the actual area burned was smaller than previously thought.  It was still much larger than anything that has burned in many years and more than the 'worst-case scenario' many people had planned for, but satellite data made the measurement more accurate.

What are you currently working on when it comes to research with satellites? How can this technology be expanded to benefit society?

Satellite data about fuel conditions is used by land managers to plan prescribed burns and know when to burn. They need to know when the fuel is not too dry and not too wet. Fuel condition data is also useful to fire risk prediction so we know when and where the fires are more likely to burn, and we may be able to tell how big those fires could be. This type of data can be used in fire spread models. When a fire ignites, these models help us understand how fast and where fire may spread depending on the dryness of the landscape. It tells us how much fuel is available to burn. You can have a high fuel load, but if it is not dry enough to ignite, there is no fire risk.

I am also designing a satellite mission to get more accurate data like this for Australians. Most of the satellite data we get comes from international space agencies, and those satellites are not specifically designed to track fuel moisture content in Australia. We need a better, fit for purpose, satellite that is tuned to be more sensitive to moisture changes and fuel load in eucalypt forests. This satellite can give us that data specific to Australia and its vegetation.

What does the future look like for satellite research?

It looks promising because space is becoming more open to anyone. In the past, it was only big government agencies that could launch satellite missions. Now more people have access to space so we can work with engineers to design satellite missions that better fit their purpose. 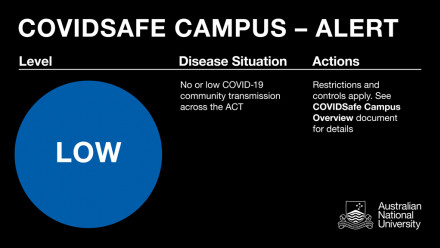 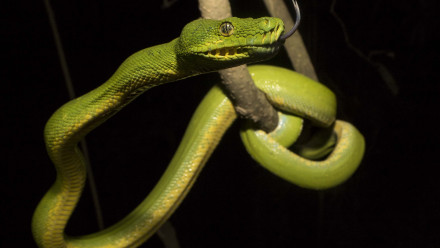