Don't blame voters for a lack of trust in institutions 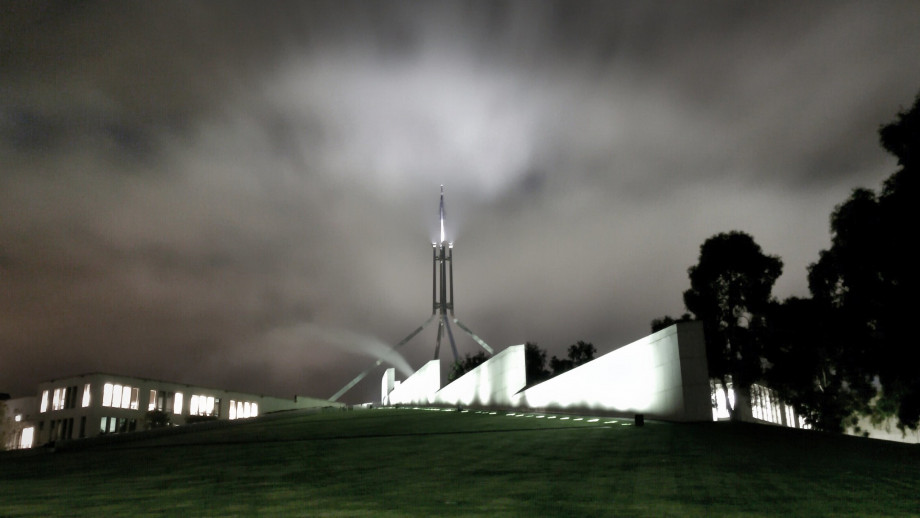 ANU Chancellor Professor the Hon Gareth Evans sets the scene for the 2019 ANU Crawford Leadership Forum and examines who we can rebuild turst in our major public institutions.

Australians may be the most trusting people in the world when it comes to each other. In the most recent World Values Survey - to which the Australian National University's School of Politics and International Relations is a major research contributor - we were more likely than any other country surveyed to say that 'most people can be trusted'.  But the love runs out when we are asked about many of our major public institutions.

We do like our armed forces and universities, and trust our election results, but when it comes to political parties, the media, churches, unions, banks and big business generally, trust is low.

And that trust is not only low but getting lower. The numbers jump around as the spotlight shifts, with banks and churches more vulnerable in recent times, but the overall trend is downhill.  Over the 37 years the Survey has been running, trust in churches, for example, has dropped from 55.7 per cent to 31.4 per cent, and in major companies from 79.2 per cent to 36.3 per cent. But the most disconcerting declines in trust have been in those institutions critical to the quality of our democracy.

In 1981, trust in political parties was an already alarmingly low 16 per cent, but in 2018 it was a desolate 11 per cent.  And whereas four decades ago 29 per cent of Australians had either a great deal or quite a lot of trust in the press, this has now fallen to 17 per cent. Most concerning of all is the loss of faith in the parliament itself.  Over the same period trust in our nation's legislature has halved from 56 per cent to 28 per cent. This should give us all reason to pause and reflect. Obstructing every measure put forward by the government may be a path to victory for an opposition. But it may turn into a pyrrhic victory if faith in the parliament itself continues to fall.

Australia is not an outrider in all of this, particularly in declining support for the major political parties - our compulsory and preferential voting systems making this less obvious here than elsewhere in final outcomes, but starkly evident in primary votes cast. Ever since the Global Financial Crisis of 2008 challenged the prevailing liberal political and economic orthodoxy there has been a shift towards illiberal politics and populism.

Donald Trump is simply an extreme example of a global trend, evident as well in countries as diverse as Brazil, the Philippines, Hungary and Italy. The European Parliament elections in May saw some strong results for populists but also for Greens and Liberals at the expense of centre-right and centre-left parties.

But it is utterly wrong-headed to blame the voters for the declining trust in politics. Painful though it sometimes is to admit, there is real truth in the old ALP mantra that  'the mob always gets it right'.  In a democracy the voters are the ultimate arbiters. Those who don't like a particular result have no alternative but to examine the quality of their analysis and advocacy. And it's not just our political parties but all the other institutions who are facing seriously low and declining levels of trust who need some similar introspection.

To help stimulate that process, our annual ANU Crawford Leadership Forum - often described as 'Australia's Davos' (though without the Swiss event's expense and exclusiveness) - will this year be built around the theme of 'Rebuilding Trust' in our public institutions and policymaking. The ANU was established in the immediate Post-War years with a strong mandate to contribute intellectually to the development of good national public policy, and we take that responsibility seriously.

The Forum in Canberra later this month, from June 23-25, will bring together again around 150 personally-invited Australian leaders evenly drawn from the public sector, business and media, and academic/think tank communities, to discuss current global geopolitical and economic realities - not least the ever growing US-China tension - and the domestic choices that flow from them. They will be joined by a stellar cast of US, European, Chinese and other Asian figures.

In a global and domestic environment in which it is all too easy to succumb to paralysed pessimism, it is desperately important to bring together policymakers, experts and community leaders to generate informed public debate and encourage creative new solutions to both new and old problems.

This year's Crawford Forum will be as good an opportunity as we will have for some time to address the malaise so obviously afflicting so much policymaking, and so obviously contributing to the decline of trust in so many of our public institutions.

Gareth Evans is Chancellor of The Australian National University, and was a Cabinet Minister throughout the Hawke-Keating Governments from 1983-96.  The World Values Survey (www.worldvaluessurvey.org), is a global network of social scientists studying changing values and their impact on social and political life, led by an international team of scholars with a Secretariat headquartered in Vienna. This article draws on WVS Wave 7, research for which was conducted in 2017-18 and led in Australia by The Australian National University's Dr Jill Sheppard.

The 2019 Crawford Leadership Forum takes place at The Australian National University from 23 to 25 June. This article was published in the Australian Financial Review, Monday 24 June.