» Newsroom » All news » Death of a landscape: why have thousands of trees dropped dead in New South Wales?

Death of a landscape: why have thousands of trees dropped dead in New South Wales? 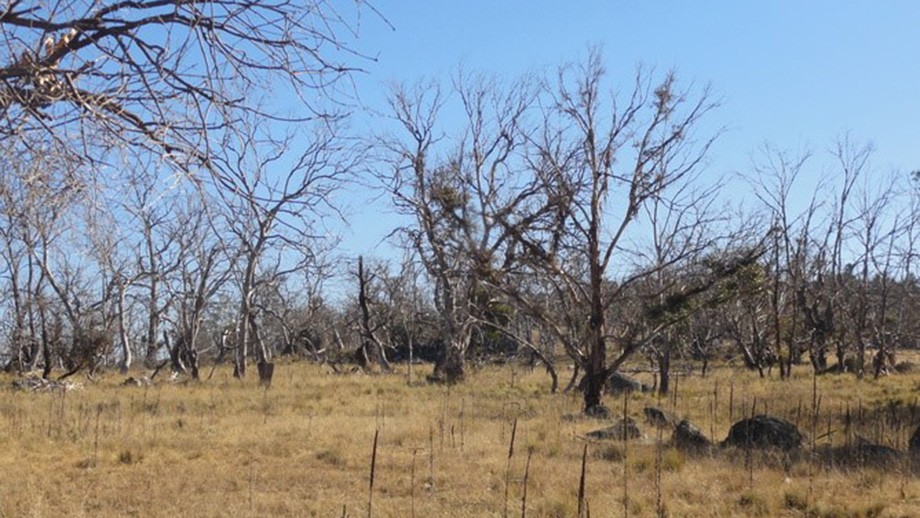 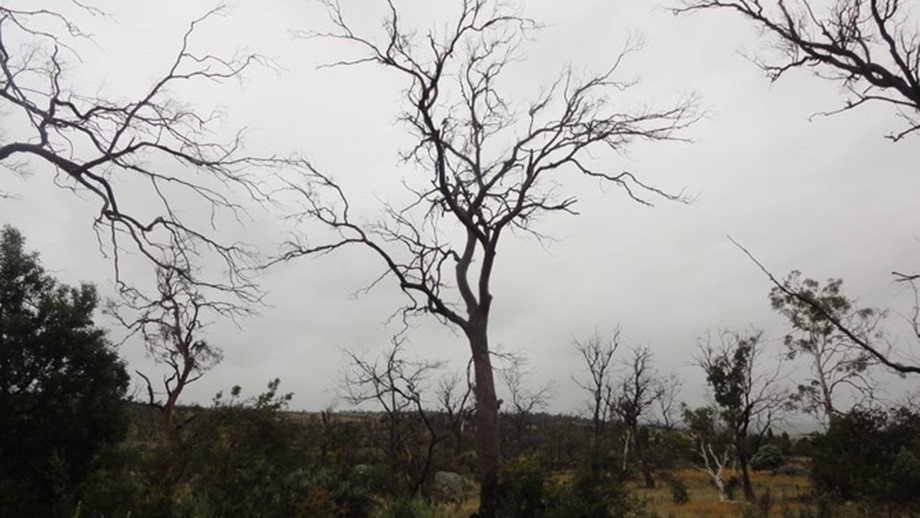 The Monaro with its dead hulks of trees may be a stark vision of the future, especially for those thousands who pass on their way to the ski fields during ever shorter snow seasons.

Trees die – that’s a fact of life. But is the death of an entire iconic landscape of Eucalyptus in the Cooma-Monaro region of New South Wales natural?

For over a decade, large stands of Eucalyptus viminalis, commonly known as Ribbon Gum or Manna Gum, have been gradually declining in health, and now stand like skeletons in huge tree graveyards.

In our recently published survey we found the affected area to cover almost 2,000 square km, about the size of the area burnt in the devastating Ash Wednesday bushfires in Victoria or more than the area covered by the 2003 Canberra fires.

Within this area, almost every Ribbon Gum is either dead or showing signs of severe stress and dieback, with thinning crowns full of dead branches. Other tree species seem to be surviving, but this smooth-barked gum with its characteristic ribbons of peeling park, once the dominant tree of the Monaro, now seems set to disappear from the landscape.

Why do trees die?

Dieback is not an unusual phenomenon in Australia. Rural dieback first achieved widespread notoriety in the New England area of NSW during the 1970s and 1980s. This dieback was attributed to agricultural practices such as grazing, fertilisation and understorey clearing that upset the balance of insects and their predators.

The resulting insect population explosion led to repeated defoliation, which over several years exhausts the trees’ ability to recover. In the case of the Monaro dieback, the ultimate cause of death seems to be an infestation of the (native) Eucalyptus Weevil (Gonipterus sp.), which have been observed in large numbers on the few surviving trees.

Although dieback is often associated with insect attack, it seems that the underpinning reasons are much more complex.

In our study, Ribbon Gums appeared to be uniformly dead or showing signs of severe dieback regardless of their local environment. Areas that had been fenced off or with no other major disturbance might have been expected to be more resilient to dieback, but were as badly affected as those in paddocks that had been fertilised or grazed.

Similarly, absence or presence of recent fire or pasture improvement made no difference to the trees' health. Asking graziers to change their practices, or fencing out reserves doesn’t appear to be effective in saving the Ribbon Gum.

The Millennium drought may also have played a role, given that the onset of the dieback coincided with a significant drop in rainfall.

Large dieback events are being observed more frequently in Australia and around the world, and often been attributed to severe droughts.

In Western Australia it has been reported that jarrah, banksia and tuart woodlands experienced widespread collapse due to extreme temperatures and drought, causing a permanent shift in species distributions.

The Monaro region has a harsh climate, with extremes of temperature and very low rainfall due to the rain shadow of the Snowy Mountains. Ribbon Gums normally grow in wetter areas and the Monaro is at the edge of their climatic range, so the Millennium drought and ongoing climate change may have pushed the trees beyond a critical threshold.

A vision of future forests?

Whatever the cause, the size and impact of dieback is comparable to the heightened bushfire threat in Australia - but unlike expected recovery after a fire, species lost to dieback may never regenerate. This potential impact should raise significant alarm, but to date, the Monaro dieback has received relatively little attention or action.

What is also particularly concerning is the speed at which this dieback occurred, leaving other species little chance to adapt. There is no evidence that other tree species will naturally fill the gap, and attempts to replant local species have been largely unsuccessful, so we may need to introduce replacements.

Species from more arid areas may be needed to tolerate the predicted future climate and provide some of the ecosystem function that has been lost - but how do we select which species to introduce?

The Monaro with its dead hulks of trees may be a stark vision of the future, especially for those thousands who pass on their way to the ski fields during ever shorter snow seasons.

However it also emphasises the need to better predict and prepare for dieback events, particularly where a dominant species is on the edge of its range. We need to determine what species and active management practices we need to replace our missing tree icons.

We will have to decide what values we place on trees and forests, and plan how we want the landscape to look in 100 years’ time. 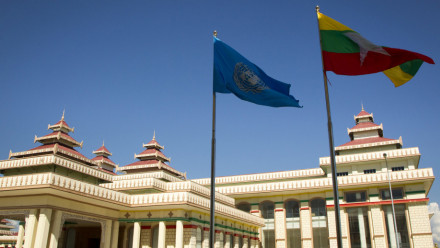 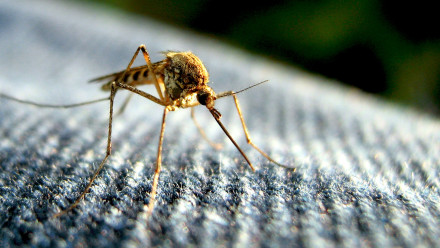