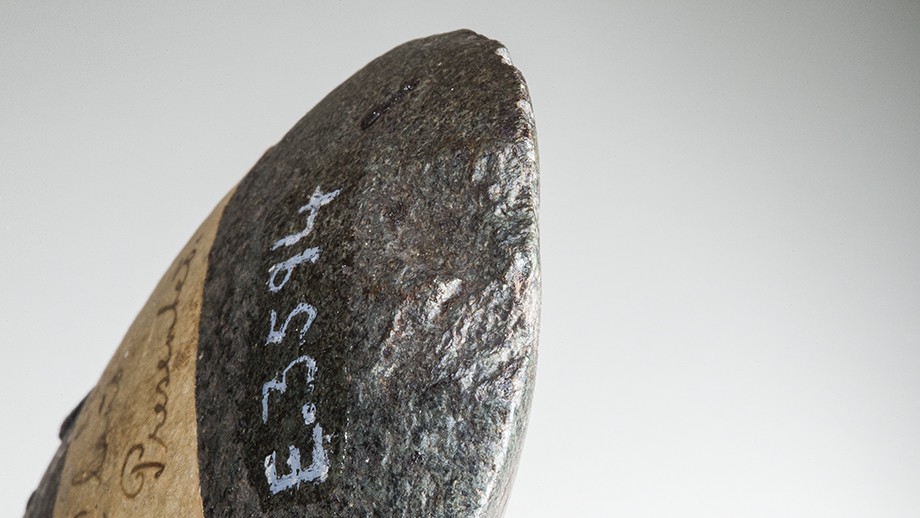 This is the earliest evidence of hafted axes in the world. Nowhere else in the world do you get axes at this date.

Archaeologists from The Australian National University (ANU) have unearthed fragments from the edge of the world's oldest-known ground-edge axe, found in the Kimberley region of Western Australia.

Lead archeologist Professor Sue O'Connor said the axe dates back between 46,000 and 49,000 years, around the time people first arrived on the continent.

"This is the earliest evidence of hafted axes in the world. Nowhere else in the world do you get axes at this date," said Professor O'Connor from the ANU School of Culture, History and Language.

"In Japan such axes appear about 35,000 years ago. But in most countries in the world they arrive with agriculture after 10,000 years ago."

Professor O'Connor said this discovery showed early Aboriginal technology was not as simple as has been previously suggested.

A hafted axe is an axe with a handle attached.

"Australian stone artefacts have often been characterised as being simple. But clearly that's not the case when you have these hafted axes earlier in Australia than anywhere else in the world," she said.

Professor O'Connor said evidence suggests the technology was developed in Australia after people arrived around 50,000 years ago.

"We know that they didn't have axes where they came from. There's no axes in the islands to our north. They arrived in Australia and innovated axes," she said.

Once unearthed, the flakes were then analysed by Professor Peter Hiscock from the University of Sydney.

"Since there are no known axes in Southeast Asia during the Ice Age, this discovery shows us that when humans arrived in Australia they began to experiment with new technologies, inventing ways to exploit the resources they encountered," Professor Hiscock said.

"The question of when axes were invented has been pursued for decades, since archaeologists discovered that in Australia axes were older than in many other places. Now we have a discovery that appears to answer the question," Professor Hiscock said.

Professor Hiscock said although humans spread across Australia, axe technology did not spread with them.

"Axes were only made in the tropical north. These differences between northern Australia, where axes were always used, and southern Australia, where they were not, originated around the time of colonisation and persisted until the last few thousand years when axes began to be made in most southern parts of mainland Australia," Professor Hiscock said

The axe fragment was initially excavated in the early 1990s by Professor O'Connor at Carpenter's Gap 1, a large rock shelter in Windjana Gorge National Park in the Kimberley region of WA.

New studies of the fragment have revealed that it comes from an axe made of basalt that had been shaped and polished by grinding it against a softer rock like sandstone.

This type of axe would have been very useful for a variety of tasks including making spears and chopping down or taking the bark off trees.

This work resulted from an Australian Research Council Linkage grant awarded to Professor O'Connor and Professor Jane Balme of The University of Western Australia.

An article on the discovery has been published in in the journal Australian Archaeology.