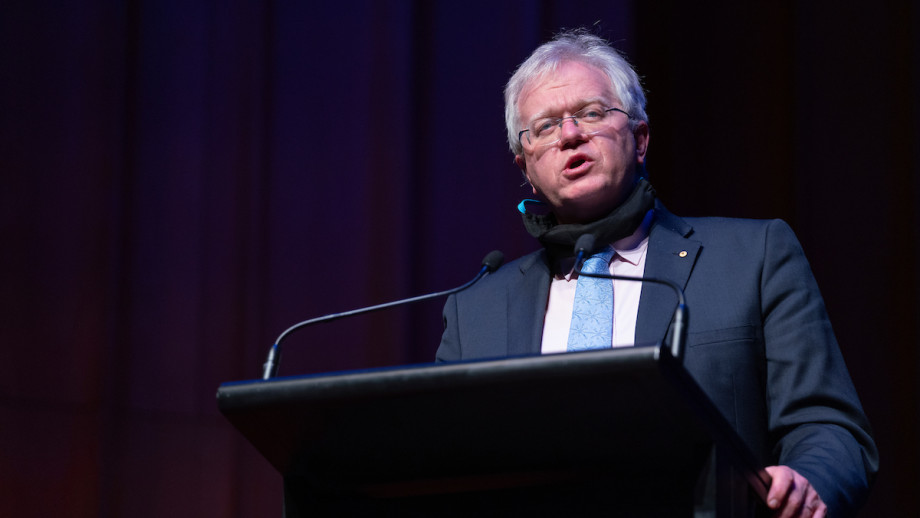 Vice-Chancellor Professor Brian Schmidt has said ANU "is reporting for duty again", as Australia looks to recover from devastating bushfires and meet the challenges of the global coronavirus pandemic.

The comments come as ANU marks the 74th year since its founding as Australia's only national university on 1 August 1946.

"It was a bold attempt to build a stronger, more prosperous and fairer nation out of the catastrophe of World War Two," he told staff and students via livestream and a small audience in Llwellyn Hall.

"Our job as the new national university was to supply the knowledge, research and trained people to get the job done.

"We reported for duty, served and succeeded. Brilliantly.

"With Australia and the world now in another catastrophic situation as a result of the Covid-19 pandemic, ANU is reporting for duty again.

"ANU and Australia's three dozen other universities are among the most important assets Australia possesses, and investing in them is one of the best long-term decisions the nation can make."

Professor Schmidt outlined the "special role" and "unique national responsibility" of ANU in the fight against the COVID-19 pandemic.

Examples include the ANU Makerspace designing and manufacturing thousands of sterilised personal protective devices for frontline health and pathology lab workers, free of charge, as well as the 35 ANU experts who have been seconded to government departments to provide health policy advice.

"They've become familiar faces in the media, but their public appearances are just the tip of the iceberg of what they and other ANU experts have been doing."

Professor Schmidt's wide-ranging speech also touched on how ANU could ensure a brighter future for Australia and the world - noting "the period ahead is looking increasingly problematic".

"This moment of national crisis, which calls for a new era of national reconstruction, makes this the opportune time to restate the importance of the ongoing relationship between Australia and its national university. We're determined to keep doing what we were founded to do: provide the knowledge, research and trained people to help the nation rebuild, remain united and prosper.

"In other words, an Australian national university in every sense.

"Such a university proved invaluable to the first national reconstruction effort. It will prove invaluable in its second." 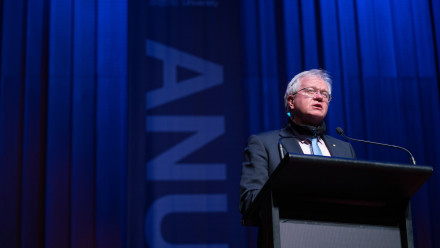