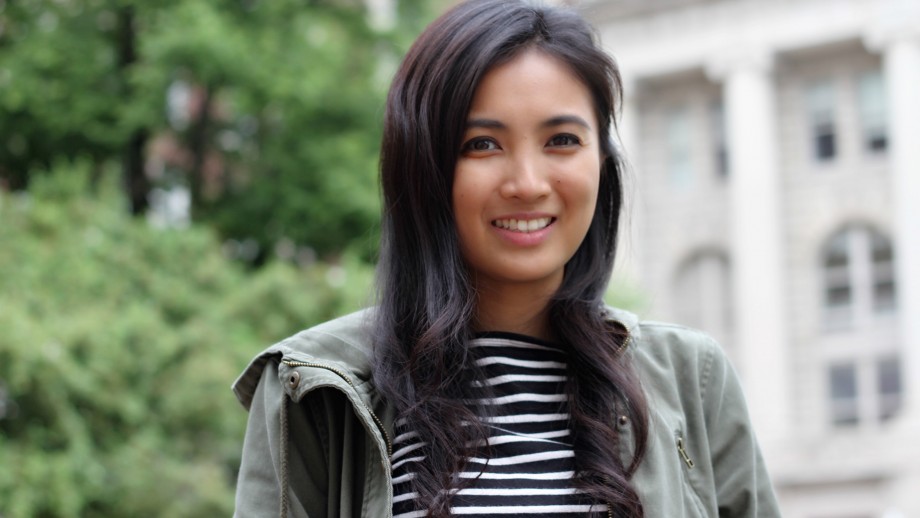 Meet Dahlia Simangan, a PhD candidate at the Department of International Relations at the Coral Bell School of Asia Pacific Affairs. Dahlia is off to The Hague, Netherlands, to present a workshop paper on post-conflict peacebuilding.

Dahlia, what do you do at ANU?

I am a third year PhD student at the Department of International Relations of the Coral Bell School of Asia Pacific Affairs. My dissertation is entitled The Responsibility to Rebuild: Exploring the Future of UN's Approach to Post-Conflict Peacebuilding.

That's difficult to answer because the University's campus is beautiful and close to nature, but my favourite would be the gazebo located behind Toad Hall that is facing Sullivan's Creek. I'm a resident of Toad Hall since I arrived in Canberra in 2012.

From the gazebo, I can see Telstra Tower on top of Black Mountain, the football field, the ducks and birds, the possums at night, and the willow trees. It's a great place to relax and consolidate my thoughts. It embodies the holistic, dynamic, and enriching experience I get from ANU.

If you were free for an afternoon, you would....

I would cycle by Lake Burley Griffin. The reflection of the sunset on the still waters of the lake is stunning.

What does it mean for you to be presenting a workshop paper at The Hague?

It is an opportunity to present my research at the 2015 Annual Meeting of the Academic Council on the United Nations System (ACUNS). ACUNS is a global association of academics, practitioners, civil society, and students dedicated to the work and study of the United Nations, multilateral relations, global governance, and international cooperation.

I feel grateful and honoured to be selected as the recipient of the ACUNS 2015 Dissertation Fellowship Award. The Award recognizes emerging students of extraordinary potential who have reached the stage of writing an advanced graduate-level dissertation on a topic of direct and demonstrable relevance to the United Nations and/or the UN system. This gives my research a chance to be recognised by scholars and practitioners who specialise on UN-related topics. It also entails a monetary component to assist me in completing my degree.

This June, ACUNS commemorates the 70th anniversary of the founding of the United Nations by holding a conference entitled The UN at 70 - Guaranteeing Security and Justice. Apart from presenting a workshop paper about my research at The Hague Institute for Global Justice, I will also be introduced as the award recipient. This opportunity motivates me not only to continue my studies but also to share my research to a wider audience and hopefully influence policy-making. It is also encouraging to know that the work I've put into this research project, with the supervision of Dr Katrina Lee-Koo and Dr Luke Glanville, is heading towards the right direction.

You'll be speaking about your research into the UN's approach to post-conflict peacebuilding. Can you give us a little taste of some of what you've found in your research?

My dissertation examines the combination of institutional/top-down and local/bottom-up approaches of peacebuilding employed by UN transitional administrations in post-conflict societies. Guided by the recommendations of the 2001 Responsibility to Protect (R2P) document, I aim to update the rebuilding pillar of the R2P to inform future post-conflict peacebuilding missions. Last year, I conducted my fieldwork in Cambodia, Kosovo, and East Timor to interview individuals who were involved during the transition.

There are findings from my research that I look forward to develop further. One of them is about how the security mandate of UN transitional administrations broadened the concept and provisions of security by making the local population the core recipient. However, while the security mandate has the emancipatory intent, it sometimes produces a counter-emancipatory effect. It is mainly due to the limited and delayed local participation coupled with UN's bureaucracy, politicking, and obsession with neutrality and exaggerated but crude stability. UN's focus on preventing the reoccurrence of conflict by co-opting with the men with guns, for example, prevented the UN transitional administrations to move away from the security status quo that once dominated the country/territory. While foreign sources of security threats were successfully removed, the groups the UN transitional administrations partnered with became the replacement of previous regimes carrying with them new security threats that are now directed to the marginalised groups. The authoritarianism in Cambodia, the weak minority rights in Kosovo, and the disenfranchisement of other security groups in East Timor were the results of the lack of implementing an emancipatory approach.

How did you become interested in the subject of post-conflict peacebuilding?

I wrote my master's thesis on humanitarian intervention and R2P and I realized that these are highly debatable topics. But I also noticed that what happens after an intervention is often overlooked in the literature. The R2P is not just about the use of diplomatic tools and military force for humanitarian purposes; it is also about post-conflict peacebuilding. However, in 2005, when the UN General Assembly adopted the World Summit Outcome Document in which the R2P was included, the "Responsibility to Rebuild" was sidelined. Given the uneasy stability in many parts of the world, it is important and timely to revive and develop the recommendations of R2P on rebuilding post-conflict societies. It is an international security concern if a post-conflict society relapses to conflict. Not only were previous international peacebuilding efforts and resources wasted but the conflict may morph into a more severe and intractable one.

How are you hoping your research will assist organisations such as ACUNS?

I hope that my research will inspire organisations to consider bottom-up approaches in studying peace and conflict and implementing policies that incorporate local perspectives. The very people who experienced the conflict and the transition to peace should be given avenues to be involved in the activities of international organisations. I also hope that my research will be able to contribute to the improvement of how the UN and other international organisations that are involved in peacebuilding missions operate in post-conflict societies.

You're also a visiting scholar at Columbia University. Can you tell us what you do there?  What is post-conflict economic development?

Columbia University started hosting me last April. I'm currently working with the Earth Institute's Advance Consortium on Conflict, Cooperation, and Complexity (AC4) on post-conflict economic development. Economic development is one of the four areas I'm looking at in my research, together with security, justice and reconciliation, and good governance. All of these areas are recommended by the R2P as the most pressing issues in post-conflict societies. I'm currently writing my thesis chapter on post-conflict economic development using the resources and networks of Columbia University. I also look forward to contribute to the projects of AC4 related to reconciliation and governance.

Post-conflict economic development is the encouragement of a sustainable economic growth that equally benefits the whole of population by rehabilitating economic institutions through economic reform policies that promote long-lasting peace and reconciliation. I formulated this definition based on the broadening concept of development and the unique and challenging context of post-conflict societies.

What are you aiming to do once you finish your PhD?

I definitely want to learn more about peacebuilding. In addition to being a part of the academia after I complete my PhD, I aim to be involved in peace and development projects through international organisations such as the UN. 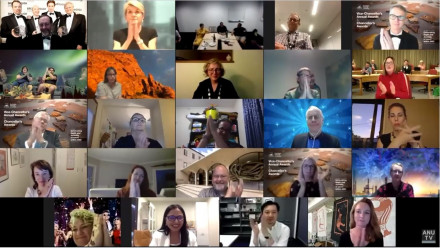 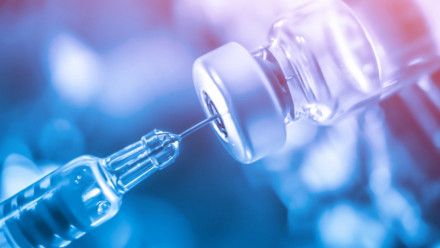 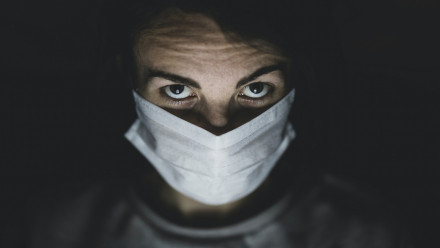