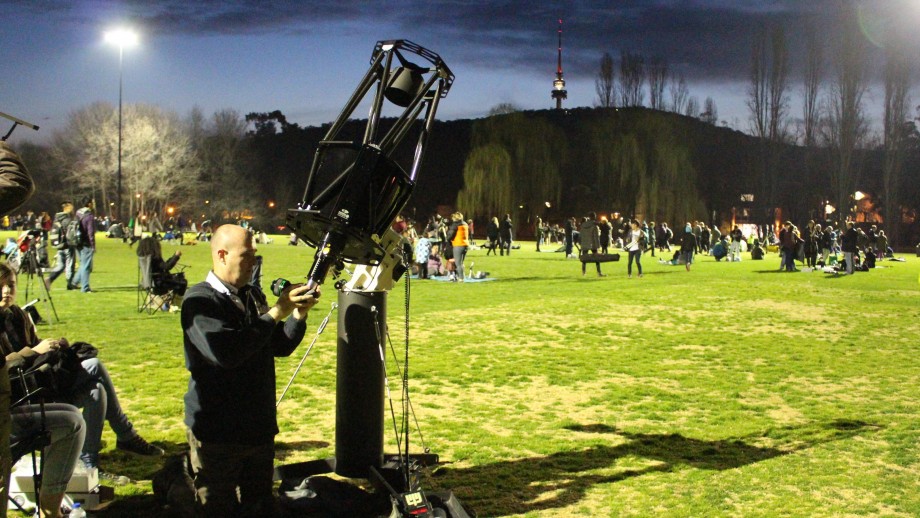 I was blown away by how enthusiastic people were - the weather was not brilliant but still people turned out in droves.

A national stargazing event organised by The Australian National University (ANU) has won a second Guinness World Record for Australia.

The 21 August event has been recognised for setting a record for the most people stargazing at the same time across multiple sites in one country.

Astronomers Dr Brad Tucker and Dr Emma Kirby coordinated 7,960 people at 37 sites from Tasmania to Western Australia to all turn their eyes to the heavens simultaneously, smashing the previous record of 3,006 people at 33 sites in Mexico.

"I was blown away by how enthusiastic people were - the weather was not brilliant but still people turned out in droves," said Dr Tucker, from the ANU Research School of Astronomy and Astrophysics.

"It shows Astronomy really is an inspiring science for everyone."

Five sites were rained out on the night or did not meet the Guinness requirements, with the largest successful group on the ANU campus.

The ANU campus stargazing event attracted 1,869 people, which was awarded a world record on the night for the most people stargazing at a single site.